It was the pandemic, Twitter says, that freed the company to attach fact-check warnings to a pair of U.S. Present Donald Trumps tweets this week.

Critics have complained for years that Twitter lets Trump run wild on the platform. But the company had generally taken a hands-off approach to the president, partly because of a company policy that considers it in the publics interest to know what world leaders are thinking, and partly because Twitter judged many of Trumps tweets to fall into a gray area not covered by its rules banning specific behaviors like abuse or posting hateful content.

Twitter says the coronavirus outbreak prompted it to re-evaluate its approach to these gray-area tweets and treat some of them as potentially dangerous.

“We now have the tools in place to label content that may contain misleading claims that could cause offline harm,” said Rosborough. Those tools include the warning labels attached to Trumps tweets that link to a Twitter “Moment,” or collection of content, explaining objections to his post.

Twitter has in recent months been quietly laying the groundwork for further questioning of Trumps tweets.

Twitter has not yet defined what generally counts as offline harm, but in the case of coronavirus-related content, it has identified tweets like those that advocate protecting yourself from the virus using methods public health authorities say are ineffective.

Now Twitter is applying a similar metric to non-coronavirus-related tweets by the president of the United States.

On Tuesday, Twitter added warning labels to two Trump tweets claiming, without evidence, that mail-in ballots, like those being used in California amid the pandemic, are likely to be “substantially fraudulent.” The labels directed users to a link to “get the facts about mail-in ballots.”

That decision has triggered a high-pitched confrontation with Trump, who vowed Wednesday to take “big action” against social media companies that he accuses of silencing conservatives. White House Press Secretary Kayleigh McEnany later said Trump will sign an executive order Thursday aimed at social media companies, amid a flurry of calls from GOP allies for reducing the companies protections from lawsuits.

But Twitter has in recent months been quietly laying the groundwork for further questioning of Trumps tweets — possibly setting the stage for even harsher collisions with a president and his supporters already raging against the San Francisco company.

That said, Twitter has at least one reason to not be as shaken by such threats as bigger players in social might be. Unlike Facebook and Google, the company is too small to trigger the scrutiny of federal antitrust authorities who could be leaned on by an angry president.

The company has made other recent moves in the political arena meant to inoculate it against complaints that its destabilizing democracy in the United States but that have also served to anger some on the right, including banning political advertising altogether.

The coronavirus lesson for Twitter was that the companys trust and safety team, which is charged with taking action on inappropriate posts, could selectively challenge tweets that dont violate its stated rules — the black-and-white laws of Twitter that gets tweets deleted for specific behaviors like encouraging violence — but that wade into grayer territory, where by misleading or confusing people they can cause real-world harms. In those cases, the supposed worst-of-the-worst get tagged with additional context from around the web, summarized by a specialized Twitter content team.

Under the new approach, for example, Twitter added warning labels to tweets alleging that the novel coronavirus was spread not by human contact but the wireless technology 5G.

“Our research has shown people dont want us to decide whats true for them, but they want us to provide further context when possible,” Rosborough said.

In the case of the Trump tweets on mail-in ballots, part of the harm calculation was their timing: Trump was calling mail-in ballots “fraudulent” right at the moment some U.S. states are using them to administer elections amid the pandemic, the company said.

On the left, many argue that Twitter is only taking the weakest possible action in response to rampant misinformation.

But while Twitter may see the decision as a natural evolution, this weeks tagging of the Trump tweets about mail-in ballots marks a change in the companys posture toward the president, and could be the beginning of a new escalation of tensions. It was the very first application of Twitters new approach on misinformation to tweets not having to do with COVID-19 — much as, back in February, the company first applied a three-day-old policy on so-called synthetic media to a tweet from Trump aide Dan Scavino featuring a clipped video of Joe Biden.

And the Trump warning labels have significantly ratcheted up tensions between Trump and Twitter.

Trump denounced Twitter over its flagging of his mail-in-ballot tweets, and POLITICOs Playbook reported Wednesday afternoon that the White House is working on a threatening letter to the company. Twitter declined to comment on both that would-be missive and the reports of an imminent executive order. 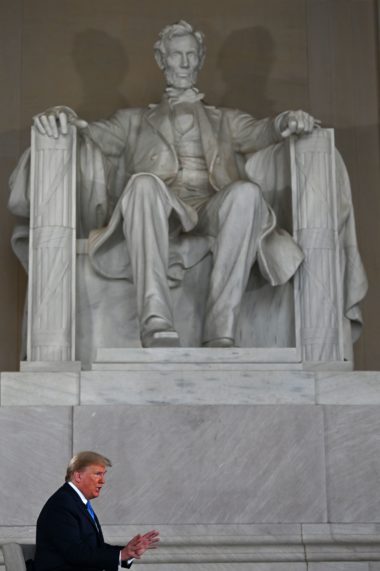 On the left, many argue that Twitter is only taking the weakest possible action in response to rampant misinformation from the White House and ignoring many tweets that are just as egregious. The same day that Twitter decided Trumps voting tweets went too far, it declined a request by the husband of a deceased Florida woman whom Trump had suggested with no evidence had been murdered by MSNBC host Joe Scarborough. The company said the decision to leave Trumps Scarborough quotes alone was made quickly, as they were judged to not be in violation of any of Twitters existing policies.

But Twitter left a hint this week that it may continue to expand the categories of tweets it evaluates with this new approach to tweets like the one Trump levied at Scarborough.

In expressing sympathy to the widower, Twitter gave a bit of insight into its thinking in a line that looked at first like a throwaway: “Weve been working to expand existing product features and policies so we can more effectively address things like this going forward, and we hope to have those changes in place shortly.”

Skeptics will say that Twitter remains, as it has been throughout its 14-year existenceRead More – Source

Background Checks Are Required To Buy Ammunition In California

See the future on your telly-phone

admin - September 2, 2018
0
NC HEADPHONES: If you are worried about your wireless cans running out of juice, help is at hand ..