Michael Winkleman, the family's attorney, said at a news conference the "singular goal" of the lawsuit is to raise awareness about the risk of falling from windows and "prevent this from ever happening to another child again."Chloe Wiegand, 18 months old, was playing on a Royal Caribbean ship docked in Puerto Rico with her grandfather, Salvatore "Sam" Anello, when she fell from an open glass window to her death. The lawsuit says the glass panes on the deck can be slid open by any passenger, and the walls didn't contain warnings that the panes could open. Chloe's family argues the cruise line failed to comply with industry safety standards to prevent guests from falling from windows.Kimberly Wiegand said the cruise line "played a major role" in the toddler's death. She said she hopes the lawsuit improves safety on board for children and families."If this lawsuit prevents another death, then it is worth it to us," she said.Royal Caribbean spokesman Jonathon Fishman declined to comment on the civil filing when reached by CNN."Our hearts go out to the family for their tragic loss. Mr. Salvatore Anello is currently being criminally prosecuted for negligent homicide in the case," Fishman said. In July, Anello was supervising Chloe on the 11th deck of the Royal Caribbean ship Freedom of the Seas, according to the suit.The lawsuit says Chloe wandered over to a wall of floor-to-ceiling glass on the deck, and he didn't realize one of the panes was open. 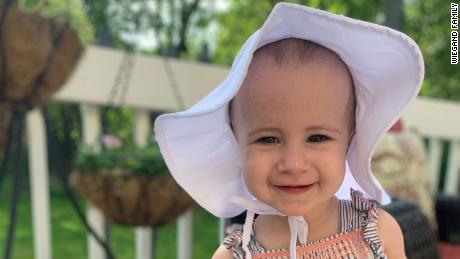 The suit says Chloe asked to be lifted up to bang on the glass, something she did frequently at her brother's hockey games. Anello hoisted her up and she leaned forward, but she slipped from his hands through the open pane and fell 150 feet onto the San Juan Pier, according to the suit. She died from the fall. Anello told CBS News he wouldn't have placed the toddler near the window if he'd known it was open. He noted that he's colorblind, which might explain why he didn't notice the tinted glass was open. "If there were some kind of warning sign, we wouldn't even have been near it."

The details of Chloe's death have been disputed since the accident. Officials for the port authority said her grandfather sat her in the window, lost his balance and the toddler fell to her death. Puerto Rican authorities charged Anello with negligent homicide.Wiegand said she doesn't support the charges against Chloe's grandfather, who is her stepfather. Read More – Source

Nintendo Direct and Keanu Reeves were most tweeted E3 topics

admin - June 29, 2019
0
England will take on the US in the semi-finals of the Women's World Cup after the Americans kno..

Home, I’m Darling is here to shake us out of our...

admin - August 7, 2019
0
President Trump has attacked Google in a series of tweets referencing allegations of the company&#03..