Explore your favorite films from each decade: Watch CNN's "The Movies" Sundays at 9 p.m. ET/PT.Or "Lawrence of Arabia," "Annie Hall" or "Saving Private Ryan." I have seen "The Lord of the Rings: The Fellowship of the Ring" … but I'm not sure I would call it a "classic" film. So who's got it right? Me, a person who can quote the most famous movie lines of all time with ease, or the American Film Institute, which lists all of those movies among its top 100 American ever made? Before you answer with angry, disappointed emails, consider the perspective of classic movie expert and TCM host Ben Mankiewicz: If we're debating what qualifies as a classic movie, then we're both correct. "I've probably been asked that question more than any other. Everybody says, 'So what makes a film a classic?' And the answer to that is, I don't know. It really depends," Mankiewicz explains. "What I do know is that if you're arguing about it, then I think we're doing our job. This question is supposed to be argued over, and it's supposed to be argued over passionately."Below, "The Essentials" host breaks down his argument for what makes a classic, what that label means, and six movies he thinks deserve that title. We hope that you passionately disagree. And if you do, know that you're doing something right. Let's start with the main question: What makes a movie a classic film? Ben Mankiewicz: I think that two things have to apply:

Take a movie like "Gone With the Wind." It's okay with me if I never see "Gone With the Wind" again; it has no real emotional resonance for me. When "Gone With the Wind" came out in 1939, there was very little criticism about its nonchalant, at best, approach to slavery. Now here we are, 80 years later, and most people would agree that's a major shortcoming. To some, myself included, it's such a shortcoming that I don't really like the film.But "Gone With the Wind" changed the way movies were made. More than that, it changed how directors and producers could conceive of a movie. They saw this grand canvas to tell a story, and it taught them that that canvas could be far broader than they'd ever imagined. That makes "Gone With the Wind" a classic, whether you dislike it or whether you think it's one of the best movies ever made. But there does seem to be some sort of canon that's generally agreed upon by film critics, historians and film buffs. How do those movies get that kind of consensus?Mankiewicz: Talking about what makes a classic is a challenge, because in every single answer I want to say, "Well, this movie has stood the test of time." But I do not want to say, "This movie has stood the test of time," because it's a cliché and it's come to mean nothing. That said, there are some movies that have simply stood the test of time. (You have to ask), does it hold up as a great piece of art? I'm not trying to sound fancy when I say that, but these are collaborative works of art. Why does it matter whether a movie gets the "classic" label? Mankiewicz: I mean, big picture, it doesn't. Little picture, it means everything, because movies reach us emotionally. And when we are emotional, we also try to share that feeling with others.If somebody we care about doesn't react the same way that we did (to a movie), we want to know why. Right? If somebody else sees "Casablanca" and isn't moved by it, and it's somebody I care about, my God, I want to know why. I want to know what's wrong with them. And I want to know if I can help. 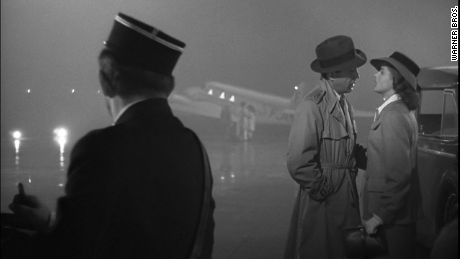 If I love a movie, I desperately want other people to love it. If somebody isn't dazzled by a movie that I love, if somebody sees Stanley Kubrick's "Paths of Glory" and thinks, "Meh, it was boring. There was too much talking" — I mean, I don't want to walk away from that person. I want to go nose-to-nose with that person like Earl Weaver and Ron Luciano, umpire to manager, in a 1975 ball game. You know? I want us to be spitting in each other's faces, we're so angry defending our points.Movies prompt an emotional reaction, and so this idea of what makes a movie a classic prompts those conversations. We're better people because of those conversations. We're better movie lovers when we have those conversations. Do you think the passing of time can change what we consider to be a classic? Mankiewicz: I think as we grow as a culture, we start shifting our opinions about some of these classic films. The passage of time makes a difference in how we assess movies, and it should. That's progress. It's okay to change your mind on a film. It's okay to change your mind on a film individually, and it's okay for us, as a society, to change our mind on films collectively.All of that is valid for a conversation about what makes a movie a classic. It also means, I suppose, that a movie could conceivably lose its classic status.What's a classic that you would start somebody out on — a movie that you'd describe as a classic example of a classic film?Mankiewicz: First of all, I hate that question. But with a gun to my head, I would say:

Fitness advice: How keeping a diary could help you hit your health goals

How a determined director got ‘Hustlers’ to the big screen

Vestager plays down role of complainants in Android probe