European officials are finally getting a chance to grill Mark Zuckerberg — and prove they have a firmer grasp of privacy issues than peers in the U.S. Congress.

The Facebook boss has already faced questioning over his companys handling of massive data misuse that affected more than 87 million users, including 2.7 million Europeans. Since the scandal broke, the company has banned 200 apps due to an ongoing internal investigation, hinting that more headlines about privacy violations are likely.

But when Zuckerberg addressed U.S. senators and members of congress in a two-day long grilling session in Washington D.C., much of the post-game analysis was about the politicians failure to pin him down. The problem: the representatives shaky grasp of technical issues.

We wouldnt want the same to happen in Brussels.

To inspire lawmakers who will be questioning the Facebook chief, POLITICO polled a group of MEPs, lawyers, digital interest groups and privacy activists for their views on the most pressing issues facing Facebook. Not surprisingly, they wanted to know how Facebook plans to comply with the General Data Protection Regulation, an overhaul of privacy rules that will be enforced from May 25.

Here is our suggestion for how they might go about the questioning:

— Your company recently changed its privacy policy and introduced a set of tools for users to review their settings. You asked users to reconsider whether they want to share sensitive data like their religion. If a user said “no,” does this mean Facebook has deleted or will delete this data from its records?

— Is it correct that advertisers can target people on Facebook based on characteristics such as “communism,” “Christianity,” or “LGBT issues”? Processing “special categories of data” (sometimes called sensitive data) is prohibited under the GPDR. Which exception to the prohibition does Facebook invoke? Does Facebook claim that people gave their “explicit consent” for such targeting (Article 9(2)(a) of GDPR)?

— Facebooks new data use policy leaves room for diverging interpretations. The data use policy seems to suggest that Facebook does not rely on the users consent, but on another legal basis: necessity for contract performance. Could you explicitly say which legal basis (in Article 6 of GDPR) Facebook invokes for personal data processing for targeted advertising on its site? 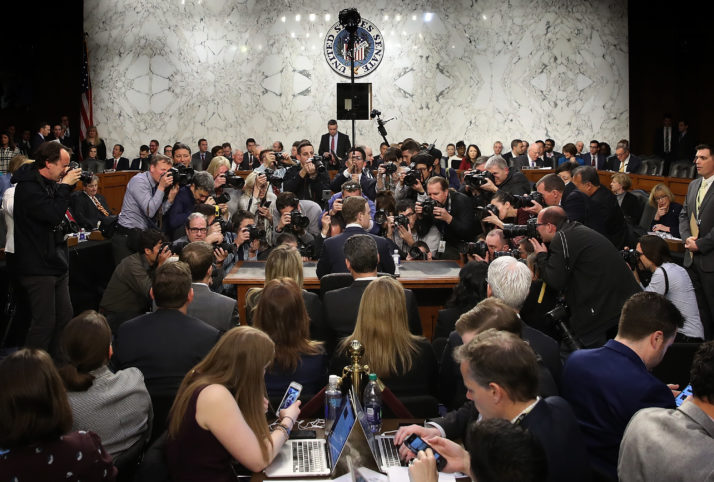 — After years of having Facebooks international operations based in Ireland, you recently announced you were pulling data on users internationally to data centers outside of the EU. How does this affect the turnover of this Ireland-based legal entity, and does this mean a GDPR fine of 4 percent global turnover would be smaller now than it was before this change?

— The GDPR includes new provisions on profiling and automated decision-making. How are you going to change your ad targeting practices to be compliant?

We need to talk about data and politics.

European data protection authorities are looking into the impact of the Cambridge Analytica scandal in their countries. As a group, they are supporting the U.K.s Information Commissioners Office in its probe of Facebook, Cambridge Analytica and the use of data in political campaigning. The European Commission, too, is looking at how it can help avoid such large-scale use of personal data for political purposes — which European Justice Commissioner Věra Jourová has likened to “communist” voter manipulation.

— If a user sees a political message, how can the user easily see why and how he was targeted?

— How much, in percentages of the global turnover and in absolute figures, did Facebook earn on targeted political advertising linked to the campaign around the U.K. referendum on Brexit? And how much during the U.S. election in 2016? How much of this income came directly from political parties?

— If a similar situation to the data misuse of Cambridge Analytica were to happen again, who would be responsible: Facebook Inc. or Facebook Ireland?

— You have said you will take action on how foreign interests buy targeted advertising. The Irish political campaigns around the abortion referendum show many of the problems persist, with an MP calling it a “completely rudderless, completely unpoliced situation.” Within which time frame would you argue Facebook is able to better deal with such problems?

Privacy isnt the only issue youre facing in Europe.

In his press statement announcing Zuckerbergs visit, Parliament President Antonio Tajani suggested the meeting could include discussions on issues like how Facebook deals with illegal content, misinformation and fake news, and paying publishers. Right-wing groups have suggested they want to discuss freedom of expression on Facebook — a topic linked to how the platform deletes illegal posts or manages harmful content.

So lets take a short diversion from privacy and see what they can ask Zuckerberg on that.

— Is there a need for stricter rules for platforms like those that exist for traditional media? (Asking for a friend.)

— You said in your U.S. Congress hearing that Facebook is responsible for the content on the platform. Does that mean Facebook would be open to reopening Europes limited liability regime in the e-Commerce Directive? 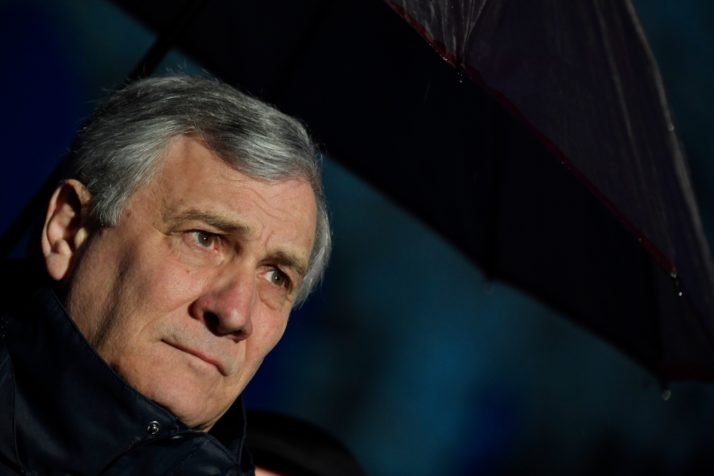 — France wants to regulate fake news on platforms and Germany has already instituted its own law against online hate speech. If more countries come up with such rules or if there is a pan-European regulation of the same nature, what will that mean for Facebooks bottom line?

— What other changes can we foresee in Facebooks fight against fake news and hate speech and other “bad content”?

— Advertisers and publishers complain that they are forced to deal with only one or two dominant players in the digital marketplace for content and advertising. How would you convince EU officials that Facebook doesnt pose competition problems?

The meeting with Facebooks CEO is officially a Conference of Presidents meeting, the European Parliaments highest-level decision-making group. It includes the leaders of every political group in Parliament. Jan Philipp Albrecht, who co-authored Europes new privacy rulebook, will be in the room with Zuckerberg, as will the Chairman of the civil liberties committee Claude Moraes. Leaders will speak in turn and have the time to ask Zuckerberg one question and one follow-up to his answer on the question.

No doubt, many questions will remain unanswered.

Joanna Plucinska contributed to this article.

The Long Weekend: Vikings, Edvard Munch and the best seafood in Oslo

PS5 and Xbox Scarlett UPDATE: Good news for PS4, Xbox One and Crossplay in...

Facebook to pay €106M in back taxes in France

These are the victims of the Florida yoga studio shooting

With political leaders on the sidelines, sport could take the lead...

admin - March 31, 2019
0
London fintechs dominate the latest entries to a government-backed startup programme as the capital&..