Radiohead have denied claims they filed a lawsuit against Lana Del Rey for copyright infringement.

Del Rey said on Twitter that the band wanted 100% of the publishing rights to her track Get Free, feeling it was too similar to their 1992 hit Creep.

But the band's representatives have said no suit has been filed and the claim will not be taken to court.

They added that they had been in discussion with Del Rey's representatives since last August as "it's clear that the verses of Get Free use musical elements found in the verses of Creep".

"We've requested that this be acknowledged in favour of all writers of Creep," the band said in a statement issued by their publishers Warner/Chappell.

Making her original claim on Sunday, Del Rey tweeted: "It's true about the lawsuit.

"Although I know my song wasn't inspired by Creep, Radiohead feel it was and want 100% of the publishing.

"I offered up to 40 over the last few months but they will only accept 100. Their lawyers have been relentless, so we will deal with it in court."

Radiohead themselves were successfully sued over Creep's resemblance to The Hollies' song The Air That I Breathe.

The band had to credit The Air That I Breathe's writers in the notes to their Pablo Honey album and reportedly gave them a cut of the royalties.

Hear Creep and Get Free below: 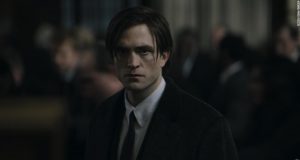 ‘The Batman’ production shut down due to Covid