Peppa Pig has been scrubbed from the record in China. Thousands of clips of the plump pink character loved by children worldwide have been expunged from Douyin, one of Asias most used video-sharing platforms, and the deployment of her name as a hashtag has been banned. Peppa has been condemned for subversion. She is too popular, says the state, with “unruly slackers”.

Peppa should be proud. Childrens books and TV shows have horrified authority almost from the very start. The nature of the early tales aimed at children is perhaps best demonstrated by the title of Puritan minister James Janeways then-bestselling volume published in 1671: A Token for Children – being an Exact Account of the Conversion, Holy and Exemplary Lives, and Joyful Deaths of several young Children.

Not many laughs, but these kinds of religious tracts were all that children were provided with. Entertainment was the subversive notion then.

Absent the power of a communist dictatorship, alas, it nevertheless crept in. Drama, fun and adventure gradually took more and more of a starring role until, one day in 1865, an Oxford mathematician writing under the pseudonym Lewis Carroll published a book that would come to be considered the beginning of modern childrens literature; Alices Adventures in Wonderland, a story shocking in both form and content.

For the first time, it spoke only to the child reader, instead of with a dual address that implicitly included an adult sensibility. The central character, Alice, was confident, opinionated – and a girl! (Reading the book today, it is still striking how modern she sounds, and acts). And there was no moral message at all, no matter how deeply you delved. It was Nonsense, before that could be a term of praise. Just sheer nonsense!

But child readers love a rebel. Alice has endured, as has Jo – the tomboy in Little Women who struggles with her temper, makes a living out of the deeply unfeminine activity of writing and never does learn to do her hair neatly or stop striding about quite so energetically.

Sulky, imperious, suspicious Mary in The Secret Garden unbends but never becomes what youd call a committed people-pleaser, and such progress as she does make is ascribed to the magical power of nature rather than God. Marys creator, Frances Hodgson Burnett, had herself at that point turned away from traditional doctrines as she sought any possible comfort in her grief after her adored son Lionel had died.

In more modern times, subversive authors and characters have continued to make their mark. The maverick Roald Dahl is adored for his willingness to show, in broad, snozzboggling brush strokes, the fantastical extremes of human nature while parents look on aghast and worry about the pandering to their offsprings basest instincts. Even the former childrens laureate Jacqueline Wilson has faced opposition to her stories about fractured families and foster children by those who hanker after a return to a literary prelapsarian state.

They should take heart. It is subversion that best snags infant interest and pulls them out of the current of fleeting pleasures and onto the solid banks of reading. A little insurrection beats the iPad, and brings them back into the fold. 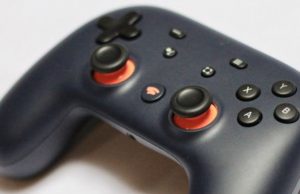 One of our favorite USB-C hubs for laptops is on sale...

Watch Lady Gaga make her entrance at the Met Gala