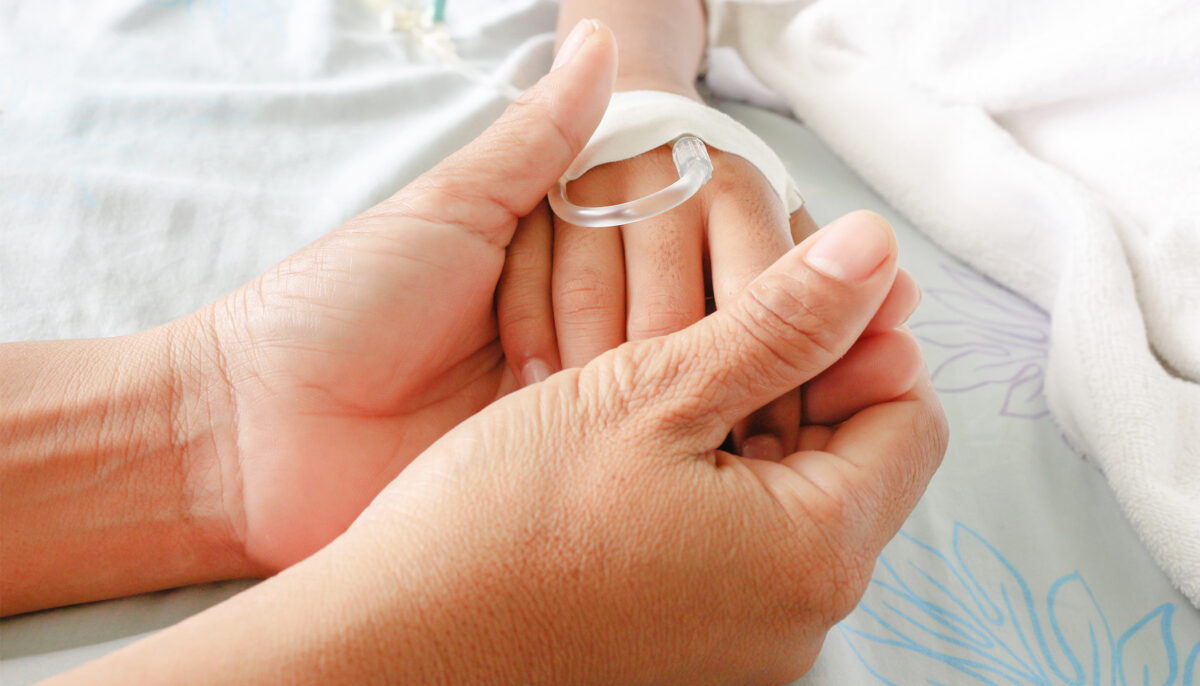 A 5-year-old brain cancer patient got the respite he so desperately needed during a long stint in hospital. He and his father faced off against two nurses in an action-packed Nerf Wars battle, armed with foam pellets and superhero costumes.

Brave patient Drew Espositos boredom was momentarily obliterated in the crossfire. His father took to social media to share footage of the friendly battle, and the heartwarming clip went viral.

The Nortons Childrens hospitals hematology and oncology nurses took time to play with Drew, giving him a distraction from his treatments.

Drew was diagnosed with medulloblastoma, a rare brain cancer, on Christmas Eve of 2018. He had been experiencing headaches and vomiting spells, and his parents initially mistook the condition for a stomach bug. Parents Jeremy and Sondra Esposito of LaGrange, Kentucky, were devastated.

“There was a lime-sized tumor in the back of his brain that was blocking his fifth ventricle and it was imperative to remove it immediately,” Jeremy told People.

Drew had brain surgery on Christmas morning to remove the tumor. “While they gave us hourly updates from the operating room,” Jeremy recalled, “it was almost midnight that evening when our surgeon came in to tell us that he had gotten it all.”

However, the ordeal wasnt over for Drew and his family just yet. The little boy, who has older siblings William, 11, and Katie, 7, faced extensive chemotherapy at Norton Childrens Hospital in Louisville, Kentucky, to keep the tumor from recurring.

“When you are stuck in the hospital for weeks at a time, you find things to pass the hours,” Jeremy explained. “When [Drew] was feeling bad, he would stay on his iPad or the TV for days, or even sleep due to the pain meds.”

As soon as the then-4-year-old started to feel better, however, his family had to get creative. So did the nursing staff. One toy, in particular, piqued the little boys interest: the Nerf gun.

“When he was feeling extra energetic he would want to have a Nerf War with Mommy or Daddy,” Jeremy recalled. “Well, eventually that turned into bringing the nurses in for battles!”

Drew had a mischievous tactic. “He would press his call button and say he needed his nurse,” Nurse Taylor Bergman told Inside Edition. “Wed walk back there ready and able to help him, and we would be bombarded with Nerf guns.”

One day, Bergman and fellow nurse Meg Garl armed themselves with Nerf pellets and superhero masks and attempted to surprise their young patient. But Drew and his father were ready and waiting.

Part of the battle was caught on camera. As one nurse ducks and rolls in the hospital corridor, rock anthem and Rocky III theme song “Eye of the Tiger” plays in the background.

The 25 most relatable ‘Friends’ episodes

Are the Obamas the next Netflix reality stars?

Cher is sent from the diva gods in Mamma Mia! Here...