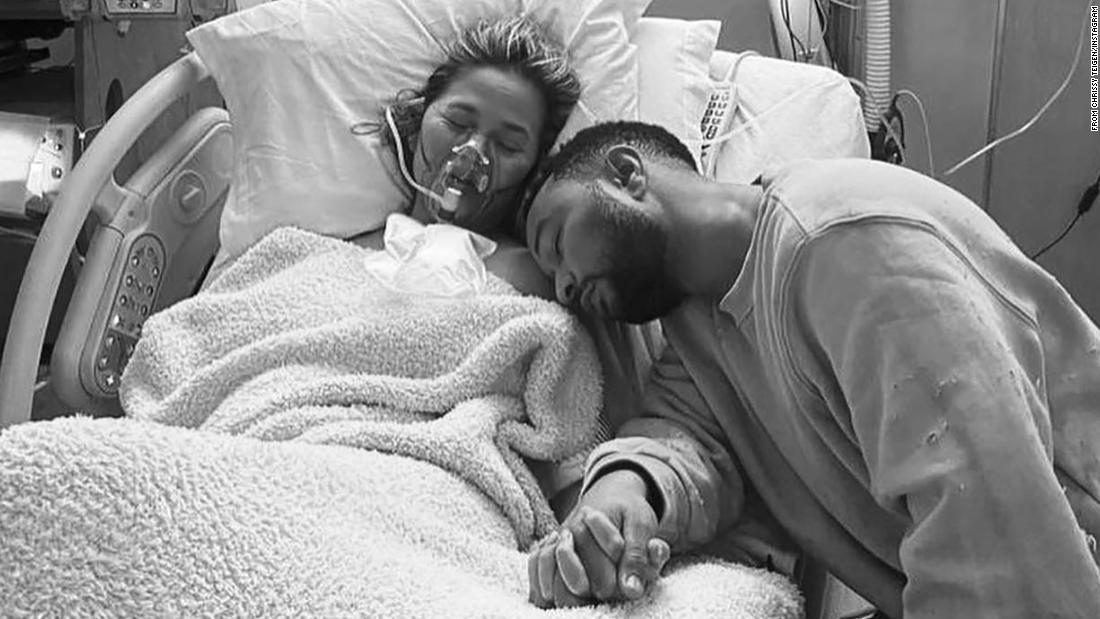 The singer posted a video of himself on Instagram on Thursday evening, performing a song that he dedicated to Teigen, and thanked fans for their good wishes and prayers. "This is for Chrissy. I love and cherish you and our family so much. We've experienced the highest highs and lowest lows together. Watching you carry our children has been so moving and humbling. I'm in awe of the strength you've shown through the most challenging moments," Legend wrote in the post. "What an awesome gift it is to be able to bring life into the world. We've experienced the miracle, the power and joy of this gift, and now we've deeply felt its inherent fragility.""I wrote this song because I have faith that as long as we walk this earth, we will hold each other's hands through every tear, through every up and down, through every test," he added. "We promised each other this on our wedding day seven years ago, and every challenge we've faced has made that promise more powerful, more resilient. Our love will remain. We will never break."The couple announced the death of their son, Jack, on their social media channels on October 1, after Teigen was admitted to hospital having been on bed rest and bleeding for "a little less than a month.""We are shocked and in the kind of deep pain you only hear about, the kind of pain we've never felt before," the statement shared on their social media channels said."We were never able to stop the bleeding and give our baby the fluids he needed, despite bags and bags of blood transfusions," the post said. "It just wasn't enough."The couple have been praised for being open about their grief and pregnancy struggles. They have two children, Read More – Source

Caitlyn Jenner Is Reportedly Getting Married

Actor would ‘step aside’ over Simpsons race row

Hillary Clinton can be deposed about her emails, judge rules