Explore your favorite films from each decade: Watch CNN's "The Movies" Sundays at 9 p.m. ET/PT.The new season, however, seemingly evoked even more comparisons than usual, many of them rooted in the 1980s and the Cold War, but some owing a debt to earlier entries in science fiction and fantasy.Spoiler restrictions prohibited calling attention to some of these items in the initial review, and that spoiler warning still applies. But for those who have had the chance to consume the episodes, here's a by-no-means comprehensive list of movies and TV shows to which the third season — which takes place during 1985 — owes a debt.These titles are separate, for the most part, from those overtly featured in the episodes, such as the movies playing in the local theater, occupying shelves at the video store or sung about in the world's nerdiest duet.For those who lived through this era, some post-binge viewing of these titles will likely rekindle some of that nostalgia. As for younger generations who might have missed many of these films and shows, consider it a demonstration of the tender loving care that goes into assembling the Netflix series or its underlying lack of originality, take your pick (or frankly, a little of both)."Red Dawn" (1984): Teenagers inventively wage guerrilla warfare against a Soviet invasion in this action vehicle set in a small Colorado town, which featured a pre-"Dirty Dancing" Patrick Swayze and Jennifer Grey, Charlie Sheen and C. Thomas Howell."The Terminator" (1984): The leather-clad killer in the latest arc of "Stranger Things" sure brought to mind Arnold Schwarzenegger's near-indestructible cyborg, impassively hunting down his quarry while shooting up a variety of public locations."The Thing" (1982), "Aliens" (1986) and Stephen King's "It" (1990): The look of the latest creature feels like a mashup of these movies and the 1990 ABC miniseries, while not knowing who to trust — who might be under the control of the alien presence — is also a key component of the first, director John Carpenter's stomach-churning version of the story brought to the screen with considerably less gore (but still quite well) in 1951. 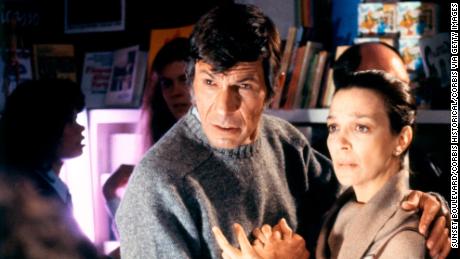 "Invasion of the Body Snatchers" (1956 and 1978): The '50s classic remains the one to watch (the remake has its moments), capturing the early stages of Cold War paranoia, where even your friends, neighbors and lovers can be replaced by a nefarious alien intruder, leading to the memorable warning, "They're not human! They're here already! You're next!""The Blob" (1958 and 1988): Forget the remake, but some of those scenes with youngsters surrounded by an amorphous threat trying to ooze its way into where they were hiding Read More – Source

A superhero story about slavery

Americans Have Already Raised Over $50,000 For The Waffle House Hero

admin - April 24, 2018
0
Just when you thought it wasnt possible – some of the most politically disparate Americans have fina..