Good Morning Britain has topped a list of 2017's most complained about TV shows – but it's fair to say Piers Morgan isn't too worried about it.

"BOOM! No. 1," he tweeted after the i newspaper revealed that a September episode featuring an interview with a gay conversion therapist had received 1,142 Ofcom complaints.

Morgan went on to decorate his tweet with two fist-punch emojis.

At the time, GMB said it was right to air the controversial interview.

Morgan, who co-presents Good Morning Britain with Susanna Reid, also retweeted a comment from Nigel Farage after the complaints list was released.

The former UKIP leader said: "[Morgan]'s doing something right then!"

During a heated debate on the programme on 5 September, Dr Michael Davidson said homosexuality was "an aberration", "a sin" and "in some cases reversible".

Morgan told him: "You know what we call these people [who offer conversion therapy]? We call them horrible little bigots in the modern world. Bigoted people who talk complete claptrap and, in my view, a malevolent and dangerous part of our society."

After viewers said Dr Davidson should not have been given a platform for his views in the first place, ITV responded: "Should offensive views not be aired even if challenged?"

The episode was one of two programmes to generate more than 1,000 complaints to the broadcasting watchdog.

The other was a June edition of Sky News' press preview, during which journalist Melanie Phillips made comments about Muslims that were considered inflammatory.

An Ofcom spokesperson said the regulator had investigated 187 programmes in 2017 and had found 97 of them in breach of its broadcasting code.

Here is the complete list of 2017 programmes that generated the most Ofcom complaints:

Source: Ofcom. Figures up to 20 December. 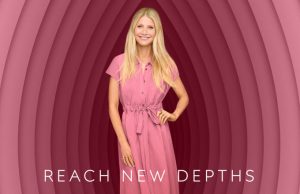 Biden brands Trump a ‘climate arsonist’ over US wildfires