The third season of the dramedy opens around the time of the 1986 Challenger space-shuttle disaster, turning that tragedy into an excruciatingly awkward TV moment.That sequence is striking for its specificity. Yet after what feels like an inordinately slow start, "GLOW" expands its lens to a much more provocative exploration of the '80s, one less about the TV and movies than accepted mores that don't provide cause for celebration.The series, about a female wrestling program, has already dealt with sexual harassment, blatantly objectifying women and dismissing them in workplace settings. The new season proceeds along those paths while also tackling homophobia, the AIDS crisis, bulimia, fear of coming out as LGBT and the packaging of xenophobia and racism as entertainment.The change in venue to Las Vegas — where the syndicated TV show moved as the last season ended, taking up residence at a hotel — provides a meaty background for many of these storylines. Sin City's notorious excesses essentially take the worst aspects of the '80s and strain them through a fun-house mirror.Admittedly, not everything about "GLOW" shines during this latest round. The ongoing relationship tensions between Ruth (Alison Brie) and Sam (Marc Maron) risks becoming a little too much like another remnant of the '80s — namely, the Sam and Diane dynamic on "Cheers," without bringing much new to that workplace-romance formula. 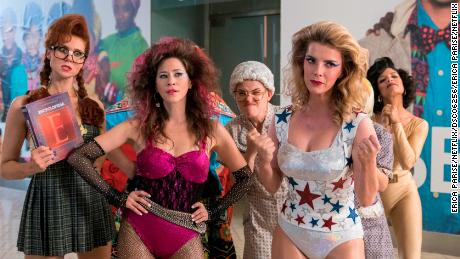 At its best, though, "GLOW" feels much richer than that, offering a reminder that however fondly we might look at the movies and bad hairstyles during the Reagan administration, society is generally more enlightened and sensitive to issues of discrimination and inequality, as dogged and persistent as they remain 30-plus years later.Part ofRead More – Source

After 8 deaths this semester, USC urges students to seek help if they need...

admin - September 17, 2019
0
Are you ready for the cross-play open beta this weekend? (Picture: Activision) The first PlayStatio..

admin - December 31, 2018
0
This week brings two major competition shows, a genre that has produced past staples like "Survivor"..