Lewis was married to Big Cat Rescue owner Carole Baskin, the intended target of the murder-for-hire plot at the center of the docuseries. Hillsborough County Sheriff Chad Chronister told CNN that the show has generated a lot of new interest in the case. His office is receiving about six tips a day, he said."We are already receiving new tips and we hope to close this cold case soon with the help of the public," Chronister told CNN. "Since the documentary came out we've been receiving about six tips a day related to this case. We are looking into each one thoroughly."In a video news conference on Tuesday, Chronister told reporters that he has assigned a detective supervisor to chase down any new leads generated from the show."The case remains open we never close a cold case," he said.So far, none of the tips have been credible, he said.He also posted a new call for information on his personal Twitter account. 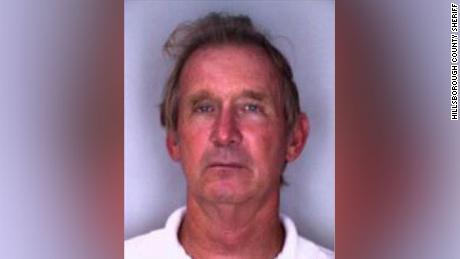 "Since @netflix and #Covid19 #Quarantine has made #TigerKing all the rage, I figured it was a good time to ask for new leads," he wrote. He tweeted a poster with information about Lewis and encouraged anyone with information to call the Sheriff's Office nonemergency number.Lewis, who would be 81, was last seen on August 18, 1997, according to the sheriff's post.Chronister told reporters that he has watched the series and said it was "interesting," but that it didn't present any information that investigators hadn't checked out."They certainly spun it a certain way for entertainment purposes," he said.Chronister said the case was extremely convoluted and that everyone involved had theories about what happened to Lewis.He said investigators have never found enough probable cause to charge anyone with a crime — or even to determine that a crime had been committed.At the time, they did not have GPS or mobile phones that might have helped locate Lewis, Chronister said.Investigators have entered DNA samples from Lewis' relatives into law enforcement databases in hopes of finding a match, he said.Oklahoma zoo owner "Joe Exotic" (Joseph Allen Maldonado-Passage), serving a 22-year prison sentence for his role in the Baskin murder-for-hire plot and other charges, has repeatedly accused Baskin of killing her husband and feeding his body to the tigers at her animal rescue center.He claimed that a septic tank on the Big Cat Rescue property might hold evidence.Chronister said the septic tank wasn't even there at the time that Lewis disappeared.Baskin has denied any involvemeRead More – Source

‘Ralph Breaks the Internet’ runs up score on clever plot

admin - January 1, 2019
0
The chief executive of a company which demonstrated a security flaw in Twitter by hijacking the acco..

Bruce Lee’s daughter: Tarantino should ‘shut up’ about my dad in...

Red Dead Online Not Working? You NEED to do this on...

admin - October 12, 2019
0
Forster passed away in Los Angeles on Friday surrounded by his family, his long-time publicist Kathi..