The victim's lawyers say Michael Drejka's punishment is a significant victory against what they say is repeated abuse of Florida's controversial "stand your ground" self-defense law.Drejka was convicted of manslaughter in August, after shooting and killing Markeis McGlockton in July 2018 outside a convenience store in Clearwater, Florida. At trial, his lawyers had tried unsuccessfully to use elements of Florida's "stand your ground" law as a defense for justifiable homicide. "Now I can go home and tell my children that the killer didn't get away with murder of their daddy," Britany Jacobs, McGlockton's girlfriend and mother of his four children, told reporters after the sentencing."I know Markeis is up there in heaven smiling, because we did get justice for him."Prosecutors had asked for 30 years, the maximum sentence, and McGlockton's relatives asked for the same during a hearing Thursday morning before Judge Joseph Bulone in a Clearwater court.McGlockton's father, Michael McGlockton, told reporters he'll accept the sentence. But, paraphrasing what he'd told the judge, he said he's not ready to forgive Drejka for killing his only son."I know in the Bible it talks about you've got to forgive those who trespass against you, but at this point in my life, I'm not there yet," Michael McGlockton said."And if the Lord just so happens to choose to take me before I get to that point, I guess me and Michael Drejka will have to finish that in hell." 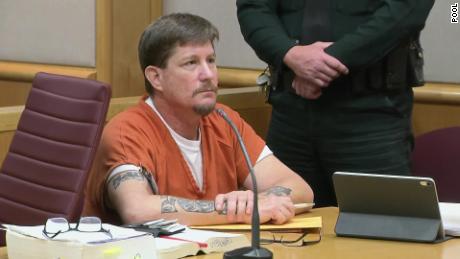 The incident began when Jacobs, McGlockton's girlfriend, parked in a handicapped-accessible space at the Circle A Food Store in Clearwater on July 19, 2018, with McGlockton and their children in the car, authorities said.After McGlockton and their 5-year-old son went inside the store, Drejka, then 47, got into an argument with Jacobs over the spot. McGlockton left the store, walked over and pushed Drejka.Surveillance footage shows Drejka on the ground pulling out a gun and shooting McGlockton as he started to move away. Drejka, who had a concealed weapons license, argued that he saw McGlockton moving toward him and thought McGlockton was going to kick and beat him."If he was going to hit me that hard to begin with, a blind side from the get-go, what else should I expect?" Drejka said in his police interview.Police questioned him several times on the discrepancy between the video and his statements that McGlockton took steps toward him."I shoot to save my own ass, and that's that," Drejka said in his police interview. At trial, prosecutors argued Drejka was a "parking lot vigilante" who acted illegally. The defense portrayed him as a man who acted legally out of fear for his life. 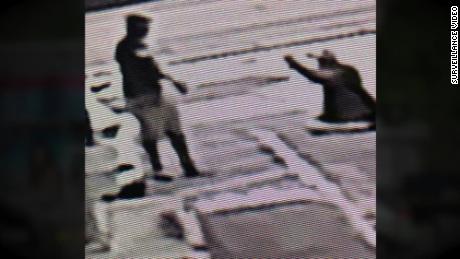 McGlockton's death brought renewed scrutiny to Florida's "stand your ground" law, in part because the county sheriff initially declined to arrest Drejka, saying that law appeared to give him immunity from prosecution.The "stand your ground" law says that a person has no duty to retreat and has the right to use deadly force if he "reasonably believes" that doing so will prevent imminent death or great bodily harm.But the law also states that "stand your ground" does not apply to a person who initially provokes the use of force against himself, unless he has exhausted every reasonable means to escape such danger.A month after McGlockton's death, a state attorney charged Drejka with manslaughter, dismissing the "stand your ground" immunity argument.Ultimately, Drejka's attorneys did not pursue a pretrial hearing to gain immunity, but instead argued at trial the shooting still was justified on the state's "stand your ground" self-defense allowances — with a defense attorney specifically telling the jury that Drejka had no duty to retreat.

Civil rights attorney: This shows equal justice is possible 'for black and brown people, too'

admin - April 14, 2018
0
Entertainment Bill Cosby is seen during the third day of his sexual assault retrial in Norristown,..

admin - November 30, 2018
0
A massive volcanic eruption that set famine, plague and economic upheaval in motion made the year A...