BROADVIEW, IL – MAY 25: An undocumented immigrant stands cuffed and shackled at the U.S. Immigration and Customs Enforcement (ICE) processing facility before he and other undocumented immigrants were transported to the airport for a deportation flight May 25, 2010 in Broadview, Illinois. The immigrants at the suburban Chicago facility were flown by charter flight to Harlingen, Texas where they were then bussed to Brownsville and finally walked to the Mexican border and released from custody. The U.S. deports over 350,000 immigrants a year for entering the country illegally, most are Mexican, and more than 90 percent are men. (Photo by Scott Olson/Getty Images) | 56 Illegal Immigrants Found Stash House

Fifty-six illegal immigrants were found in a stash house in Texas Thursday, according to a Monday report.

Border Patrol agents and the Laredo Police Department found the 56 illegal immigrants, including men, women and children, after Homeland Security contacted them for help about suspicious activity at a residence in Laredo, Texas, according to LMT Online.

Authorities discovered the illegal immigrants were from Guatemala, Mexico and Honduras after they were arrested.

“The partnerships in Laredo between the United States Border Patrol, Homeland Security Investigations and the Laredo Police Department continue to show results in disrupting criminal organizations from operating in South Texas. We will continue to work with our law enforcement partners to prosecute those responsible and prevent individuals from being subjected to deplorable conditions,” Laredo Sector Assistant Chief Patrol Agent Gabriel Acosta said in a statement. 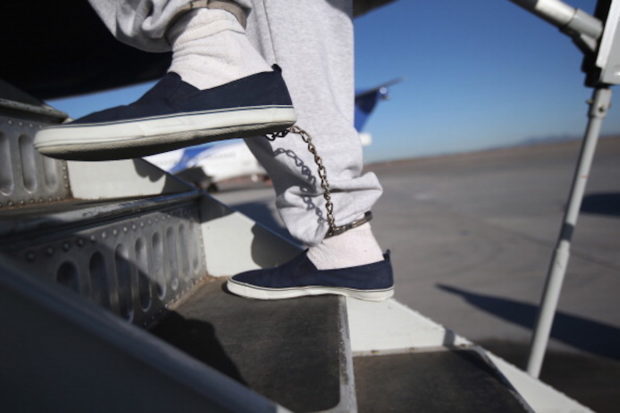 All 56 illegal immigrants have been processed, and Homeland Security Investigations is controlling the operation.

Two NFL players turn themselves in after partygoers robbed at gunpoint

Paradise destruction as complete as Mosul or Raqqa

Russia and China target US protests on social media

admin - December 29, 2018
0
The brother of fallen police officer Ronil Singh broke down in tears while thanking the law enforcem..