The father of a young American woman taken hostage by the Islamic State condemned the James W. Foley Legacy Foundation for stripping their “American Hostage Freedom Award” from Secretary of State Mike Pompeo, in an interview with The Daily Caller.

He also expressed his profound dismay at the partisan hatred that has seemingly crept into every facet of American society.

Carl Muellers daughter, Kayla Mueller, was a young Christian woman from Prescott, Arizona, who “was drawn to alleviate the suffering of Syrian refugees,” according to her family. After graduating college in 2009, Kayla worked with humanitarian aid groups in India, Israel and Palestinian territories. Her plan to work in Africa changed when civil war broke out in Syria, and in 2012 Kayla moved to southern Turkey, where she worked with Support to Life and the Danish Refugee Council to aid those fleeing the conflict.

Kayla was kidnapped on Aug. 4, 2013 by ISIS militants, who ambushed her vehicle as she left a Doctors Without Borders hospital in Aleppo. For 18 months, she was held hostage and reportedly abused personally by ISIS leader Abu Bakr al-Baghdadi. Refusing to convert to Islam during her imprisonment, those who were imprisoned with her claimed that she clung to her Christian faith, even defending it to the notoriously brutal “Jihadi John.” (EXCLUSIVE: Andrew Brunsons American Pastor Describes Harrowing Turkish Courtroom Experience)

ISIS claimed that Kayla was killed during coalition airstrikes in early 2015, at the age of 26. Though it confirmed her death, the U.S. government reached no official conclusion regarding the cause of it, and her parents remain unsure of her ultimate fate.

Carl and his wife, Marsha, traveled to Washington, D.C., earlier in the week to attend the James W. Foley Legacy Foundation Awards Dinner, named for the journalist who was beheaded by ISIS in 2014. They also met with Pompeo, who was originally slated to receive an award from the organization for his work to release American hostages worldwide. The foundation later rescinded the award because of pressure from media groups who paid up to $50,000 for a table, according to knowledgeable sources who spoke with The Washington Examiner. (RELATED: Mike Pompeo Loses Hostage Freedom Award After Backlash)

The foundations executive director, Margaux Ewen, nevertheless maintained in a Friday statement that such claims were “mischaracterized,” and that the award was revoked because of the Trump administrations response to the murder of Saudi Arabian journalist Jamal Khashoggi.

Ewens statement said, in part, that “while it is accurate that our foundation intended to present our hostage freedom award to Secretary Pompeo until [Jan. 11], we ultimately decided we could not present the award as planned due to the dramatic change in circumstances when the administration did not press for genuine accountability from the Saudi government for the brutal murder of journalist Jamal Khashoggi.” (OPINION: Khashoggi Is No Hero, And Neither Is The Washington Post)

“In addition to advocating for the safe return of American hostages abroad, the protection of free speech and promotion of journalists safety is a key pillar of our foundation and this award would have been in conflict with that key principle,” Ewen added. 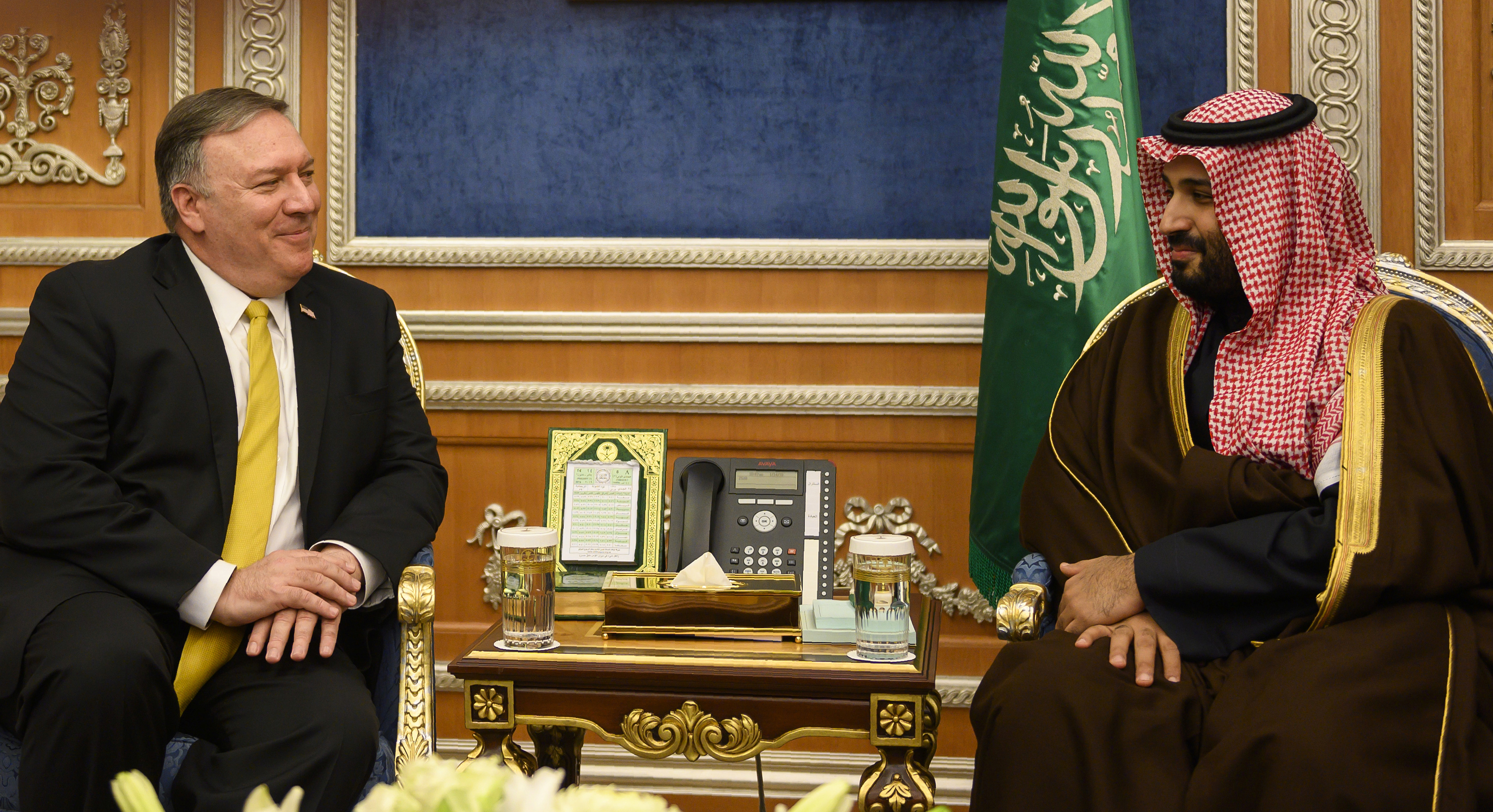 Whatever the reason for the foundations decision, Mueller was so angered by the Freedom Awards Dinner that he “literally got up and left” after he “suffered through [keynote speaker Christiane Amanpours] little speech.” He believes Pompeos loss of the award “was all political” and driven by the liberal medias hatred for President Donald Trump. (RELATED: CNNs Christiane Amanpour Suggests Lock Her Up Chant Is Hate Speech)

“It is sad that this kind of thing has worked its way into society—the hate for Republicans, mostly the hatred for Donald Trump,” Mueller said. “But its sad that it dictates to a fine foundation thats trying to do good work and good things, but yet unfortunately bows to these journalists. They said they would boycott the event if Mr. Pompeo got the award. And the only reason I can see they would do that is because of their hatred of Donald Trump.”

Mueller asserted that he and his wife “probably wouldnt have attended [the dinner] had we known that they succumbed to the pressure of the left media. So is the Foley Foundation now run by these people? This is the first indication that that might be true.”

“Its typical when a foundation gets as large as the Foley Foundation, and its very sad that it cowers down and bows down to the pressure from the left media. I find that very disturbing,” Mueller lamented, adding, “Weve known the Foleys for a long time. I admire and respect [foundation president] Diane Foley, and she has done so much. But given this kind of thought and rhetoric, I hope that a Republican reporter never gets taken. Because are they are going to support him? Its a ludicrous question, but thats what comes to mind.” 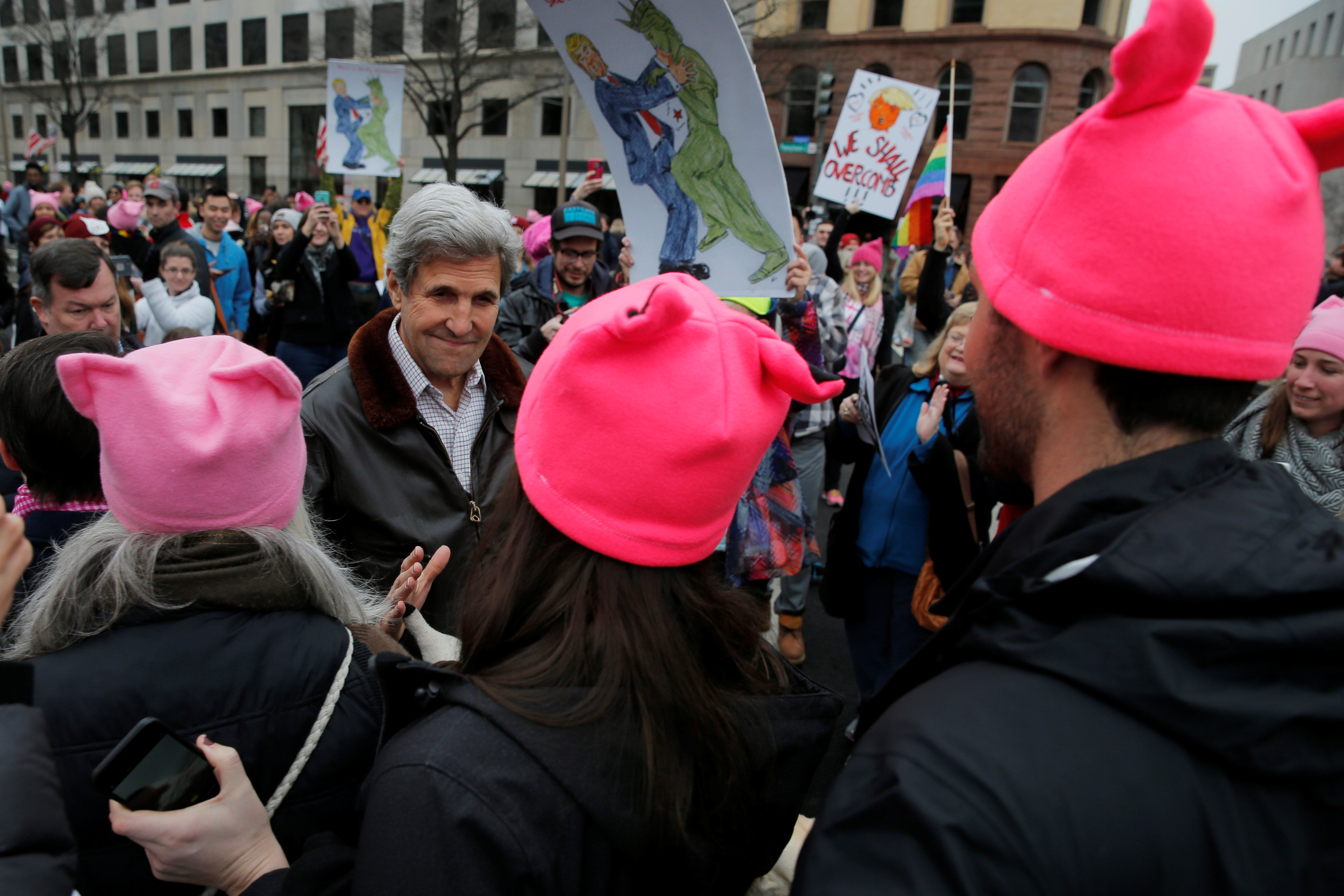 Though he maintains that Brett McGurk, the Obama-era diplomat who was the ultimate recipient of the award, is “a wonderful man” who deserves recognition, Mueller was disappointed by the Obama administrations attitude toward his daughters ordeal.

“Ill tell you a little story about [former Secretary of State] John Kerry and the Obama administration,” Mueller said. “We were communicating 18 months with ISIS to save our daughter. And when President Obama finally decided to meet with us—finally agreed to meet with us after a second request—we were leaving the White House and John Kerry was walking in. If it hadnt been for [former Democratic Indiana Sen.] Joe Donnelly grabbing him by the arm and dragging him over toRead More – Source

admin - November 3, 2018
0
Two young sisters whose bodies were found on the banks of the Hudson River bound together with tape ..

Miley Cyrus and Liam Hemsworth should be divorced by the end...

‘I become a different person’: Rusciano admits to diva behaviour

admin - June 23, 2018
0
Ambassador to the UN Nikki Haley and Vermont Sen. Bernie Sanders have engaged in a heated battle of ..