The legendary singer — who provided the music for the original "Lion King" film — says he's not a fan of the remake.In an interview with British GQ, John said "The new version of 'The Lion King' was a huge disappointment to me, because I believe they messed the music up.""Music was so much a part of the original and the music in the current film didn't have the same impact," he said. "The magic and joy were lost."The popular soundtrack from the 1994 "The Lion King" contains such classics by John as "Can You Feel the Love Tonight" and "Circle of Life."The film remake, released in July, stars the voices of Donald Glover and Beyoncé, the latter of whom did a curated album titled "The Gift" based on the project. 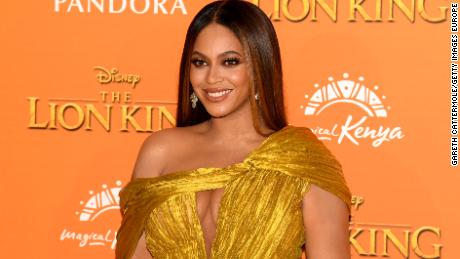 John told British GQ the new soundtrack "hasn't had nearly the same impact in the charts that it had 25 years ago, when it was the bestselling album of the year.""The new soundtrack fell out of the charts so quickly, despite the massive box office success," he said. "I wish I'd been invited to the party more, but the creative vision for the film and its music was different this time around and I wasn't really welcomed or treated with the same level of respect. That makes me extremely sad."John performs thRead More – Source

admin - March 22, 2018
0
Should both consoles be able to party together? The morning Inbox is upset there aren’t more great B..

Jay-Z to testify over sale of Rocawear brand

Georgia governor declares state of emergency ahead of winter storm

admin - December 5, 2018
0
Charlotte Prodger has won the 2018 Turner Prize for two films she made entirely on an iPhone. Judge..