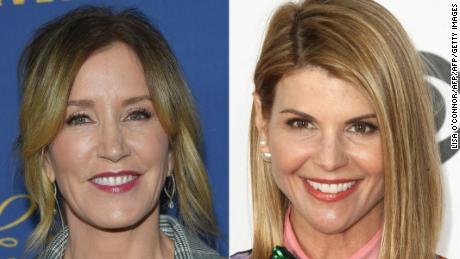 As part of the scheme, Giannulli emailed Singer pictures of his daughters posing on indoor rowing machines, which were then used to create the athletic profiles, the criminal complaint states."Good news my daughter … is in (U)SC… bad is I had to work the system," Giannulli allegedly wrote in an email to his accountant.After Singer informed Loughlin and Giannulli via email in November 2017 that their youngest daughter was provisionally accepted to USC as an athletic recruit, Loughlin replied, "This is wonderful news.""Please continue to keep hush hush until March," Singer replied, according to Assistant US Attorney Eric Rosen. "Yes, of course," Loughlin wrote. The daughters are no longer enrolled at USC, the school said last year.If Loughlin and Giannulli had gone to trial and been convicted, they could have faced up to 20 years in prison for the conspiracy charge.They are the 23rd and 24th parents to Read More – Source

It’s not just you: Everything really is getting more expensive

admin - May 22, 2018
0
The era of easy money is over You're not imagining things: Prices are creeping up. Americans..

Sleepless? Sleep on this cure for insomnia