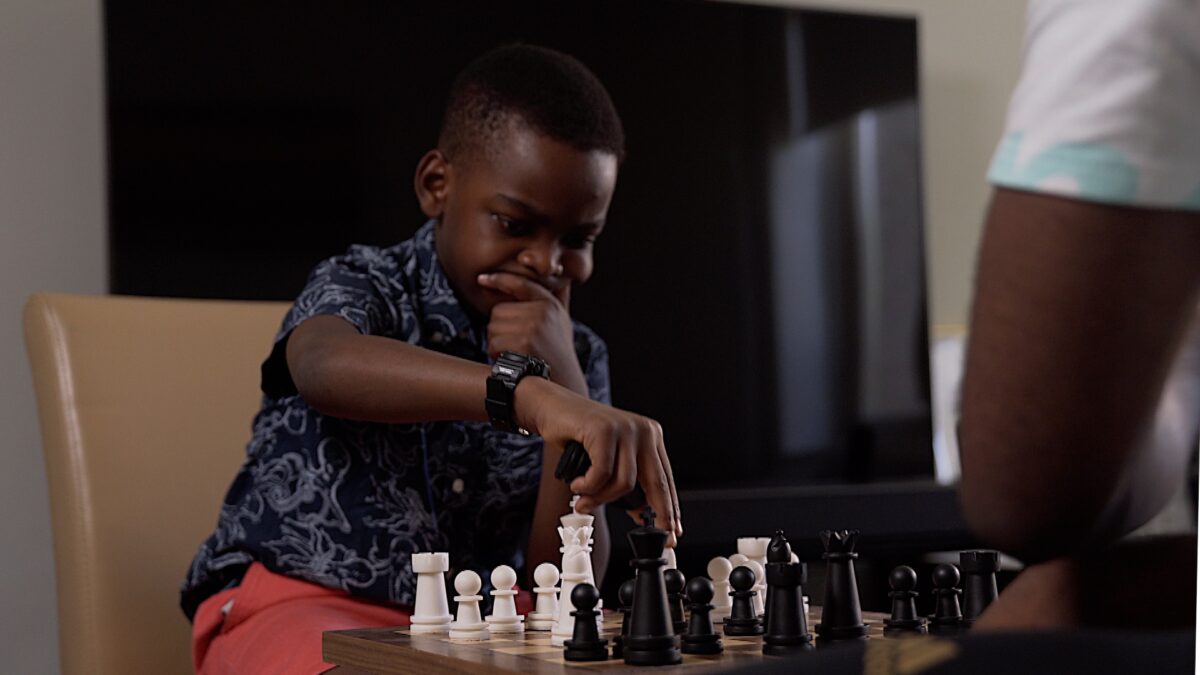 Tanitoluwa Adewumi learned chess about 1 year ago in the homeless shelter, now he is living in an apartment given by others

NEW YORK—In a nearly new apartment in Midtown Manhattan, in the corner of the full decored room, there is old fashioned chessboard.

About half a year ago, the 8-year-old Tanitoluwa “Tani” Adewumi was known as the homeless chess boy.

Within 24 hours, his life changed after winning his first New York State Scholastic Championships Tournament for his age group.

Kayode, father of Tani, owned a printing press back in Nigeria with 13 employees and was living a good life.

However, he feared for his familys safety when Christians got attacked by the terrorist group Boko Haram.

Just over two years ago, Tani and his family escaped from Nigeria and fled to the United States searching for a new chance of life.

From a business owner to a refugee, starting a new life in a foreign country was not easy for this family of four.

While living in the shelter, Tanis brother decided to teach him chess with a self-made chessboard.

“We have this chessboard, but not really a chessboard, its another type of game called Latter,” Tani said. “So he made Play-Dough pieces that he learned. We put it there and started playing.”

That was the moment when Tani discovered his love for chess and joined the school chess club where he began to take the game seriously.

One day Tani told his mom, Oluwatoyin K. Adewumi, that he would take home a trophy. But it wasnt his time yet.

In 2018, after two months of training, he had his first competition. But the process of winning was not without failures.

“Physically I lost, but technically its just learning, because its a process of learning,” said Tani.

Tanis next goal is becoming a Grandmaster at age 11 or 12, the youngest Grandmaster of Chess in the world.

He is a big dreamer who has changRead More – Source

Quibi launching Hollywood ‘on the go’ streaming amid lockdown

Facebook chief has no plans to meet British MPs