Scott directed the Florida Department of Law Enforcement to "immediately investigate the law enforcement response," according to a statement, amid growing criticism of how the Broward County Sheriff's Office handled the shooting in Parkland on February 14.In a statement, Broward County Sheriff Scott Israel said his department "will fully cooperate" with the probe, "as we believe in full transparency and accountability."Florida Speaker of the House Richard Corcoran and dozens of lawmakers have called on Scott to suspend Israel for "incompetence and dereliction of duty." Scott didn't say in his statement that he would suspend Israel, but said he will continue to review the matter. The governor said he has spoken to Corcoran regularly since the shooting, "and like me he wants the families to have answers and for there to be full accountability." "That's what the victims and their families deserve," the governor said in the statement. Earlier Sunday, Israel said he will not step down. Florida state representative Bill Hager wrote a letter to Scott the day before, asking the governor to remove Israel from his post for his deputies' "incomprehensible inaction" during the massacre,according to Hager's office. An investigation "by Sheriff Israel will do nothing to bring back the 17 victims," that confessed shooter Nikolas Cruz killed, Hager wrote.Related: These are the victims of the Stoneman Douglas shooting"The Sheriff was or should have been aware of the threat Cruz presented to his community and chose to ignore it," Hager wrote, referringto a long history of warnings and tips to the sheriff's office over the past decade, including ones suggesting Cruz had fire arms and was planning a school shooting.In his letter, Hager, a Republican, cited Florida statute 112.52, which he says gives Scott "removal authority for neglect of duty and incompetence."Israel dismissed Hager's accusations, telling CNN's Jake Tapper, "Of course I won't resign.""It was a shameful letter. It was politically-motivated. I never met that man. He doesn't know anything about me. And the letter was full of misinformation," Israel said Sundayon CNN's "State of the Union." Hager's call for Israel's removal came after the armed school resource officer at Marjory Stoneman Douglas, Deputy Scot Peterson, resigned Thursday following his suspension amid accusations he did nothing to stop the massacre.Read the transcript of the interview with Sheriff IsraelIsrael says Peterson never went into building where the shooter was firing at students, instead taking a position outside. In a letter of response to the governor, Israel said he was proud of the work that many of his deputies and other agencies did the day of the shooting and that he was appalled by Hager's "need to engage in disingenuous political grandstanding, perhaps in the hope he will garner some headlines, at the expense of the truth."He also said that Hager's letter "was riddled with factual errors, unsupported gossip, and falsehoods."Hager was among 73 Republican lawmakers who, along with Corcoran, asked the governor to suspend Israel."The failures of Sheriff Israel and his deputies during and after the horrific shooting … and their failures to intervene regarding Nikolas Jacob Cruz in the years, months, and days leading up to that shooting, are unacceptable and unforgivable," Corcoran wrote. "Sheriff Israel failed to maintain a culture of alertness, vigilance, and thoroughness amongst his deputies. … As a result of Sheriff Israel's failures. students and teachers died." the letter said.

Israel made the decision to suspend Peterson — who was armed and in uniform at the time of the shooting — after interviewing the deputy and reviewing footage and witness statements, he said."What I saw was a deputy arrive at the west side of building 12, take up a position," Israel said of the video. "And he never went in."Israel told reporters Peterson should have "[w]ent in. Addressed the killer. Killed the killer." Instead, the deputy waited outside for about four minutes.During that time, Israel said, Peterson got on his radio and took a position where he could see the western entry of the building.

Other deputies may have also been outside school

Israel says his department is also looking into reports that at least three other Broward Sheriff's deputies didn't enter the school building during shooting. 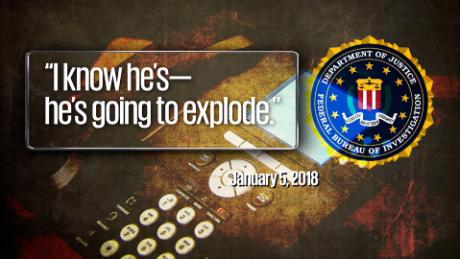 Sources tell CNN the Coral Springs officers arrived at the scene and were surprised to find the three deputies behind their vehicles with their pistols drawn. None of them had gone into the school.Israel says his department will investigate the Coral Springs officers' claims, but insists that "during this horrific attack, while this killer was inside the school, there was only one law enforcement person, period. And that was our former deputy Scot Peterson."Israel says his department's investigation so far indicates the Coral Springs officers didn't arrive until about four minutes after Cruz had left the campus."At this point, we have no reason to believe anyone acted incorrectly or correctly. That's what an investigation is. Everybody is entitled to their own opinion, but nobody is entitled to their own set of facts," Israel says. "At this point, one deputy was remiss…and he's now no longer with this agency."A report on what Coral Springs officers observed is expected next week. Sources caution that surveillance video is currently being reviewed and official accounts could ultimately differ from recollections of officers on the scene.Sgt. Carla Kmiotek, public information officer for the Coral Springs Police Department, would not comment on the reports. "The Coral Springs Police Department will speak on behalf of our officers and their response in that incident," she said. " We will not speak on behalf of Broward Sheriff's deputies and their response to the incident.""Our police department has continued to work alongside the Broward Sheriff's Office to assist in any investigation pertaining to this incident," the department said later in a statement. "The Coral Springs Police Department has a tremendous working relationship with the men and women of the Broward Sheriff's Office, and while we are being transparent through this investigation, everyone should respect the process."

Israel is also under fire for what appear to be several missed opportunities to intervene before Cruz opened fire.The Broward County Sheriff's Office says it received 23 calls related to Cruz or his brother in the past decade. 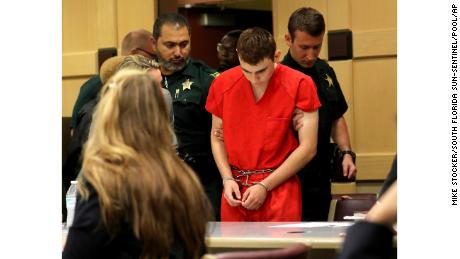 Two deputies have been placed on restricted duty pending an internal investigation on how they addressed the warnings, Israel says. Two calls in particular are under review: one from February 5, 2016, and another from November 30 of last year.In the 2016 call, officers received information from a neighbor's son that Cruz planned to "shoot up" an unknown school. There was a picture of a "juvenile with guns" on Instagram, according to police records.In that case, a deputy responded and determined Cruz had knives and a BB gun. The information was forwarded to a school resource officer, police records show.In the report three months before the shooting, a caller warned that Cruz was collecting guns and knives and wanted to join the Army. The person who called in that November 2017 tip said Cruz was suicidal and could be a "school shooter in the making," according to police records.

The report said that officers at the time did not write a report on the tip. Cruz was no longer living at the listed Parkland address and lived in Lake Worth, Florida, according to police records. The deputy referred the caller to the Palm Beach County Sheriff's Office.Israel acknowledges there "needed to be a report" on the call, "And that's what we're looking into. That a report needed to be completed, it needed to be forwarded to our Homeland Security or violent crimes unit and they would've followed up on it."When asked about the 23 calls regarding Cruz, Israel tells CNN, "On sixteen of those cases, our deputies did everything right.""I can only take responsibility for what I knew about. I exercised my due diligence. I've given amazing leadership to this agency," Israel says.

Cruz was distraught over mother's death

Weeks after Cruz's mother died in November, he reportedly called 911 to describe a tumultuous encounter with a family that had recently taken him in.In a call obtained by CNN affiliate WPTV, the caller, identified by the West Palm Beach station as Cruz, talks about a blowup. The man, whose voice is unsteady, says he doesn't know where he is calling from because he is new to the area. 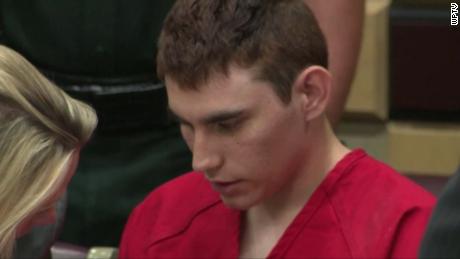 The call was placed shortly after Cruz and his younger brother moved in with the Deschamps family in Palm Beach County.On November 28, Rocxanne Deschamps, who took them in, called 911 saying that Cruz was distraught and violent after losing a photo of his mother, according to the Palm Beach County deputy's report and dispatcher notes. She told authorities that Cruz was confronted by her son, Rock, and ran from the home, saying he "was going to get his gun and come back," records show.Cruz placed a 911 call after he left, WPTV reported."The thing is, I lost my mother a couple days ago, so, like, I'm dealing with a bunch of things right now," Cruz said, according to the TV station.Cruz lived with the Deschamps family briefly, then moved out.

'It was really scary'

Stoneman Douglas students returned to the campus on Sunday afternoon for an open house, in preparation for the scheduled resumption of classes on Wednesday. 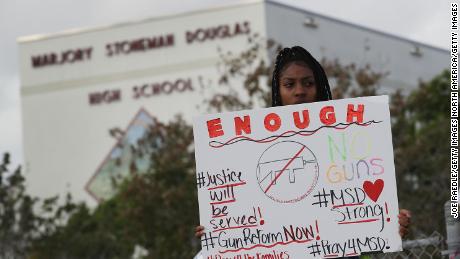 Students would be able to talk with administrators there about measures to improve security, Broward County Public Schools Superintendent Robert Runcie said. Students were also scheduled to receive new schedules, Runcie said, noting school officials are "getting creative" to rearrange classrooms since the building where the shooting occurred will remain closed.School officials will work with students who don't want to return to Stoneman Douglas and arrange for them to transfer schools.Runcie says officials will be accommodating and take measures like adding counselors and service dogs in classrooms. Stress reduction exercises like massage and yoga will also be available."All that matters is hearts and minds," Runcie said.Stoneman Douglas junior Marcel Olivera, 18, wore a t-shirt with the words "MSDStrong" emblazoned in capital letters. "I felt happy to be back, to be around everybody that was there, to know that everybody was safe. … It was uplifting," he said. "I didn't feel sad.""It was really scary. I didn't know how I was going to feel when I went in and I saw the fence around the freshman building … and all the windows were covered," sophomore Tanzil Phillip told CNN. He said students met in the theater room, "and we just gave each other hugs""I'm just happy. A lot of friends decided to show up because without them I wouldn't have been able to do it," he said.

Chucking out old CDs? Remember, the soundtrack to your life can be precious

On this private island, guests get their own complimentary submarine

admin - May 4, 2018
0
GoDaddy has pulled an alt-right website which is owned and operated by white nationalist Richard Spe..

CDC’s case count of vaping-related lung illnesses went down, but not...

admin - September 14, 2019
0
That's a smaller number of illnesses than the agency had previously stated because it has updat..