It takes about two years for Corning to develop each new generation of Gorilla Glass, the resilient material that graces a critical mass of smartphones. That process has for several update cycles focused on protecting screens against drops, fending off shatters and cracks by boosting whats known as compressive strength. The newly announced Gorilla Glass Victus, though, gives equal weight to preventing scratches. Thats harder than it sounds and more useful than youd think.

Its not that Gorilla Glass has dismissed scratches entirely. But the last time Corning prioritized it as a threat was in Gorilla Glass 3, which came out all of seven years ago. Since then, smartphones have gotten much better about bouncing back from sidewalk run-ins, but handle an inadvertent key dig about the same as they did when the iPhone 5S came out. (Corning still provides glass for the iPhone, but a custom formulation distinct from the Gorilla Glass line.) Enter Victus, which promises double the scratch resistance of 2018s Gorilla Glass 6. It performs better in a drop test, too, surviving a 2-meter fall compared to its predecessors 1.6m durability.

The answer to “why now” is pretty straightforward; customers started asking for it more vocally. But why it became as much of a priority as drop survivability is a more interesting question. “What we think is happening is people are keeping their phones longer,” says John Bayne, who leads Cornings Gorilla Glass business. “Phones that arent breaking in a drop event are coming up with a scratch on it.”

And its true: Apple disclosed last year that iPhone customers are upgrading less frequently. If youre holding onto your phone for three years, thats more time to pick up nicks and dings along the way, especially if the display survives a fall that a few years ago would have required a full screen replacement.

Theres also the fact that making glass thats both scratch and drop resistant is, well, hard. The manufacture of glass is often a game of compromise, which you can see most clearly in the quest for durable foldable phones: the stronger it is, the less it can bend. In this case, getting those two properties to play nice is less a direct contradiction than it is a process of reinvention.

“The glass chemistries that people have been using to improve the compressive stress profiles arent necessarily the best for scratch performance,” says John Mauro, a professor of materials science and engineering at Penn State University who had previously spent 18 years at Corning.

For Corning, that meant starting Victus almost from… scratch. (Sorry.) Glass starts with silicon dioxide, but from there its open season on the periodic table of elements. “Its really an infinite palette of options,” says Bayne. “We start with thousands of compositions, and we do a lot of computer monitoring simulation, get down to a couple dozen candidates, do some lab melts, then two or three manufacturing trials to get that ultimate glass.”

The part of that journey that makes glass strong is a so-called ion exchange process, in which potassium ions shove aside smaller sodium ions; think of it like replacing the billiard balls in a rack with slightly larger tennis balls. The rack is suddenly harder to move. For seven years, Corning has been focused on squeezing more tennis balls into that rack. Victus required a different tack. “That whole science for drop, sometimes the moves that you make at the molecular level are a little bit different than you would for scratch,” says Bayne. “Our technologists were really trading off composition elements of the glass and how we ion exchange it to show a meaningful improvement.”

Woman chokes bouncer after assuming he touched her 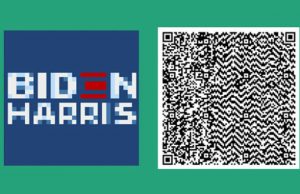 admin - September 1, 2020
0
A Biden Harris yard sign designed for Animal Crossing. Players can use the QR codes to easily insert..

admin - October 19, 2018
0
The event has just been upgraded from a G1 to a G2 class geomagnetic storm and could mess with space..