"You remember, don't you, Mr. Cosby?" she asked.The comment was part of Lasha's emotional testimony in Montgomery County Court, where she described an incident in 1986, when she was 17 years old, in which Cosby gave her drugs that incapacitated her and then assaulted her in a room at the Las Vegas hotel where she worked.Defense attorneys moved for a mistrial because of the direct comment to Cosby, but the judge denied the motion.In her testimony, Lasha said she had a cold at the time, and Cosby offered her an antihistamine. "He gave me a little blue pill with a shot of amaretto. He said it will help break up the cold," she testified."Did you take what he said was an antihistamine?" prosecutor M. Stewart Ryan asked. "Yes, because I trusted him," she said, sobbing. 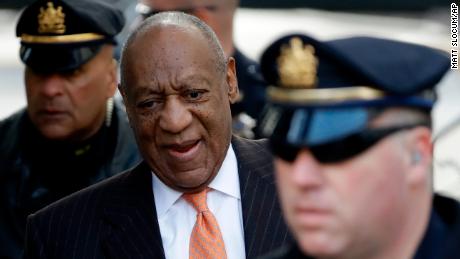 He walked her to a bed in the back room and then "laid next to me and he kept pinching my breasts and humping my leg," she testified."I couldn't move my body," she added."Dr. Huxtable, what are you doing to me?" she thought at the time, she testified, referring to Cosby's most famous television role. "I couldn't say nothing. What are you doing? Why are doing this to me? You are supposed to help me be successful."The testimony came as part of the trial against Cosby, the once-beloved TV icon who is in court to face three counts of aggravated indecent assault. Prosecutors argue that Cosby drugged and then assaulted Andrea Constand, a former Temple University employee, in January 2004 at his home outside Philadelphia. 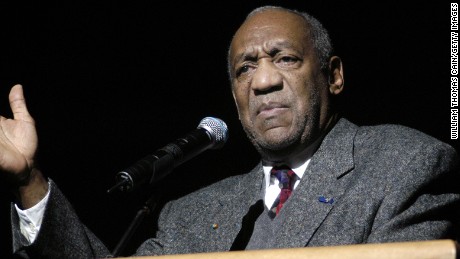 Cosby, 80, has pleaded not guilty to the charges. His defense attorneys argued Tuesday that Constand was a con artist who was obsessed with Cosby's fame and money. She invented the story of the assault as part of a scheme to sue him and profit in a civil settlement, they argued.Monday, prosecutors revealed for the first time that Cosby paid Constand $3.38 million as part of a civil settlement related to the alleged assault. Cosby did not admit any liability, wrongdoing or fault in the settlement. 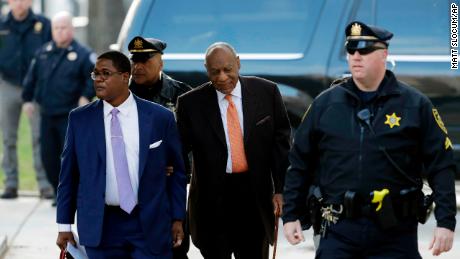 Constand's coming testimony and cross-examination are central to the case and will be the main focus of the trial.But before that, prosecutors are also allowed to seek testimony from five other women who have also accused Cosby of drugging and assaulting them. Testimony from these "prior bad acts" witnesses will be used to show that Cosby had a common pattern and did not make a one-time mistake in his assault of Constand, according to prosecutors. 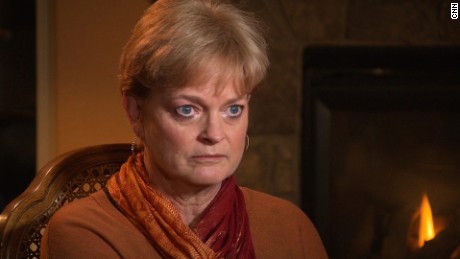 Lasha, one of those prior bad acts witnesses, offered details in her testimony that were similar to Constand's allegations. She said that after she took the blue pill from Cosby, she began to feel woozy.She testified that she remembers waking up later to Cosby clapping his hands to her."Daddy says wake up," Cosby told her, she testified. "Get dressed, I have to go." "My shorts and shirts were off. I had a Hilton robe on. They were folded neatly on this table with money on it," she testified."I was a good girl, and he took it all away from me. I trusted that man."Cosby was tried on the same charges last year, in a process that ended in a hung jury and a mistrial. But the retrial takes place in a world colored by the #MeToo movement and its reckoning with celebrities using their power to harass and assault women.

Third woman: He told me not to tell anyone else

Janice Baker-Kinney testified that in 1982 she went to the house Cosby stayed in near Reno, Nevada, when she was told he was having a pizza party.When she got there, there were two other people there — the comedic legend and another woman. Cosby gave her two pills he said were quaaludes, she testified. She alleged that after Cosby assaulted her he told her: "Now this is just between you and me."During a spirited cross-examination she was asked why she said that for years she never thought it was rape."I didn't want to think about it, I didn't think of it as rape because I blamed myself" for not turning down the pills, she said. "I still don't like to say the words I was raped."She came to believe it was rape in the past two years, though a talk with her husband a decade ago started the process, she testified. She told defense attorney Tom Mesereau she had tea with Constand and others before a march in 2016 for about an hour, but said she never talked about Cosby. "Are you rolling your eyes at me?" she shot back at Mesereau. "Yes" Mesereau responded. Later Mesereau pointed out that was about the same time Baker-Kinney decided the primary responsibility for what happened in 1982 lay with Cosby. Baker-Kinney will be on the stand again Thursday.

New image of Spice Girls ahead of ‘tour announcement’

admin - November 5, 2018
0
The Spice Girls are expected to announce they are reuniting for a UK tour next year – but without Po..

admin - February 25, 2018
0
A man suspected of smuggling 250 tons of cocaine into the US has been extradited from Colombia. Was..