Opening statements in Bill Cosby's retrial on three state charges of aggravated indecent assault are set for Monday. These are the case's lead characters:

The groundbreaking performer has fallen far since his days of international fame and acclaim.In the 1960s, the Philadelphia native was a successful standup comedian and became the first black actor to co-star in a leading dramatic role on American TV with the show, "I Spy." He starred in movies with Sidney Poitier, and in the '70s developed the animated show, "Fat Albert and the Cosby Kids."Cosby's star then rose to iconic status when he took on the role of the sweater-loving physician father of the Huxtables, an upper middle-class African-American family, on "The Cosby Show." Over the next several decades, Cosby used that fame and influence to continue making comedy and to deliver public counsel about social responsibility and parenting.But in 2014, his sterling reputation began to fall apart when the first of at least 23 women came forward to allege that he drugged and assaulted them during the years he presided as a titan of comedy.In July 2015, a judge unsealed his deposition in a civil lawsuit with Andrea Constand, who said she was drugged and assaulted by Cosby in 2004. In the sworn testimony, Cosby admitted to having sexual relations with Constand and to obtaining the sedative drug Quaaludes to give them to women with whom he wanted to have sex.Cosby was charged in December 2015 for allegedly drugging and assaulting Constand. He has pleaded not guilty, and his attorneys have argued that he had a consensual sexual relationship with Constand. Cosby did not testify at his first trial, which ended last year in a mistrial with a hung jury.The 80-year-old father of five is legally blind, a condition his lawyers argued in late 2016 was severely hampering his defense.Cosby maintains his innocence and has said that if he were acquitted, he likely would to go back into comedy. 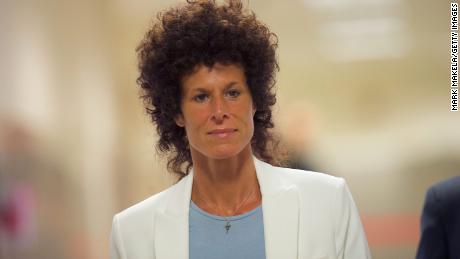 Constand is the primary witness against Cosby, and her testimony will be central in the criminal case against him because prosecutors have almost no other evidence. The former college and professional basketball player says Cosby drugged her, then assaulted her in 2004 at his home outside Philadelphia.At Cosby's first trial, Constand testified that she met Cosby when she worked as the director of operations for the women's basketball team at Temple University. Cosby was a powerful trustee at the Philadelphia institution and acted as a friend and mentor to Constand, she said. On an evening in 2004, Constand visited Cosby's home to discuss her career, she testified. There, he offered her three blue pills and said they would help her relax."Put them down. They're your friends. They'll take the edge off," she recalled Cosby saying. "I said, 'I trust you.' I took the pills, and I swallowed the pills down."Constand soon began to slur her words, and she felt weak, she testified. Cosby moved her to the couch, and as she lay there frozen, she felt his hand groping her breasts and moving inside her vagina, she testified.Constand first told police about the incident in 2005, and the district attorney at the time declined to press charges. In 2006, she and Cosby settled a civil lawsuit that remained sealed for nearly a decade.During Cosby's first trial, Constand told the court she lives in Toronto and is self-employed as a massage therapist. 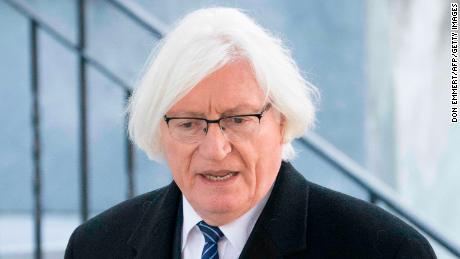 Mesereau, with his flowing white hair, will be Cosby's primary legal defender in the retrial.He is best known for successfully defending Michael Jackson in his 2005 child molestation case and also has represented boxing star Mike Tyson and actor Robert Blake.Mesereau is a highly prepared, confident and sometimes unorthodox attorney, said his friend Laurie Levenson, a professor at the law school at Loyola Marymount University.The attorney has signaled that he will take a more aggressive strategy at this trial in Cosby's defense. During a pre-trial hearing, Mesereau said his team plans to use a civil settlement between the comedian and the woman accusing him of assault to prove "just how greedy" Constand was. "I do think he will do some tough questioning. I don't think that's the same as beating up on witnesses, but that may just be a matter of tone," Levenson said. "But I think he has no fear of asking the tough questions. I don't think he's going to lay back." 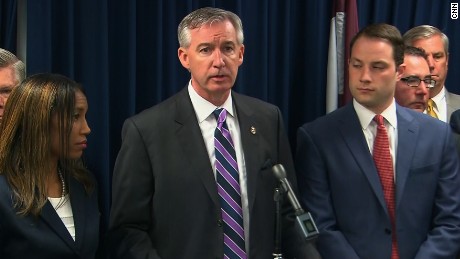 Steele is the district attorney in Montgomery County, Pennsylvania. He has spearheaded the case against Cosby and will be the lead courtroom prosecutor for his retrial.Steele was elected to his role in 2015, defeating incumbent Bruce Castor, who had opted not to charge Cosby in 2005 in the Constand case. That decision became a major campaign issue.About a month after Steele was elected, he reopened the case and brought charges against Cosby.On the day Cosby's first trial ended, Steele vowed to retry the comedian. Speaking of Constand, Steele said, "We are just in awe of what she has done," adding that the decision to retry Cosby "lies in the fact that she's entitled to a verdict in this case."Steele also said one of the trial's "good outcomes" was that Constand "got to face the defendant in court." 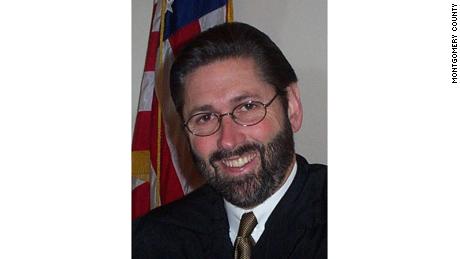 O'Neill was the presiding judge at Cosby's first trial, and he will oversee the retrial. Cosby's defense team argued that O'Neill should have recused himself from the retrial because his wife is a clinical social worker whose dissertation focused on acquaintance rape.But O'Neill, in an emotional defense of his professionalism, his wife's vocation and their marriage, declined to step away from the case. He insisted his wife's career does not impact his courtroom."I am my own individual, and I make the decisions," he said.In dismissing jurors who remained deadlocked last year after six days of deliberations, O'Neill told the panel, "Do not feel like you've let the justice system down." Then, he turned to Cosby and said, "It's not a failure or a victory."O'Neill was appointed in 2002 by Pennsylvania's Republican governor as a judge for the Montgomery County Court of Common Pleas. He was elected to a 10-year term in 2004 and retained for another 10 years in 2014, according to his official biography. 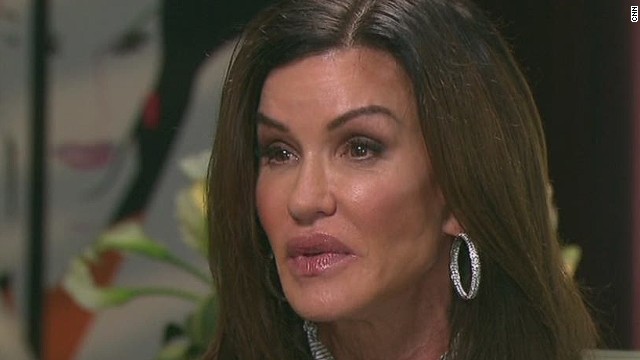 Dickinson, a supermodel, reality TV star and author, has been subpoenaed to testify at Cosby's retrial as a "prior bad acts" witness, according to a source close to the case.Though the charges against Cosby deal solely with Constand's allegations, O'Neill ruled that prosecutors may seek testimony from as many as five women who have alleged Cosby drugged and assaulted them. Prosecutors plan to use these "prior bad acts" witnesses to show that Cosby's actions related to Constand were not a mistake but part of a deliberate pattern.Dickinson said in a November 2014 interview that Cosby sexually assaulted her in 1982 after the two had dinner in Lake Tahoe. She alleged that he gave her a pill and a glass of red wine, and then she passed out. Cosby's attorney at the time, Martin Singer, called the accusation "a fabricated lie."Dickinson told CNN in 2015 that she did not consent to having sex with Cosby. "How could I?" she said. "I was drugged." 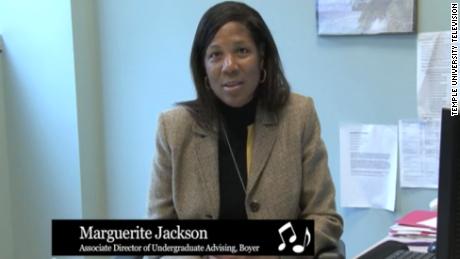 Jackson, who also goes by Margo, is a Temple University employee whose testimony could undermine Constand's allegations against Cosby.According to defense attorneys, Jackson claims Constand once said she could lie about being sexually assaulted by a celebrity and then make money from it.Cosby's defense attorneys weren't allowed to seek Jackson's testimony at his first trial. Constand testified she did not know Jackson, so O'Neill ruled that Jackson's statements would be hearsay.The judge, however, ruled this month that the defense may seek testimony from Jackson during the retrial. 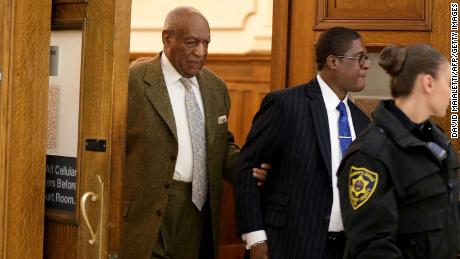 Wyatt is Cosby's main spokesman and often is at his side to help him walk. Cosby, whose blindness is due to glaucoma, often grips Wyatt's elbow.The founder of Purpose PR, based in Birmingham, Alabama, Wyatt is a native of Bessemer, Alabama, and attended Miles College before working in local television.During the first trial, Wyatt often held forth outside the courthouse with inelegant commentary. When a mistrial was declared, Wyatt claimed victory, saying, "Mr. Cosby's power is back. It's back. He has been restored."Wyatt also delivered the news, received with widespread outrage, that Cosby would embark on an "educational" tour to teach "what people should be cognizant of in regard to sexual abuse allegations and the dangers.""It's easy to be falsely accused of sexual assault," he said. "If it could happen to Bill Cosby, it could happen to anybody. So, people need to be aware of the definitions and perceptions." The tour never happened.

Allred, the famed victim's rights attorney, represents several women who claim Cosby assaulted them and have sued him.Although she is not directly involved in Cosby's criminal case, Allred was a constant presence outside the courthouse during his first trial and often offered her analysis to reporters."Round Two is coming," she said after his trial ended in a hung jury. "We can never underestimate the blinding power of celebrity, but justice will come."

Myleene Klass hits back at mum-shamers with sassy post after taking six-week-old baby to...

Jennifer Hart drove her six children to their deaths as her...

Fitness advice: How to get ripped quick… And stay that way.

When an 8-year-old boy lost all his toys in a house...

admin - October 3, 2019
0
They had worked in secret to resupply his collection. Daniel was overjoyed."We live in a small commu..