A shortage of quality roles for women — especially older women — has been a longstanding concern in the movie business, prompting many actresses to migrate to television.Still, this year's roster of year-end films — many chasing awards consideration — has yielded what feels like an unusually strong crop of female-driven vehicles, although that enthusiasm has been tempered by the lack of recognition for women behind the scenes.This weekend brings "Mary Queen of Scots," starring Saoirse Ronan and Margot Robbie, which comes on the heels of another period costume drama, "The Favourite," which amassed Globe bids for all three of its leads, Olivia Colman, Rachel Weisz and Emma Stone.Other new offerings include "Ben is Back," starring Julia Roberts as a mom dealing with the return of her drug-addict son; and "Vox Lux," a provocative, sure-to-be-polarizing drama, with Natalie Portman as a rock star who achieved fame through a public brush with tragedy.Coming later this month, meanwhile, is "If Beale Street Could Talk," "Moonlight" director Barry Jenkins' adaptation of James Baldwin's novel, features a breakout performance by Kiki Layne as the central character and narrator of the story, and Regina King as her mother."Destroyer" casts Nicole Kidman as a world-weary detective faced with a threat from her past. Notably, Roberts and Kidman have recently found meaty roles in premium TV, in the series "Homecoming" and "Big Little Lies," respectively.In addition to "Mary Poppins Returns" — with Emily Blunt in the title role, expected to rank alongside "Aquaman" as one of the season's big moneymakers — the lineup of holiday offerings includes "On the Basis of Sex," with Felicity Jones as Supreme Court Justice Ruth Bader Ginsburg, recounting a landmark sex-discrimination case from her days as an attorney.In a lighter vein, there's "Second Act," a workplace comedy featuring Jennifer Lopez, opening before Christmas.Yet despite this spate of actress-led projects, female directors were overlooked by the Golden Globes in that category, and none of the 10 nominated movies — drama, or musical/comedy — were directed by women. There was a similar shut-out this week when the American Film Institute unveiled its annual list of honorees. 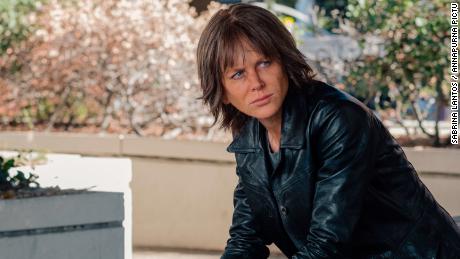 The question of overall progress for women in Hollywood has lingered. The most recent edition of the annual "Celluloid Ceiling" report by San Diego State University's Center for the Study of Women in Television and Film — released in January — found "under-employment of women behind the scenes," and scant gains in 2017 compared to recent years, despite the conspicuous success of "Wonder Woman."The challenge in focusing on projects that feature women — including high-profile ones like Marvel's first solo female superhero vehicle, "Captain Marvel," which premieres in March starring Brie Larson — is that emphasizing individual titles can obscure the larger picture.After HBO's Emmy-winning "Big Little Lies" premiered in 2017, Kidman (who will also be seen this month as Aquaman's mom) noted that she and her fellow producer/co-star Reese Witherspoon "were frustrated because we weren't being offered the sort of roles we wanted in terms of complexity," developing the limited series "out of a desire to create an opportunity for ourselves."In the aggregate, the aforementioned movies — several of which were also directed by women — look like the latest cracks in that "Celluloid Ceiling," and there's clearly heightened awareness of the issue. But after years of talk, it's going to take more than symbolic blows to break through it.