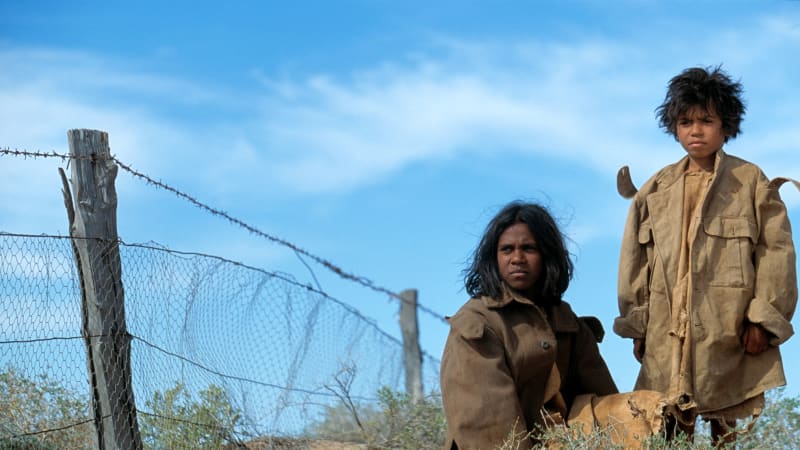 Situated near the French town of Villers-Bretonneux, the Australian National Memorial commemorates the many thousands of Australian soldiers who died on the western front during World War One. Told with considerable folksiness, the stories in this ANZAC Day-themed documentary relate the connections between the two countries. Historians and descendants of those involved recall events that range from how an abandoned German tank was secured and shipped to Brisbane as a museum piece to the funding drive in Australia that helped rebuild the local school. One story is TV movie-ready: a member of the Australian Flying Corp, Tom Tovell, took a French orphan, Henri, under his wing and decided to bring the boy back to Australia for adoption. Smuggled in an oat sack, the boy's journey was authorised by a politician who met him on the boat here. You can draw your own conclusion about Australia's treatment of refugees then and now. CM

The rejuvenated Fear the Walking Dead suddenly looks like leaving The Walking Dead for … well … for dead. Last week we saw The Walking Dead's Morgan Jones (Lennie James) travel all the way to Texas to join the action, becoming more of a presence than ever before via unhappy encounters with a lonely gunslinger and a heavily-armed journalist (welcome new series regulars Garret Dillahunt and Maggie Grace). Today we head back in time to catch up with the long-suffering Madison, Nick and Alicia (Kim Dickens, Frank Dillane and Australian Alycia Debnam-Carey) as their group faces new challenges and an unnerving new threat. New showrunners Andrew Chambliss and Ian Goldberg have given things a fitting touch of the old Hollywood Western aesthetic – without going overboard – and they're generating plenty of character-driven intrigue and finding new ways to keep things visually interesting. Nice. BN

For decades, Indigenous film stories were told by non-Indigenous directors, from Ian Dunlop (famous for his pioneering and culturally sensitive documentaries in the 1950s and '60s) to English maverick Nicolas Roeg (and his magisterial Walkabout). In the 1970s and '80s, while the world waited for the New Wave of Indigenous filmmakers – that now includes Tracey Moffatt, Rachel Perkins, Warwick Thornton and Ivan Sen – the most engaged chronicler of Indigenous issues was Phillip Noyce. In his Backroads (1977) and tonight's Rabbit-Proof Fence (2002), there is a seething anger at what has gone wrong, with Noyce unafraid to go back into the past to examine the present. Rabbit-Proof Fence follows the journeys of three girls who escape their ''native settlement'' to return to their families. At the time, the film generated fractious debates about the interpretation of past events (yet another History Wars). It is a powerful and haunting work. SM

How you can see which companies found you on Facebook