Police have described the firearm Seth Ator, 36, used in Saturday's killing spree in and around Odessa, Texas, as an AR-15-style rifle. Ator tried to buy a firearm on January 14, 2014, but wasn't allowed to, the Texas Department of Public Safety told CNN in an email. The department is prohibited by law from disclosing the reason he was denied the purchase, the DPS said.Ator failed a background check when he applied to get a gun, a representative for the Bureau of Alcohol, Tobacco, Firearms and Explosives said Monday, without giving details.The ATF, the FBI and the DPS are "aggressively following up on" the source that supplied the firearm to Ator, the ATF representative said. Investigators are still searching for a motive in the mass shooting. The man showed up to work Saturday "in a distressed mental state," and was fired, said FBI Special Agent in Charge Christopher Combs. 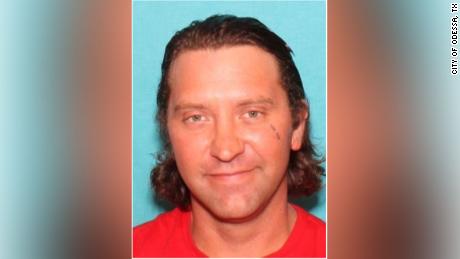 Speaking at a press conference Monday, Combs said the firing wasn't the reason for the shooting spree and that he was "already enraged" when he showed up for work.Ator had been "on a long spiral going down," and he had "probably been in trouble for a while," Combs said.The shooting began Saturday when Texas Department of Public Safety troopers pulled Ator over for failing to use his turn signal, and Ator began firing at them. Speeding away, he went on to spray bullets as he drove west toward Odessa and into the city. At one point, he hijacked a US Postal Service truck, killing the mail caRead More – Source

‘I have already won’: Rebel Wilson confident ahead of Bauer appeal...

Caravan migrants push on despite barbed wire at US border

admin - November 5, 2018
0
A large group of Central American migrants travelling toward the US have vowed to push on towards Me..