Ward's backstory, which included a mention of his mother's stage 4 cancer, had been reason enough to root for him. But, ultimately, his take on "Way Down We Go" by Kaleo wasn't enough to get him on a team. It would have been fair to wonder if his fate would have been different had this been a normal year. What if there was a live in-studio audience, who in a normal scenario maybe could have cheered Ward into the hearts of the coaching panel? The truth is, it probably wouldn't have made a difference, and that one disappointing moment aside, the show's virtual audience did what was intended: added some background noise and made the empty studio feel a little less so. Talk shows and professional sports have been among the first to make use of virtual audiences, but as more television shows make their return in these pandemic times, finding the best approach for any given live audience-dependent production has been an exercise in making it work.Over at ABC, "The Conners" will return on October 21 for its first new episode of the season. Usually filmed in front of a studio audience, the show, shot in Los Angeles, decided against attempting to get approval for any kind of in-person attendance. "We've talked about it, and we feel that the risks aren't worth the benefits even if we're testing people," executive producer and star Sara Gilbert told reporters recently. "We're just dealing with safety issues." She admitted that as an actor, "I can feel insecure or feel like it affects my performance, but the producers swear it doesn't." "So, you guys will have to judge," she said to laughter. 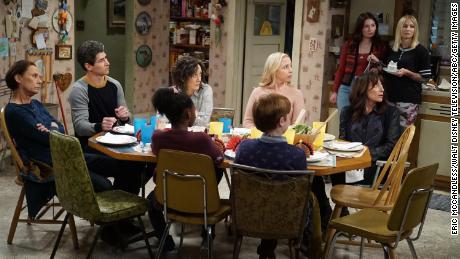 Instead, the show will use previously recorded audience sound, using the reactions from those on set as a gauge. "There's about 40 of us on the stage all together at any given time. We laugh, and so that's the guideline for our editor," executive producer Bruce Helford said. "God willing, there will be a point once we can get people together, we can actually let people view this thing and record their laughter with letting them watch an edited version and all that. But the [current] guideline is laughter that happens on stage."Executive producer Dave Caplan added: "That ends up being pretty honest, I would say. You know, of course, we all think we're geniuses, and we want to laugh at everything we write." It should be noted that restrictions on live audiences also vary based on filming location. "Saturday Night Live," for example, has had limited live audiences in their New York City seats by reportedly paying them as employees. In an interview with Willie Geist, creator Lorne Michaels said returning to the studio and having a live audience was "all I talked about this summer." "Because, we're taking big swings and they're hard jokes, when you don't hear any sound, it throws the timing off," he said. "The thing that the audience does is it is the plug that makes the circuit work." 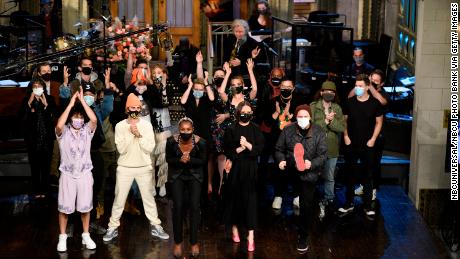 Performers used to feeding off of an audience might be missing the crowd, but when it comes to "The Voice," they've discovered there might be some unforeseen benefits to the virtual audience. In a call with reporterRead More – Source

Shaq went to Staples looking for ink cartridges and fell in love with an...

Meet All The Journalists Who Tried To Downplay The Antifa Assault...

admin - July 2, 2019
0
After an attack on journalist Andy Ngo by Antifa at a rally in Oregon, some journalists have come ou..