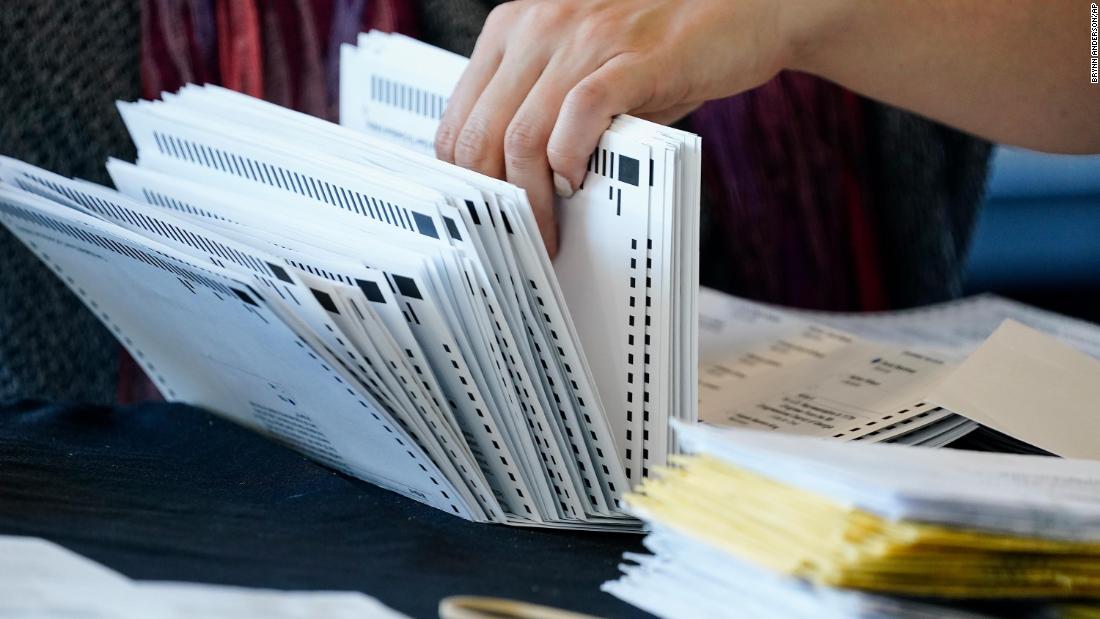 "Voter Integrity should matter to everyone, and a failed or flawed contest undermines the legitimacy of our democracy. As a volunteer on this project and former campaign political data scientist, I am leveraging my skills to bring further transparency and accountability to our electoral process by rigorously modeling and evaluating publicly available election results," Sandoval, a Trump appointee, said in a series of text messages with CNN."The results of our findings should be fascinating to everyone, Republican or Democrat."The Philadelphia Inquirer first reported on the group with further reporting Sunday by The Washington Post.But local, state and federal officials across the country have stated there is no evidence of widespread voter fraud. And while the founder of Voter Integrity Fund, Matt Braynard, told CNN the group has found some evidence of voters illegally voting across state lines, they haven't made any evidence public. Multiple lawsuits filed by the Trump campaign and others have been thrown out of court.Chris Krebs, the Trump administration official in charge of helping states secure their elections, has ramped up his efforts to reject the false claims coming from President Donald Trump and his supporters. His agency, the Cybersecurity and Infrastructure Security Agency, released a statement last week along with state and private election officials saying, "There is no evidence that any voting system deleted or lost votes, changed votes, or was in any way compromised."Multiple federal officials are working in the Voter Integrity Fund, according to Braynard, which is based out of his apartment in northern Virginia."This is neither illegal, unprecedented, or you can make the argument but I would also say it's clearly (ethical)," Braynard said.The Hatch Act prohibits federal employees from engaging in political activities while on official duty, making it illegal for any federal officials in the group to use government resources or invoke their government titles. The federal officials working for the group are on leave from their federal government jobs, according to Braynard.Still, the officials are on a potentially slippery slope."All it would take is a slip of a few words," Nick Schwellenbach, a senior investigator at the nonprofit watchdog group Project on Government Oversight and an Obama-era spokesman for the Office of Special Counsel told The Washington Post. "Even if they stay on the right side of the law, they could be treading in dangerous territory."For his part, Sandoval, the federal chief information security officer, said he has no concerns about any potential violations."I'm volunteering as a data scientist, while on leave, to evaluate the data after Election Day and sharing the results for public scrutiny," Sandoval told CNN.

Dom Lever gets a huge tattoo of Jess Shearss face because Love Island is...

admin - November 27, 2020
0
TikTok's deadline to finalize a US buyer has been extended for the second time in less than a month. The Trump administration on Wednesday gave...

EA boss and senior execs skip bonuses to give them to...

admin - February 8, 2018
0
Reading skills in Flint, Michigan are plummeting as the city continues to feel the effects of lead p..