Titanfall 2 was the sequel of the popular Titanfall multiplayer first person shooter game.

The first game was released in 2014 for Xbox One and PC, allowing players to control both the pilots and the Titans, mecha-style exoskeletons.

It lacked a traditional campaign, but was still incredibly popular.

Titanfall 2 followed and was released for PlayStation 4, Xbox One and PC in 2016. While the game had lower-than-expected sales, it had a fantastic critical reception and retains a die-hard fanbase.

It also went one step further than the original with an excellent single-player campaign.

The video game series is developed by Respawn Entertainment and published by Electronic Arts (EA).

However, EA has recently purchased Respawn Entertainment, and announced they are working on another Titanfall title.

EA have not confirmed whether or not this is Titanfall 3 – but fans are hoping it is.

For the time being, here's everything we know about a potential Titanfal 3 release…

“Its important for us to keep the franchise going. Were doing more Titanfall, which is the quote Im supposed to say”

There is currently no release date for Titanfall 3, but with a positive fanbase and a strong commitment by developers, it should be long before it is spoken about more.

Respawn CEO Vince Zampella has said it is important for them to keep the franchise going.

He said: “Its important for us to keep the franchise going. Were doing more Titanfall, which is the quote Im supposed to say.

“We have our franchise creative director, whos in charge of safeguarding the franchise in multiple formats and making sure it continues to grow.

“Theres some other things we are doing that havent been announced just yet, but were heavily invested in the TItanfall universe.

“Were working on more Titanfall – were not announcing what that is yet, but theres a few things in the works – the mobile game, which turned out fantastic and is super fun, the fans love it and allowed us to expand on what we did in the last games. So Im pretty happy with what the franchise has become.”

What else has been said?

While Titanfall have more games in mind for the series, it may not be Titanfall 3.

Zampella said in November 2016: “We dont have necessarily a trilogy in mind. You can always hope when you create something that its embraced and that people will love it for generations to come. I do hope we do more of it.”

Zempella has also said he doubts the first Titantall game will ever be released for PlayStation 4.

When asked specifically if the studio have any plans to make a third Titanfall game, Zampella said “We dont know yet”.

He continued: “The game is, critically a huge success. Were really happy with all the reviews and the positive sentiment.

“Sales, its too early to tell. Wed definitely like to tell more of the story and the universe. I think its pretty safe to assume that well explore more of it.” 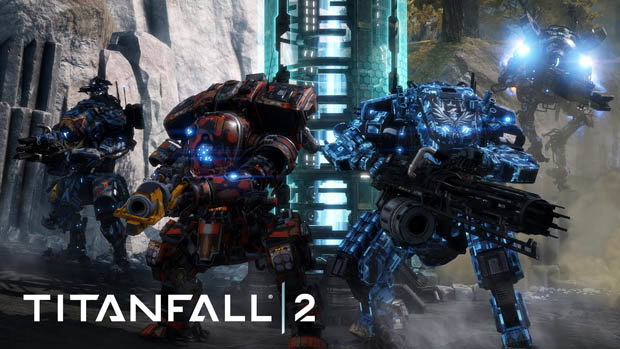 Last year Respawn Entertainment was bought out by EA in a deal worth over $400 (£314million).

This buyout shows EAs confidence in the developer, meaning new Titanfall titles could be in the works.

Zampella, one of the creators of Call of Duty, has remained at the company.

According to Kotaku, the acquisition and documents point to an unannounced Titanfall 3 in the future.

That is because up to $140 million is based on “achievement of certain performance milestones, relating to the development of future titles.”

‘Jaws,’ the ultimate summer movie, meets the age of coronavirus

admin - July 10, 2019
0
It would be the largest penalty yet under a tough privacy rule known as the General Data Protection ..

A teacher made black students act as slaves in mock auctions

Comfort Cooking: Egg tofu to jazz up a homecooked meal

WWE star Reigns gives up title due to leukaemia