As many PlayStation fans will know, Resistance is the popular first-person shooter game which was developed by Insomniac Games and published by Sony.

There have been three instalments of the game: Resistance: Fall of Man which came out in 2006, Resistance 2 and Resistance 3.

The games were well-received by gamers and critics alike who seemed to enjoy pretty much everything about the game series. From the design to an incredibly satisfying shotgun.

The last instalment of the game debuted at number four in the UK charts, but generally speaking, all three games were huge hits on PlayStation 3.

“We decided to bring Resistance to a conclusion when we looked ahead and realised that Resistance 4, while possible and something we seriously considered, wasnt going to be right for us at that time”

For those who don't remember, the game takes place in an alternative history where an alien civilisation, known as Chimera, has conquered Earth.

The trilogy takes place in England and America, following the journeys of Sgt Nathan Hale and Lt Joseph Capelli, who are trying to save humanity.

But a fourth game in the series has always been high on the list of fan requests.

So here's everything we know about a possible Resistance 4… 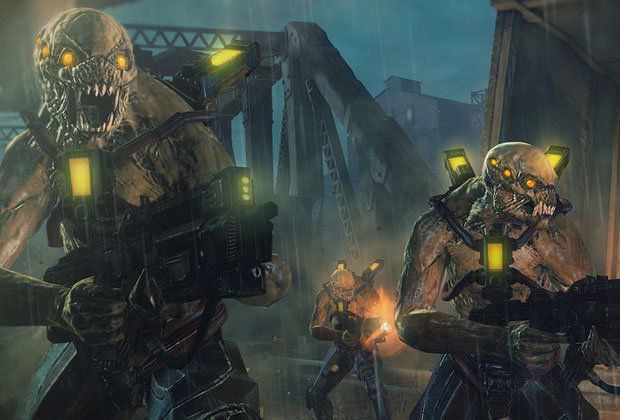 Resistance 4: Could Insomniac return to the popular shooter?

Why didnt Insomniac make Resistance 4 before?

While not ruling out Resistance 4 in the future, it seems unlikely it will happen anytime soon.

Instead of taking the Resistance series further, Insomniac opted to focus on Fuse, a four-player co-op third-person shooter.

Ted Price, CEO of Insomniac, told GamesRadar: “We decided to bring Resistance to a conclusion when we looked ahead and realised that Resistance 4, while possible and something we seriously considered, wasnt going to be right for us at that time.

“We wanted to do something new.”

He continued: “Resistance 3 it felt like we had capped off, or at least closed a major chapter in that franchise. So, a lot of the team was looking forward to doing something different.”

Price added to EuroGamer: “We recognise we have a very loyal fanbase among Sony players, and we love them.

“Were definitely dedicated to them. However, weve always wanted to reach out to an even broader audience.”

What have Insomniac said recently?

It still doesnt seem like Resistance 4 is at the forefront of the agenda for Insomniac.

Despite Price hinting the ending of Resistance 3 could have been the close of a major chapter, it seems like it is the end for now.

Insomniac Games Community Director James Stevenson said in an interview with Finder the franchise will remain there for now.

He said: “Oh wow, if I was a betting man? It feels like a longshot to me.

“But I have learned over the years to never say never. I think there are a lot of people out there that have fond memories of Resistance from the PS3 era, but yeah, never say never, its just that we have no plans to make another Resistance game in the future.”

So while he wont say “never” about a new Resistance game, it is unlikely in the near future.

This could potentially mean it is something that could be released on the upcoming PlayStation 5. We certainly wouldn't rule out a return for Resistance as a prime candicate as a PS5 launch title.

A staple shooter that can be the technical showpiece for the console, in the same way, Killzone Shadow Fall was for the PS4.

Also, according to Stevenson, the IP is owned by Sony, so if they wanted to go ahead with another developer, they could.

He said: “Its ,Sony that owns the IP and owns that universe. So I guess if they were really passionate about making Resistance 4 and we couldnt or didnt want to do it, Sony could totally engage another developer. But that would be up to Sony, not us.”

The Internet has ruined video games and the world – Readers Feature

Ticket to Write: Davis Presidential Library gives visitors a taste of the South

Juul to stop selling several flavored products in the US

admin - August 30, 2018
0
Into The Breach (NS) – the hardest strategy is to stop playing The PC strategy classic from the cre..