On September 24, the wait will be over. The Pearsons return for Season 4 on NBC, and the cast is promising an even more intimate exploration of their complex family dynamics."The audience connects to the Pearsons," Milo Ventimiglia, who plays the late family patriarch Jack, said at a recent FYC cast gathering for the show. "I think in that, we as a creative group, it's our duty to go deeper and give the audience more of an understanding…We've got to really let the trap door open and fall through.""I'll just say this season is going in a direction that nobody will expect," added Chris Sullivan, who plays Toby. "People gravitate to this show because this show is a hand guide on how to navigate difficult emotions or difficult relationships. And all relationships are complicated."Especially Pearson relationships, as the cast members behind the Big Three, their partners and their parents reveal.Here's what's coming up for all our favorites.

After working through those seemingly insurmountable fissures at the end of Season 3, Randall and Beth will be moving back toward their #CouplesGoals status."It's time for teamwork now," said Susan Kelechi Watson, who plays Beth. "It's like all hands on deck — and that doesn't mean nothing is going to come up and all that. But we went through a real storm last season, and this season it's more about now that the dust settles, where are we landing and how are we doing this together."This season, a major disruption will occur as the couple moves their family to Philadelphia to be closer to Randall's district and to finally launch Beth's long-denied dream of owning her own dance studio. "We're downsizing. We're going to Philly and now it's about getting acclimated to all of these changes that got stirred up," says Watson, who says her character will be embracing her "Bohemian" and "artistic" sides this season. Despite the seismic changes, Sterling K. Brown, who plays Randall, sees the family's move as a chance to explore new stories. "Having an opportunity to be of service to the black community is something that's really exciting for me as an actor," he said. "I think it's exciting for Randall because the biggest hole that he lives with is, 'Am I enough?' with regards to his blackness. 'Am I black enough? Am I not black enough?' et cetera.""Now he has this job where he gets to help, to try to make lives better for a predominantly African-American constituency," added Brown. 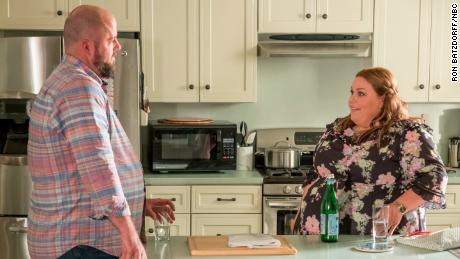 Now that the Damons have added Baby Jack to the family, "Toby and Kate go from just being a married couple to being parents," said Sullivan. Kate (Chrissy Metz) will face the same daily trials by fire that every first-time parent contends with, and it won't always be easy. "Being a new mom and having to put herself first so she can be there for her baby, that's hard," revealed Metz. "And that's, I think, the challenge that most people have — forget [just] women or mothers. Like, 'How do I put the oxygen mask on myself in order to take care of the bigger picture?"Sullivan said Toby seems to find his parenting groove pretty quickly, but what about those mysterious flash forwards to the future that suggest Toby's got much darker days ahead? "Who knows what will happen?" he teases. "You're getting to see kind of the bright side and the dark side of everyone as it develops in all these different kind of scenarios." 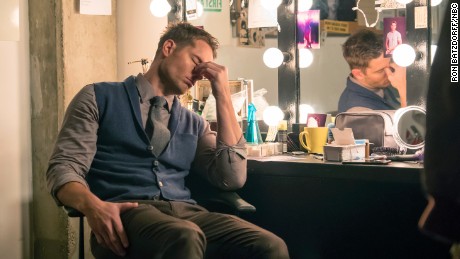 With his relationship with Zoe behind him, Kevin (Justin Hartley) is left picking up the pieces of his life while trying to maintain his sobriety. "He's equipped with these tools that he wasn't equipped with before," Hartley said. "And he's hungry to be this man that he knows he can be — or, well, that other people have told him he can be — and he's going to do everything he can to figure it out."Like Ron Howard and Sylvester Stallone before, viewers can expect Kevin's orbit to align with some real-life Hollywood stars. "I don't think I can name drop, but I can tell you that I think one of the things that legitimizes our show is in terms of Kevin's career and his 'movie star' career, is when you see him on screen working with real movie stars, real actors, real directors, that you recognize," says Hartley. "So we really appreciate all those people coming in and doing us those favors and having fun with us. We'll do some more of that."

Dead To Me: Ex-Kanye Fans Flip Over His Acceptance Of Trump

Dealmaster: Get an Ecovacs Deebot N79 robot vacuum for $160

admin - June 23, 2018
0
Greetings, Arsians! Courtesy of our friends at TechBargains, we have another round of deals to share..

Corden: Chubby people don’t get to have sex in films

admin - April 2, 2019
0
James Corden has hit out at the absence of "chubby" actors from leading film and TV roles, bemoaning..