I woke up extra early with my mother to watch the wedding of Harry's mom, Diana Spencer, to his father Prince Charles, when I was a child.I kept a scrapbook (God, do they even make those anymore?) of the wedding and chronicled the royal family through both the births of Prince William and Prince Harry.I watched "Monty Python" films growing up, even if I didn't always get the jokes.As an adult, I can quote from the British television show "Absolutely Fabulous" and have gotten into more than a few arguments about why Ricky Gervais's original "The Office" is far superior to the American version (no disrespect to Mr. Steve Carell, who I had the absolute pleasure of interviewing last year about his film, "Welcome to Marwen"). So, I was beyond thrilled when Markle, a divorced American black woman, married into the royal family — and, once again, I got up at the crack of dawn for a royal wedding."The Crown," the hugely popular Netflix series which dramatizes the reign of the current Queen Elizabeth, is delicious viewing for Anglophiles like myself.The new season debuted on Sunday and I was doubtful I would enjoy as much because of the new faces in the cast. 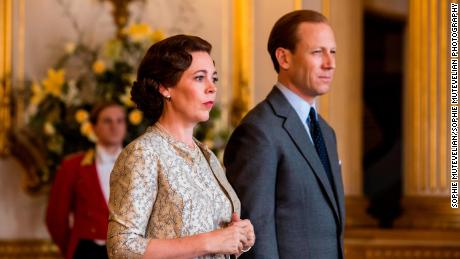 Gone are Claire Foy and Matt Smith as Queen Elizabeth and her husband, Prince Phillip replaced by Academy Award winner Olivia Colman and Tobias Menzie in those roles.Helena Bonham Carter is the new Princess Margaret and the royal heir, Prince Charles, has now grown up and is being portrayed by Josh O'Connor.Weirdly, the new cast didn't feel at all odd to me. It's as if the original actors simply aged and here they are now.Colman's queen plays into that in a scene involving a stamp with the likeness of the earlier queen (Foy)."A great many changes. But there we are,&quoRead More – Source

admin - October 14, 2018
0
Universities in Europe are joining forces to understand “social robots” and how cyborgs will change ..

Next Star Wars to use unseen footage of late Carrie Fisher

Take a virtual tour of the Museo Galileo in Florence, Italy

admin - January 4, 2018
0
"X-Files" creator Chris Carter left a sprawling mess behind to close the first season of this long-d..