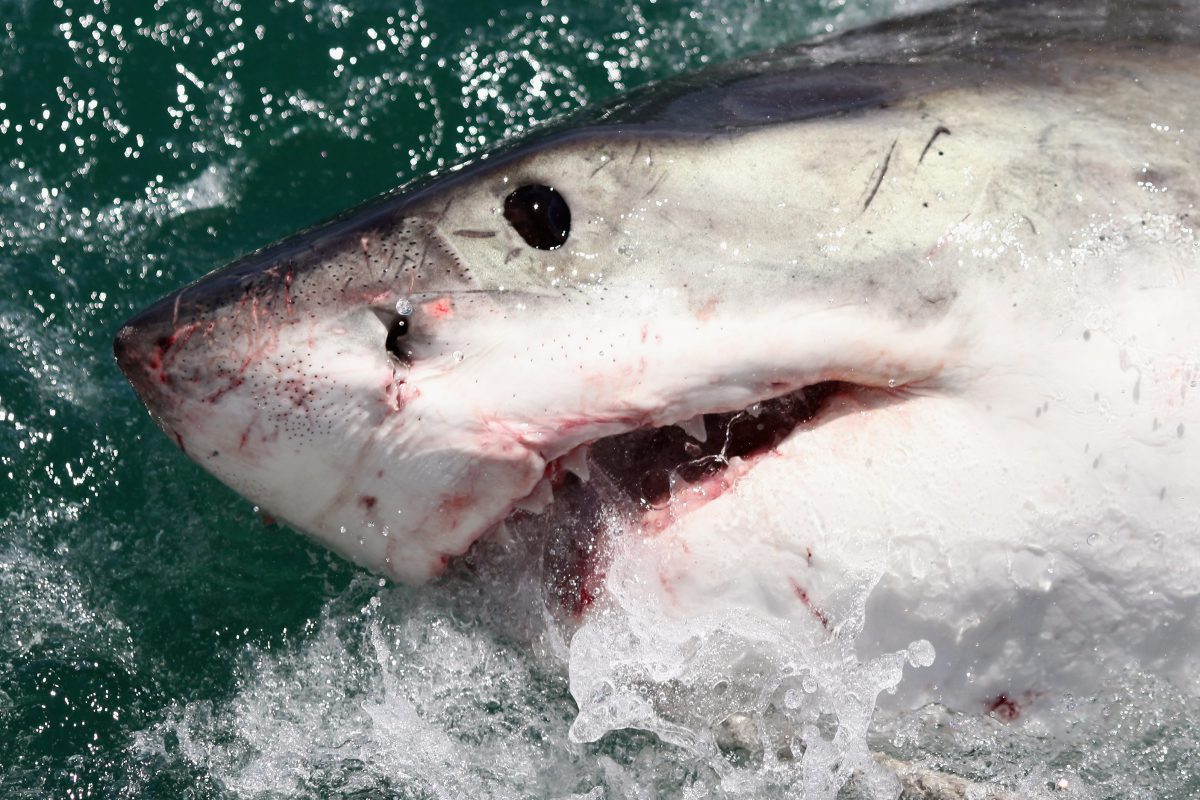 Two San Diegan men could be forgiven for thinking they are the luckiest pair in the world after surviving a great white shark attack off the shore of Southern California on October 5.

Bill Powers and Danny McDaniel were enjoying what started as a weekend of camping; scuba diving, and kayaking in Camp Emerald Bay at Santa Catalina Island, 29 miles southwest of Long Beach.

While the men were on a typical kayak journey, one of the biggest sharks they had ever seen suddenly attacked them near Ship Rock just after 4:30 p.m. local time.

“An approximately 14-foot-long great white shark chomped down on the back end of Dannys kayak [and] punctured it, leaving a very wide bite mark, and left two of his teeth in the kayak,” Powers told the San Diego County Dive Reports group on Facebook. “Exciting times for the kayakers.”

Powers confirmed the bite mark measured 19 inches long and was “mere inches from Dannys butt,” while two teeth the marine creature left behind were each about one and three-quarter inches wide.

“Based on the size of the teeth, the shark may have been even bigger than estimated by the two kayakers,” Powers said on Facebook.

McDaniel was measuring his heart rate at the time and could identify the time the shark attacked as being between 4:30 p.m. and 4:32 p.m. based on the sudden increase in his heart rate to 132 beats per minute.

“I think I pinpointed the exact moment it happened in time,” he said on Facebook. “[Here is a] better graph with [the] exact time and heart rate.”

Cardi B says her breakup was not for publicity

Sacramento To Spend $400,000 Cleaning Up After Squatters And The Homeless

The US border is bigger than you think

A new show at the Barbican explores the aftermath of an...

Prince dies, refused to be buried with queen

admin - November 22, 2018
0
Turnaround investor Melrose said today that it is trading in line with board expectations after buyi..