Born Rose Marie Mazetta on August 15, 1923, in New York, she began performing at age 3 by winning an amateur contest that took her to Atlantic City, New Jersey. She soon began performing on network radio.During a career that spanned nine decades, Rose Marie — who went only by her first name professionally — was also famous for appearing for years on the game show "The Hollywood Squares," which featured celebrities sitting in boxes on a life-size tic-tac-toe board. The website IMDb says she appeared in 629 of the show's episodes.Rose Marie rubbed shoulders with some of the most famous names in show business and beyond. She sang for Presidents Calvin Coolidge, Herbert Hoover, and Franklin D. Roosevelt and was hired by Benjamin "Bugsy"Siegel to perform in Las Vegas along with Jimmy Durante, her publicist said. She also toured the night club circuit with Rosemary Clooney.On "The Dick Van Dyke Show," Rose Marie acted with the TV show's eponymous star and Mary Tyler Moore. After five seasons, she moved on to "The Doris Day Show."The biography on her official website has several of her typical one-liners, such as this one from the New York clubs: "Where else can you wake up and hear the birds coughing?"On "Hollywood Squares," she was asked, "What is the best thing you can do to slow down the process of aging?" Her response: "Lie."Carl Reiner, who created "The Dick Van Dyke Show," tweeted Thursday of his sadness at Rose Marie's death, saying "there's never been a more engaging & multi-talented performer."Rose Marie, he said, "always had audiences clamoring for 'more!!'""I play me in almost everything I do," Rose Marie said on her website. "I play a part to the best of my ability to get a joke out, to sell it, and to do it best."Rose Marie starred as Baby Rose Marie in several of the earliest talking films, according to The National Museum of American History. She donated several personal items to the museum, including her trademark black hair bow and shoes from her radio days.One of those early films was 1933's "International House" with W.C. Fields, Cab Calloway and Bela Lugosi, according to IMDb.Her career earned her three Emmy nominations — all for "The Dick Van Dyke Show" — and a star on the Hollywood Walk of Fame in 2001. 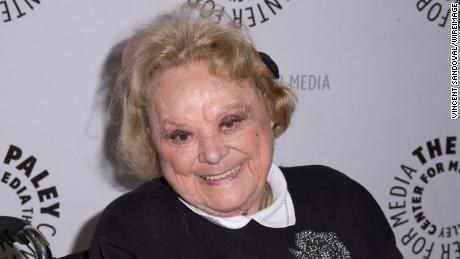 Rose Marie is survived by her daughter, Georgiana Marie Guy, from her marriage to the late Bobby Guy, the first trumpeter for the NBC orchestra on "The Tonight Show."

Mauritius: Paradise, but not as you know it

In a first, Twitter adds fact-check labels to Trump tweets on voting fraud

admin - September 29, 2018
0
Written by CNN Staff This story is part of "Smart Creativity," a series exploring the intersection ..