Police officers met with Davidson in person, NYPD Lt Paul Ng said. Ng would not say where or when the wellness check was done.Earlier Saturday, Davidson posted this message on Instagram: "i really don't want to be on this earth anymore. i'm doing my best to stay here for you but i actually don't know how much longer i can last. all i've ever tried to do was help people. just remember i told you so." He followed the words with a heart emoji. The Instagram account was later deleted. 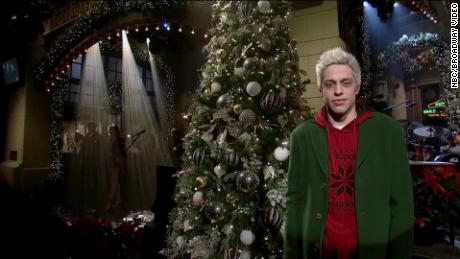 Hours later, Davidson appeared in two segments of "Saturday Night Live."In a pre-recorded skit, he played Mr. Robot actor Rami Malek auditioning for a role hosting the Oscars, and later introduced a live performance by Miley Cyrus and Mark Ronson.This has been a tumultuous year for Davidson, 25. In October, he and singer Ariana Grande announced their very public, whirlwind romance-turned-engagement had ended.On the November 3 show, Davidson mocked the appearance of Dan Crenshaw, a congressional candidate from Texas who lost his eye while serving in Afghanistan. One week later, Crenshaw appeared on the show and received an apology from Davidson. 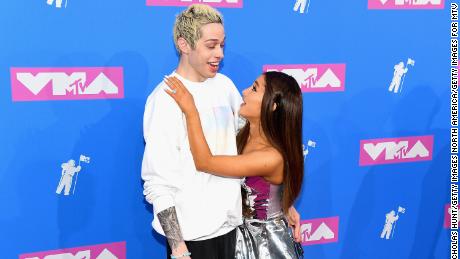 On December 3, the comedian took to Instagam to address bullying he's endured for the past nine months, roughly the length of his relationship with Grande."I'm trying to understand how when something happens to a guy the whole entire world just trashes him without any facts or frame of reference," Davidson wrote.The bullying, he said, has occurred both online and in public."I just want you guys to know. No matter how hard the internet or anyone tries to make me kill myself. I won't. I'm upset I even have to say this," he wrote.Davidson has been open about his mental health struggles in the past, including being diagnosed with borderline personality disorder.An NBC spokesperson said the network isn't commenting on the matter. CNN has reached out to Davidson's representatives but has not heard back.

Hackers steal secret crypto keys for NordVPN. Heres what we know so far

When A Police Deputy Pulled Over An Illegal Immigrant, Gunfire Broke...