The report reveals details of the internal investigation's findings, including allegations three staff members under investigation had "physically threatened and intimidated" a witness.Allegations first emerged last week that a number of staff members, including the country director, had hired prostitutes at Oxfam properties while working in Haiti after the 2010 earthquake.Four staff were dismissed and another three others resigned following the investigation, including former Haiti country director Roland van Hauwermeiren.The names of the other staff members involved in the scandal have been redacted in the publicly available version of the report.In the document, the UK charity said it would be meeting with the Haitian government on Monday to present them with a copy of their findings and apologize.The Haitian government has threatened to expel Oxfam from the country following the accusations."If there has indeed been an infraction … I will not hesitate to revoke Oxfam's right to operate in Haiti," Aviol Fleurant, Haiti's minister of planning and external cooperation, told CNN in an interview Friday in the capital, Port-au-Prince. Fleurant is in charge of the oversight of aid agencies.The staff members were deployed to Haiti in response to the devastating earthquake in 2010, which killed between 200,000 and 300,000 people. 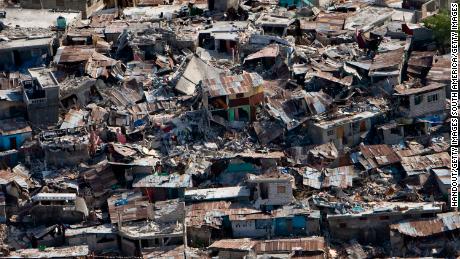 According to the document released Monday, allegations of sexual misconduct were first reported to Oxfam in July 2011 following an email from a source whose name has been redacted. Oxfam said it dispatched a team to Haiti to investigate the allegations and, during an interview with investigators, van Hauwermeiren admitted to hiring prostitutes on Oxfam property and agreed to resign.In an open letter, published by Belgian broadcaster VTM on Thursday, van Hauwermeiren denied sleeping with a prostitute in the villa Oxfam had rented for him."I had up to three times intimate contact in my house. (She) was, in my opinion, a mature honorable lady, not an earthquake victim and no prostitute," he said in the letter. 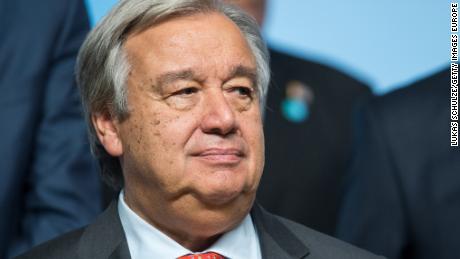 In its 2011 report, Oxfam said allegations the sex workers were under-age could not be substantiated nor ruled out.The report didn't address claims that van Hauwermeiren and his team had been previously reported for alleged sexual misconduct while working in the African nation of Chad, but no action was taken at the time.The UK government said Monday that Oxfam had a "long way to go to restore trust" with the public and the people it serves following the allegations of sexual misconduct, a Downing Street spokesman told CNN.On Tuesday the UK Parliament's International Development Committee will hear from senior officials from aid charities including the current Oxfam Chief Executive Mark Goldring.The international charity, which has offices around the world, has already been severely damaged by the allegations which were first reported by the Times of London in early February.Two high-profile Oxfam ambassadors have resigned in the wake of the scandal, including actress Minnie Driver and Nobel Prize winner Archbishop Desmond Tutu.The charity's deputy chief executive Penny Lawrence also resigned on February 12 following media reports of the scandal, including allegations of a cover-up by management.

admin - January 6, 2019
0
That's why one congressman pledged to re-introduce articles of impeachment as soon as possible,..

From paychecks to pups: Get ready for new laws in 2019

SpaceX and US Army sign deal to test Starlink broadband for...

3 arrested in Philadelphia shootings of 2 children