Overwatch is almost as well-known for its seasonal events as it is for its best-in-class team gameplay.

As well as seasonal events revolving around Chinese New Year, Christmas and Summer Games events, one of the most popular recurring in-game celebrations revolves around Halloween.

To that end, Blizzard has confirmed that a Halloween-based event is coming back to Overwatch this year, complete with a special mode, new skins and more besides.

Here's everything we know about the event so far.

In a new video update, Blizzard vice president Jeff Kaplan announced that the popular seasonal event will be making a return in 2018.

Kaplan noted that another Halloween Terror event will be added to the game at some point this year – though he didn't detail when we're likely to see it (you can read our thoughts on that below, though).

“Its always one of my favorite times of the year," Kaplan reveals in the video. "Theres going to be certain areas (in Overwatch) that look spooky that werent spooky previously.”

So that means – as well as the usual influx of spooky skins – we can expect to see more maps decked out in seasonal decoration.

No details on skins have been revealed yet, though we do know we're going to get a 'Bride of Junkenstein'.

“Ill let you speculate as to who that might be,” Kaplan teased.

To figure out when we'll see Halloween Terror come back to Overwatch, we can examine previous years' times and dates;

The event started on October 11, and ended on November 1

The event started on October 10, and ended on November 1

We'll update you as soon as we know any official timings.

What will be included in Halloween Terror 2018?

We seem to be getting more and more content every year when it comes to recurring seasonal events.

Last year, we saw the game include:

You can bet we'll see more items added to this list in 2018 – including at least one new 'Bride of Junkenstein' skin. 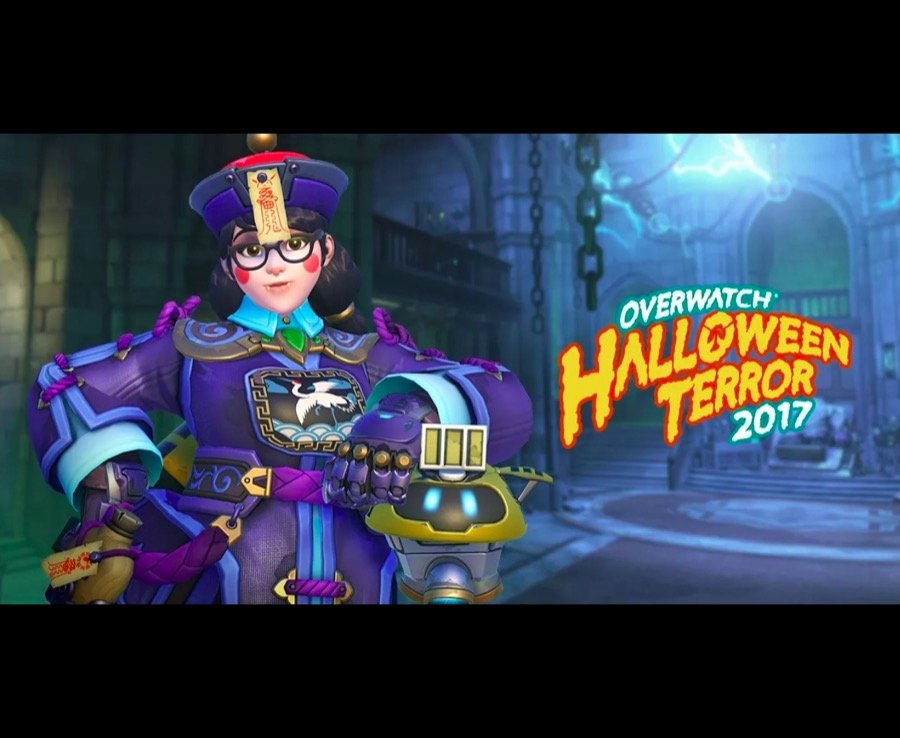 How Much Will Skins (old and new) Cost?

We suspect and assume Blizzard will use a similar structure for the new and returning skins and items for this Halloween Terror event.

So far, an achievements menu on the Public Test Realm for the game has revealed what skins we could be seeing in the game.

The image (which you can see below) has six icons that could potentially reveal which characters will get new threads.

User McManus26 on Reddit has some theories on what these new skins could be, which we've included below:

Scarecrow Hammond. This icon is very similar to Wrecking Ball's default icon. The skin could also be named "Ghost", one of the recently leaked legendary names, but he's not the only contender.

Brigitte or Moira. My money is on Brigitte with a different hairpiece/tiara to hold her bangs rather than her trademark pins. Could also be "Ghost", or "Spider Queen" if the hairpiece is indeed a tiara, even if I'm naturally inclined to think a spider skin would go to Widowmaker.

Winston. I've heard some Doomfist speculation on this one, but Winston is the only one to have his big monkey nose included in his player icons. Looks a bit like the Creature of the Black Lagoon ?

Knight Pharah. The shape of the helmet is exactly the same. Pharah is also a character that wears armor, and could easily get a fun medieval twist – while Brigitte and Reinhardt are already medieval themed, which would make a skin following that theme a bit pointless.

Slasher Soldier:76. Between the facemask theme, the scar across the face and the similar hairstyle, this one is the most obvious. The leaked "slasher" is obviously a Friday the 13th reference.

Bride Sombra between the similar haircut, the dual highlight in the hair (which I think is what spawned this skin to begin with : Sombra already had 2 bride-like strikes in her hair) and the coat collar, it's a lot of hints towards Sombra.

As an afterthought, it seems they are going with a "Classic horror movies" theme this year. The Slasher and Bride skins are the most obvious to support this, but the scarecrow could be from the TV classic "Dark Night of the Scarecrow", and of course if Winston is indeed the Black Lagoon creature then he would represent the timeless Universal Monsters.

What do you think?

Residents blame utility for wildfire that contributed to mudslides

New gaming super router aims to give you the online edge...

Trump orders US companies to find an alternative to China

Fortnite Cube: Where is the Cube? When will it move? Where...