But Bonin is an experienced mother of seven, and she'd never seen any of her children so sick. She brought Adrian to the emergency room at Children's Hospital New Orleans, where he was, indeed, diagnosed with influenza. Adrian is in good company during what has proven to be an extraordinary fall for the flu in parts of the country, causing strain and long waits in the emergency room in some hospitals. At Children's, they've seen more than 1,400 cases of the flu so far this season, compared to nine cases at this time last year. At Ochsner Health System, the largest nonprofit health system in Louisiana, there were 6,909 cases of the flu in November — that's 1,385% more cases than what it saw in November 2018. "You never hear of flu being this powerful in November," Bonin said. "Adrian was so sick, he couldn't even function, he didn't even want to read a book or look at his iPad." The US Centers for Disease Control and Protection divides flu activity into 10 levels, and in the week ending November 23, Louisiana and four other southeastern states, plus Puerto Rico, had the very highest level of activity. In the same time period last year, only two states had reached the highest level. In fact, in the past 10 flu seasons, there have never been this many places with the highest level of flu activity at this time of year. And flu is spreading fast. In the week ending November 23, 10 states had widespread activity. Just one week before, only six states had widespread activity. "This acceleration this early is quite remarkable," said Dr. William Lennarz, a pediatric emergency care specialist at Ochsner. 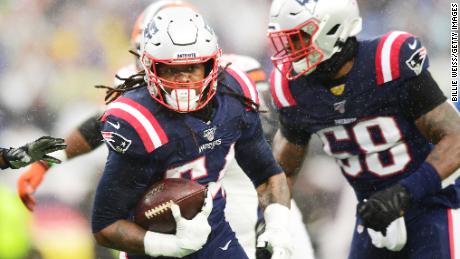 Children are being hit particularly hard this year. Influenza B, which is typically more severe in children than adults, usually appears in relatively small numbers toward the end of the season, but this year it has already made a major showing. At Children's, for example, all but 46 of their 1,433 cases have been influenza B. When flu hits this early, not everyone is vaccinated. Adrian, for example, had not received a flu shot when he was struck with the flu. "It's concerning not to have kids immunized and protected when the flu starts to circulate," said Dr. Amanda Jackson, primary care medical director at Children's Hospital New Orleans. "If it stays like this, influenza B is going to impact kids, and that's always hard," said Lynnette Brammer, team lead of the CDC's domestic influenza surveillance team. Read More – Source

NYT: US ramps up cyber attacks on Russia

The US will need a lot more neodymium if it wants...

Nine shot at a large gathering in upstate NY

admin - June 23, 2020
0
The incident started late Saturday night when officers responded to a complaint about a stolen vehic..