In approaching the very new technology of real-time ray tracing, NVIDIA has released a line of graphics cards that are built specifically to support it and with numerous software updates, it seems that performance using the RTX cards and the ray-tracing technology together is getting much better as time progresses.

NVIDIAs most expensive flagship gaming graphics card, the RTX 2080Ti, is a new player in the scene when it comes to ray-tracing capable cards. The card uses NVIDIAs brand-new Turing architecture which allows for ultra-fast frame rates, higher resolutions and HDR 4K gaming.

With Turing, ray-tracing is becoming even more achievable. If you dont know what ray-tracing is – allow me to show you. Below is Battlefield V, one of the most graphically superior titles in gaming at the moment, and a great way to test out ray-tracing.

Heres a good comparison shot to show you what ray-tracing is like when enabled and disabled so you can see for yourself how impressive the technology really is. Well be covering the tech in much more depth and talk about other cards in an upcoming ray-tracing guide, so stay tuned for that! 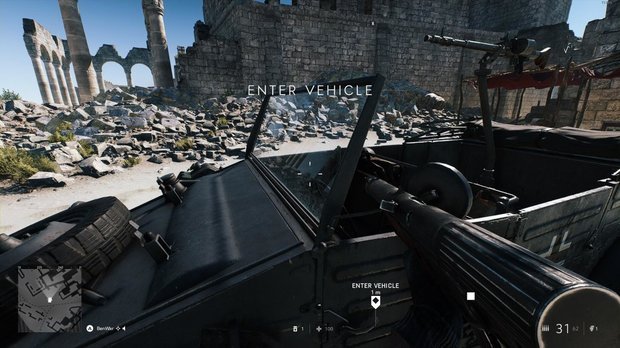 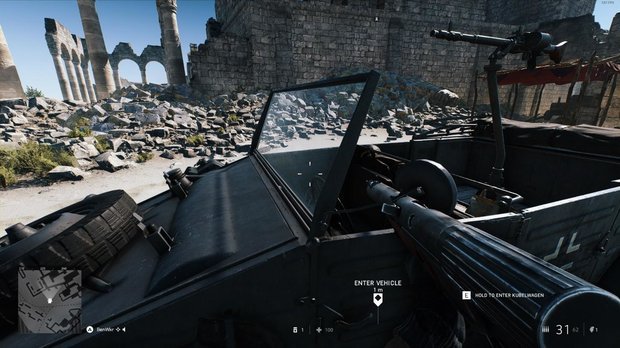 To make it simple – real-time ray-tracing technology allows games to create reflections in glass, water, and more that are incredibly realistic and actually reflect stuff rather than just being flat and dull.

If you have a keen eye, you might spot that the FPS corner in the top right of both photos shows a spectacularly different result. Indeed, ray-tracing in its current state, unfortunately, delivers a devastating blow to performance.

You might notice, however, that regardless of ray-tracing being on or off, the game still hits way above 60fps on maximum settings in 1440p on Battlefield V. Thats because of the sheer power of the RTX 2080Ti – which is an absolute monster of a card.

Ive been using the graphics card for a few weeks now, courtesy of NVIDIA, and its one of the greatest experiences for gaming Ive had in a while. It delivers raw, fast performance which is built for 4K gaming and it delivers extremely well in that regard.

To show you how powerful this card is – heres a benchmark result of playing Tom Clancys Rainbow Six Siege on PC at the absolute maximum video settings you can enable.

For contextual reasons and transparency, I am pairing the card with an AMD Ryzen 7 2700 CPU and 16GB of Trident Z DDR4-3200Mhz RAM. If you dont know what that means or dont care, it basically means that the card is being helped in its performance by a really good processor and RAM.

Of course, that is necessary so that the card can actually achieve what it is built to do without bottlenecking it. Ive played dozens of games with the RTX 2080Ti inside my computer and Ive felt so good been able to crank every single video setting to maximum without having to even worry about framerate at all.

If youre looking for a graphics card that can deliver top-tier gaming performance at 4K resolution and do not care about budget, you cannot go wrong with the RTX 2080Ti at all. But most of us do care about budget, and thats one of the cards major faults.

Get ready. When purchasing this card, you should be expecting to pay around £1,099 for a founders edition reference graphics card. That is a HEFTY price for just one component in what will need to be an already expensive computer setup.

So, if youre not prepared to blow a grand on a graphics card then this really is not for you, and the performance – while fantastic – isnt actually worth the major price hike from lower-end RTX cards or higher-end GTX cards. You could get pretty similar performance (in 1080p though) from cheaper GPUs.

If you want the best of the best and something that cannot be topped, then maybe you could save up to buy this card. I cannot even think of another graphics card that can deliver better performance than the RTX 2080Ti when it comes to gaming. Of course, there are a ton of other cards which are must faster and much more expensive, but they arent actually that great at gaming because theyre not built for that.

In all the games I played with the RTX 2080Ti – which included but wasnt limited to Anthem (kindly supplied by NVIDIA), Battlefield V, Rainbow Six Siege, Fortnite, Forza Horizon 4, Grand Theft Auto V, STAR WARS Battlefront II, and PLAYERUNKNOWNS BATTLEGROUNDS – I never once saw the framerate go under 60fps. Not once. Most games averaged out on Ultra settings at 130-170fps.

Cereal, soda and soup companies are in turmoil

admin - November 30, 2018
0
A massive volcanic eruption that set famine, plague and economic upheaval in motion made the year A...

How one little girl became the face of ‘zero tolerance’

The storm hit. Then they moved… to all 50 states