Friday's update covered several topics, such as the flight history of the pilot and of the Sikorsky S-76B, the weather on that morning and the interaction with air traffic controllers. "These (updates) are usually a little bit of a road map of where the investigation is going to go," said CNN transportation expert Peter Goelz, a former managing director of the NTSB. "If there were concerns about the equipment or anything else, it would be mentioned. "In this case, they focused in on the weather, they focused in on the pilot's interaction with air traffic control, and in the end I'm afraid the spotlight is going to be on the pilot and his decision-making."The NTSB update focused on the facts of the case, including photographs, but did not include analysis. The board will release a determination on the cause of the crash in its final report months from now. "Viewable sections of the engines showed no evidence of an uncontained or catastrophic internal failure," the investigative update said.The board said one witness who was on a mountain bike trail reported he heard the helicopter and saw the blue and white aircraft emerge from the clouds passing from left to right directly to his left. He thought it was on a "forward and descending trajectory."The witness told investigators the aircraft started to roll to the left and he briefly saw its belly. It was only a couple seconds before it crashed about 50 feet below him, the update says. 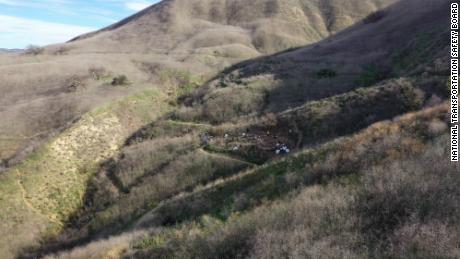 One photograph was taken from a drone that investigators flew along the flight path, as recorded by satellite. The image captures the view of the last reported position of the aircraft. "The last ADS-B target was received at 1,200 feet approximately 400 feet southwest of the accident site," the NTSB said.Another photo, taken by the mountain bike trail witness, shows the fire after the aircraft crashed. 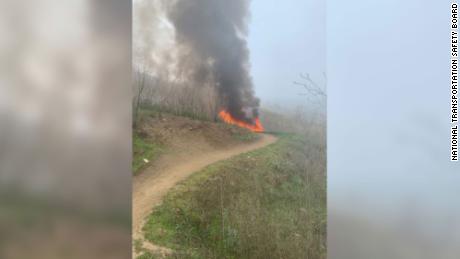 The update found no outstanding airworthiness directives (no safety notices about issues involving helicopter) and that all inspections on the aircraft were up to date.The NTSB noted that pilot Ara Zobayan scored satisfactory grades in proficiency for maneuvers needed in low-visibility conditions. He had proficiency training in inadvertent entry into instrument meteorological conditions and unusual attitude recovery in May 2019, the update says."It really just reinforces the tragic nature of this crash," Goelz said. "It was a perfectly good helicopter. It was well-equipped. And, unfortunately, it was flying in marginal weather. "And apparently the pilot got up into the clouds, realized that he was in a more difficult situation than he had planned on and tried to escape. Or simply lost situational awareness."The helicopter descended at a rate of more than 4,000 feet per minute immediately before it crashed into a hillside, the NTSB said. 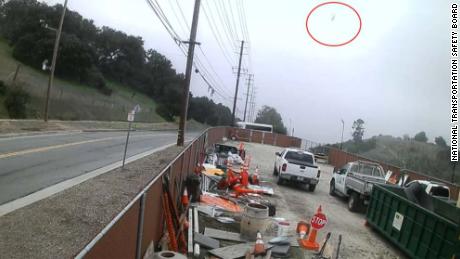 The pilot told an air traffic controller he was climbing to 4,000 feet over US 101 in Calabasas, NTSB investigators reported. Radar showed the helicopter reached 2,300 feet in elevation before making a left turn."Eight seconds later, the aircraft began descending and the left turn continued," the report said. "The descent rate increased to over 4,000 feet per minute, ground speed reached 160 knots.&quRead More – Source

Cheryl and Liam’s body language at the Brits suggest ‘defiance’ but...

CNN Panel On Confronting Lawmakers In Public: There Are Bad People...

He ate a slug on a dare, became paralyzed and died

admin - November 6, 2018
0
So Australian teenager Sam Ballard grabbed the slimy creature and gulped it down. He had no idea tha..