Sometimes the best experiences come from moments of loss. A loss in the real world, which guides us to something to distract, something grand or even something small.

Developers force us as players to lose something each time we play, but most recently weve lost the hand we hold when starting a game. This is no bad thing, it encourages exploration through experimentation.

We are given an item or a tool and told to walk off, use what has been given to us and see what happens. The trend started through indie games, perhaps reflecting the idea that life throws up situations where we cannot know the outcome.

This was, of course, adopted by larger developers who manage to seamlessly weave the concept into vast action games. But, occasionally a game will pop up with very little fanfare and capture the essence of exploration, distilled into this idea of the blind leading the blind.

Most of us play with reaction, noting that the concepts of real life are often transplanted into the games we play. If we throw this rock, it will break a fragile surface. It will likely fall to the floor and roll in a direction dictated by physics engines chugging away behind the scenes.

Pick it up and throw it again, watch how glass shatters into new fractal patterns and the rock trundles off in a completely new direction. Theres joy to be had in the simplest movements and actions and given a world where anything goes, we act on instinct.

A small bipedal silhouette is dropped into a world of angular shapes, bold and brightly coloured. With no knowledge prior to entering, one would wonder what the hell is going on. Nothing in the game points to any cohesive story and even the control scheme is left unexplained.

The left stick does what it always does and moves the player around. Quickly discovered is a button to jump, as the little person leaps into the air with gusto. Tapping and holding buttons soon reveals the ability to sprint, to pick up objects and to then throw them. The throw button will punch outwards when not holding anything. 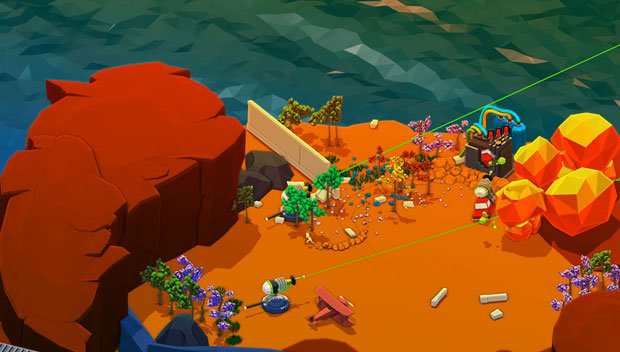 The staff of Team17 have utilised the concept of exploration with wonderful results. Upon finishing a level, even with all requirements completed you may end in retrying the scenario again.

Theres no floating text or bold voice that says to go here and do that. Each level opens with a simple checklist: An early level, asked to free just one human, collect one crystal and blow up some turbine-esque machinery.

A quick look around and theres years of video game experience waiting. Red barrels lay cast aside, switches poke up from the ground that must be linked to the pink partitions, because the white ones look destructible. Team17 uses everything weve learned elsewhere, in other games, allowing visuals to guide us. 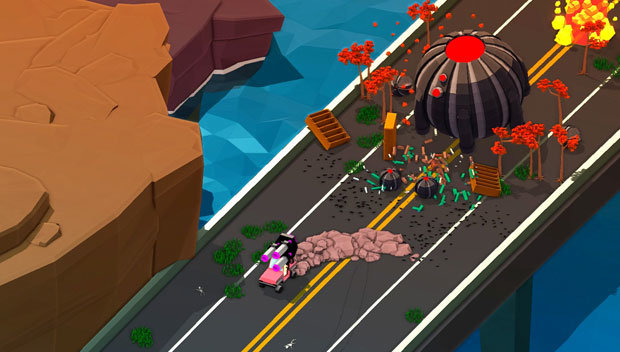 Nearby the tank with the trapped human is a rock. Pick it up and smash the tank. Or use an explosive red barrel, by throwing it nearby. You could also jump into a car and plough straight into the glass, freeing the human inside.

The pink doors, linked to the switches require traversal – hit the switch, move to the door. But what if you park a car nearby, leap onto the roof and up onto the surrounding outcroppings of rocks?

Mugsters, which is a very bizarre name by the way, allows for sheer wondering. Were encouraged by visuals – ramps that lead into new areas that can be leapt with cars; evil enemies throb with a red glow, a sure sign that they have evil intent. 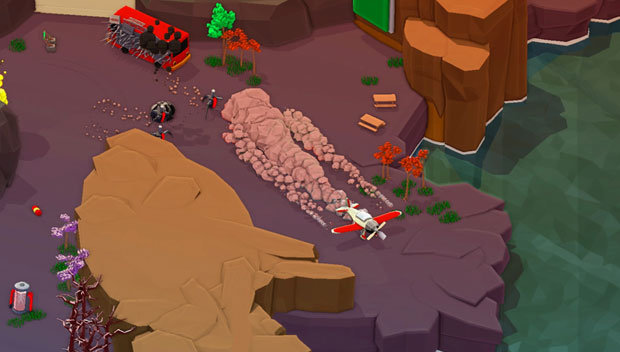 Mugsters targets days gone by. Remember when you were a kid and you made ramps out of books or discarded planks of wood, so that you could launch an RC car? Remember when you and your friends would gather to play after school?

Throwing yourself over divots as if they were bottomless pits or dashing through scratching bushes like they were arrow traps in a forgotten tomb? This game manages to emulate that same feeling of wild abandon and enquiry. It comes down to the way the world exists. The physics engine built into Mugsters is a large part of that charm.

Blow up a wall and watch as the fragments blast in multiple directions. Reload the island and try it again, maybe this time a chunk of masonry will bounce off a wall and hit you in the face causing arms and legs to wave akimbo. 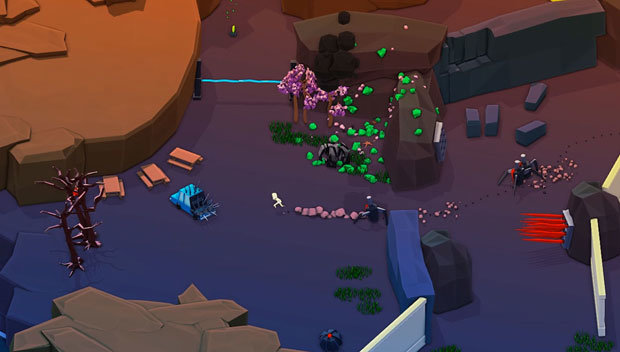 There are puzzles here and there and solutions seemingly vary – press a button, blast a car from a ramp into a huge button on a wall, flick a switch, chance driving through the waves of electricity in a van. Do you blow up the field of satellites with barrels or smash them with a vehicle?

The only downside is that the scenarios arent overly expansive, which might be down to that lack of firm plot. The lack of hand-holding or guidance is lovely for the freedom it gives, but you have to wonder how the game would extend if there was more variety in tasks.

After a time Mugsters can feel a little repetitive, it at least still retains appeal for its subtle story of alien invasion and wonderful visual fidelity.

Enemies do begin to vary after a time, though can feel unfair – large whirring ball, Im looking at you and the puzzles have heart even if they lack in motive – a story would really be of benefit here. However, take the game and use it how you want, theres fun to be had in myriad circumstances. 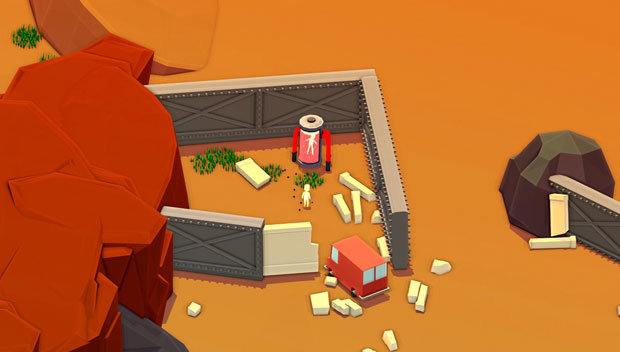 Scenarios will transpire how they want to, almost on a dice roll and thats all part of the fun in escaping to these beautiful little island vistas that act like playgrounds. Sand-box puzzle solving is a lovely idea and while repetition can set in, theres no doubting the charm that Mugsters displays.

Games like this create moments and therein lies the beauty. It might come from outrunning an enemy or grabbing a gem you previously though unreachable. Or it might be when you ram a car into a wall one too many times, only to exit and be blown across the map in an explosion.

Bloodstained: Ritual Of The Night Review – King Of The Castle

Weekend Hot Topic, part 1: What sequel do you never expect...

admin - August 18, 2018
0
Portal 2 – have you given up hope of a third one? GameCentral readers discuss the video game sequel..