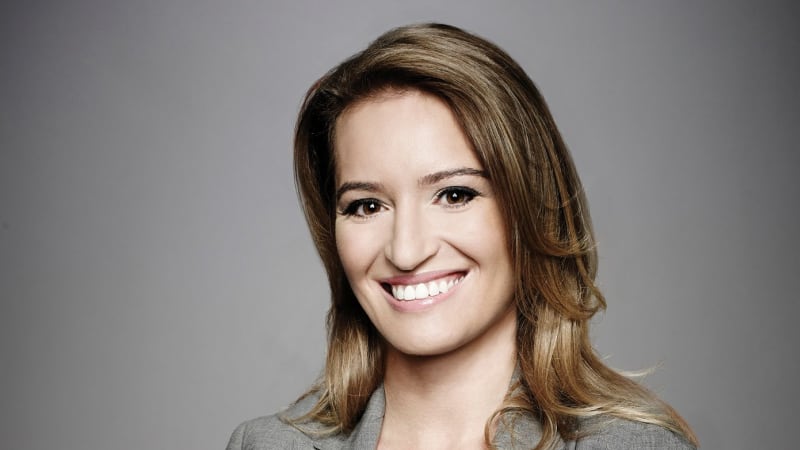 "I was talking to someone high up in the RNC [Republican National Committee] and he said 'it's over: you can't go after a POW. He served this country. No Republican electorate would ever stand for this'," Tur recalls. "And I went to a rally a couple of weeks later in Mobile, Alabama and there were 20,000 people. And I thought 'he's not going anywhere, and the voters don't really care'." Trump, of course, was only just getting started. In the coming months, voters would would hear him "brag about grabbing women by the pussy, denigrate the judicial system, demonise immigrants, fight with the Pope, doubt the democratic process, advocate torture and war crimes, tout the size of his junk in a presidential debate, trash the media" – and 63 million people would vote for him anyway.

Although Unbelievable is a zippy first-hand account rather than a work of political analysis, Tur does attempt to explain Trump's appeal. "Look, I get it," she writes, paraphrasing the supporters she meets. "You can't tell a joke without worrying you'll lose your job. Your 20-something can't find work. Your town is boarded up. Patriotism gets called racism. Your food is full of chemicals. Your body is full of pills. You call tech support and reach someone in India. On top of it all, no one seems to care."

From her position in the press pen – "caged in the centre of the arena like a modern-day Roman Coliseum" – she describes the atmosphere at Trump rallies, crackling with latent violence. She details the vitriol and misogyny directed at Hillary Clinton: the chants of "lock her up," the T-shirts reading "She's A C**t, Vote Trump", "Hillary For Prison" and "Trump That Bitch", and finds there are limits to her empathy. She doesn't mention the shirt reading "Rope, Tree, Journalist: Some assembly required", but those were on sale, too.

As an infant, Tur was soothed to sleep by the static of a scanner tuned to police frequencies. Her parents, founders of the Los Angeles News Service, were pioneers of news-as-live-entertainment, filming police chases, shootings, riots and Madonna's wedding from the air. One could argue that they bear as much responsibility for the current presidency-as-reality-show as anyone.

Tur had worked her way up through WPIX, Fox 5, the Weather Channel and WNBC, but after nine years on air was still a relative unknown when she got the Trump gig. An exclusive half-hour interview at Trump Tower in July 2015, broadcast in full by MSNBC, earned her national attention – and the enduring fascination of the candidate himself.

In December, he sent four tweets calling her "incompetent", "dishonest", and "third rate," after she reported, accurately, that he left a rally in a hurry. The next day, in Mount Pleasant, South Carolina, he called her out by name. "She's back there, little Katy. She's back there. What a lie it was." Tur's mother phones her in tears, worried about her safety.

Trump routinely heaped abuse on journalists in general, and the travelling press pack in particular, but Tur says she felt most scared in Grand Rapids, Michigan, when what began as a riff about Russian President Vladimir Putin became a veiled threat. "They said, you know, he's killed reporters. I'd never kill them," Trump said, with a smirk. "But I do hate them. Some of them are such lying, disgusting people."

"It's a couple of days before Christmas, the arena is packed, and it's a basketball stadium so the seats go very steep," she recalls. "The media, there was like 30, 40 people surrounded on all sides. And Donald Trump leaves, and so does the Secret Service, and suddenly it's like anybody can do anything in there."

She worries that, sooner or later, one of Trump's supporters will take his cue from the President's rhetorical violence against journalists. She has received countless death threats, and last year a man spat in her face outside Trump Tower. In January, the FBI arrested a man who repeatedly called CNN headquarters, telling the operator: "I'm coming to gun you all down."

"I'm extremely nervous about the way the President targets us and attacks us and makes it look like we are the enemy when in reality we're just presenting the truth to the American public. I'm very nervous that people don't see that," Tur says.

"As the editor of The New York Times has said, [President Trump] is very short-sighted. He's thinking only about himself and he's doing extreme damage to the foundation of our democracy."

She mentions Montana Congressman Greg Gianforte, who slammed Guardian reporter Ben Jacobs to the ground, on tape, but was elected anyway. "We've just decided as a nation that that's OK."

The other threat she perceives to freedom of the press is more subtle. In Fox News, the Trump administration has a reliable propaganda network (when the President tweets lines he hears on breakfast show Fox & Friends, it becomes a feedback loop). Sinclair Broadcasting Group, which reaches 40 per cent of American households through its affiliates, fulfils the same function in local news.

In March, Sinclair's presenters were obliged to read a script lamenting the "the troubling trend of irresponsible, one-sided news stories plaguing our country" – or as the President would put it, Fake News. "Unfortunately, some members of the media use their platforms to push their own personal bias and agenda to control 'exactly what people think'," the anchors read, apparently without irony. "This is extremely dangerous to a democracy."

"If you're just switching on to see what happened at your local council meeting or whatever, and your local newscaster, who you trust, comes on and says this, you probably don't think too much about it," Tur says. "And the most dangerous part of it was they made it look like it was the opinion of their anchor – like their anchors wrote it themselves. They personalised it."

Her long-term solution to the collapse of trust in the media is journalism and civics classes for children, starting in primary school. In the shorter term, she'd like to see the media become decentralised, and make more determined and consistent efforts to report outside the bubble of New York, Washington DC, Los Angeles and San Francisco.

Her reward for slogging round the country with the Trump campaign was a presenting job, in the weekday 2pm slot on MSNBC – the irony of calling for more regional diversity in news from behind a desk at the Rockefeller Centre is not lost on her. She says that by the next presidential election in 2020, she'll be ready to hit the road. "I'd like to take the pulse of the country again. I feel a little bit siloed in New York."

Can it be as crazy next time? "I think it can be even crazier."

Unbelievable is published by HarperCollins at $24.99. Katy Tur is a guest at Sydney Writers' Festival, April 30-May 6, swf.org.au She appears at the Wheeler Centre, Melbourne on May 1 wheelercentre.com

Cyberpunk 2077 Release Date is 2019, according to latest news from THIS games expert

A 5-year-old carried a toddler half a mile in Alaska terrain after being left...

Avenatti May Sue Tucker Carlson For Defending His Own Daughter

Halsey is basically a Victorias Secret model as she strips down...

Hollywood has fun with #WhoBitBeyonce

admin - March 28, 2018
0
The internet has been burning up with theories after Tiffany Haddish said in an interview that an un..