Hear more of James Hong's Hollywood tales in the latest episode of Great Big Story, a new podcast by CNN about the delightful, surprising stories all around us.He spoke Mandarin with Keanu Reeves in "The Day the Earth Stood Still." He backflipped his way out of a fight in "Wayne's World 2." He was the supportive, noodle-loving Mr. Ping in "Kung Fu Panda." On television, he was the maître d' in the episode of "Seinfeld" titled "The Chinese Restaurant."Without exaggeration, Hong might be the most prolific actor in Hollywood history. With more than 600 credits to his name, he may lay claim to the most credits of any actor, living or dead.

Inspired by Chinese operas in Minneapolis

Hong's path to stardom started, as many do, as a child practicing in front of a mirror. But he kept his acting aspirations from his parents."Well, you know, Chinese parents want you to do some professional jobs rather than be an actor," Hong says. "Being an actor is like the last rung in the ladder of professions. They don't even call it a profession because it's shameful to demonstrate your feelings in front of an audience. You were taught to be kind of quiet and to keep to yourself."Still, he received some of his favorite acting inspiration from his father's herb shop in Minnesota."All the laundrymen from Minneapolis had nothing to do on weekends, so they would gather at my father's store, herb store," Hong recalls. "I remember that, because we'd have those little wooden stools and they all gathered there, and they hired these Chinese opera people from San Francisco to come and do their thing … I was only a little boy. You watch them with wide eyes, 'Wow! What a profession.'"

He started his career as a civil engineer

To please his parents, Hong graduated from the University of Southern California with a degree in civil engineering. While working for Los Angeles County building roads, he continued to try to find work as an actor and comedian.His big break came on a TV show called "You Bet Your Life," hosted by Groucho Marx."I did impersonations of Groucho, James Cagney, and so forth," Hong said. His appearance was a hit. "I got the second-biggest fan mail ever on the Groucho Marx show," he said.That TV appearance landed him an agent, and with it, the start of a career in Hollywood. 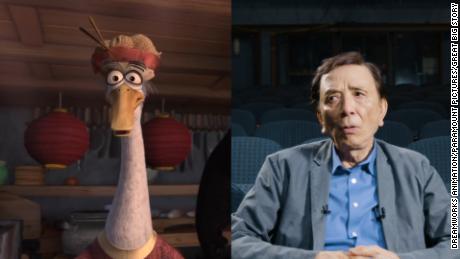 "All of a sudden, they wanted me to be in a movie," Hong said. That movie was "Soldier of Fortune," a 1955 film starring Clark Gable."It was just some kind of experience I never forgot, to act with Clark Gable. Then, right after, I got my union card and I started one after another. I had to quit civil engineering," Hong said.Soon enough, he was acting alongside the likes of John Wayne, William Holden and Jennifer Jones.

Hong battled stereotypes along the way

"From then on, it was 10 movies or TV [shows] a year," Hong recalls. Those early roles, however, were limiting, to say the least."Asians were put into a movie or TV mainly as a gimmick," Hong said. "We were never thought of playing the main roles, the leading people. That's the way it was."Hong began his career during an era of flagrant yellowface in Hollywood, where white actors would routinely play Asian characters. Marlon Brando played an Okinawan local in "The Teahouse of the August Moon," Mickey Rooney played the bucktoothed Mr. Yunioshi in "Breakfast at Tiffany's," and John Wayne played Mongol emperor Genghis Khan in "The Conqueror." Even in "The New Adventures of Charlie Chan" — a crime TV series in which Hong played a supporting role — Irish American actor J. Carrol Naish played the lead as a Chinese American detective."Any other movie that demanded an Asian lead most of the time was played by Caucasian actors with their eyes taped up and their little teeth," Hong said. "I ended up in the early career mostly playing laundrymen, or persecuted Chinamen … it was tough, very tough, to get out of the mold."But Hong didn't let Hollywood's narrow lens limit his abilities."I did the best as an actor to overcome the cliché-ness because I had to in order to keep working," Hong said. "I took those roles and then I used what my teachers had taught me and put the real feelings, even if it's a villain … I try to find what makes the person really that person." 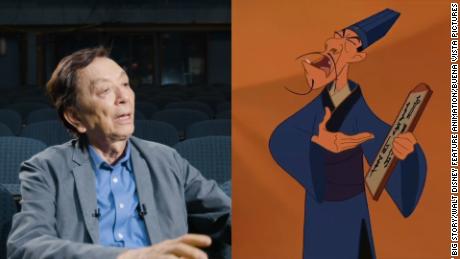 That doesn't mean Hong didn't also stand up against misrepresentation. In 1962, he was given a script for a film called "The Confessions of an Opium Eater," directed by Albert Zugsmith."I read the script, I said, 'This is terrible,'" Hong said. "All the roles were the opium dope people and the prostitutes and so forth."He organized a group of people to approach Zugsmith's office to make a case for a rewrite."I said, 'This is not a good image of the Chinese … You've got to improve the image of the Asians here," Hong said. Zugsmith, however, would not be convinced, and the movie continued on with production.

It led him to start his very own theater company

Realizing that Hollywood wouldn't be able to provide the roles Asian Americans deserved, Hong set out to carve his own space. Along with actor Mako Iwamatsu, Hong helped organize an Asian American acting group in Los Angeles. Their first production was "Rashomon," a stage play based on two short stories written by Japanese author Ryūnosuke Akutagawa and adapted into film by Akira Kurosawa."That started the industry noticing who we were," Hong said. "We weren't just extras, or gimmick people. We weRead More – Source

Forget festivals, the Isle of Wight dances to its own beat

A White police chief lays out why BLM protests matter in...

Tropical F— Storm take tantalising steps out of their own shadow