The HBO drama took a step in that direction over the weekend during what's known as the Creative Arts Emmys, amassing 10 wins — in categories that include visual effects, music, editing and makeup — to lift its all-time total to 57."Thrones" is already the most-honored series of all time, and the most-nominated drama, ranking behind only "Saturday Night Live" — which has the benefit of having been around for more than 40 years — among programs on the latter score.In addition, this year's 32 nominations broke the single-year record for any drama or comedy (the miniseries "Roots" still holds the mark overall), a total that includes seven nominations combined on the supporting actor and actress slates.Still, there are several more milestones that could fall on Sunday, when the main Emmy ceremony is televised by Fox.Three more wins ("Thrones" is nominated in seven remaining categories) would bring the overall 2019 trophies to 13, eclipsing the show's own record of 12, reached in both 2015 and 2016.A best drama victory, meanwhile, would raise the tally in that arena to four, meaning the series would share the throne as most-anointed hour with "Hill Street Blues," "L.A. Law," "The West Wing" and "Mad Men." ("Frasier" and "Modern Family" each garnered five on the comedy side.)Despite the divisive nature of the final season — where complaints about the plot's resolution were magnified, loudly and in real time, on social media — most prediction sites still view "Thrones" as the favorite to claim the top drama prize, and its dominance of the Creative Arts Awards has only fueled that perception.Of course, such an outcome that would surely yield a new round of grousing and griping, but various factors, including nostalgia, appear to augur in the show's favor.For starters, those most vocal in their criticism of the final season probably aren't entirely representative of the wider audience base. Moreover, even among those Television Academy voters who might have been disappointed, the Emmys have historically exhibited an impulse to look beyond a particular year and recognize a program's larger contribution over time — a dynamic that would favor a show that dazzled fans for most of its eight-year run. 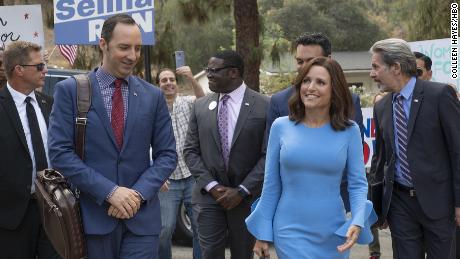 If such sentiment is a factor, "Thrones" might not be the only beneficiary. Notably, HBO's "Veep" is also nominated for its swan-song seventh season, which could earn the show its fourth best-comedy Emmy. In addition, star Julia Louis-Dreyfus has the chance to make another bit of awards history, potentially breaking the record of eight acting Emmys that she cuRead More – Source

Forget festivals, the Isle of Wight dances to its own beat

Sylvie Goulard sticks to her guns at second Parliament hearing

Depp and Heard: Who hurt whom?

admin - April 18, 2018
0
Khloe Kardashian is reportedly furious and feeling “blindsided” over reports that her boyfriend Tris..