You can get a taste of it in the below video.

Three months have passed since the launch of Fortnite Battle Royale Season 2 and the very first Battle Pass.

However, in just under 24 hours fans of the game should have a brand new Season to get stuck into and more rewards to build towards with the updated Season 3 Battle Pass.

Epic Games had intended originally to launch Season 3 today, Wednesday 21st February, but a small delay meant that Epic Games needed to push the update back a day.

In a tweet, the Fortnite team told fans: “Season 2 has been extended through February 21! Have you finished your Battle Pass yet?”

So if you've yet to collect everything you want from Season 2, you still have some time left to collect as much loot as possible.

The countdown to Season 3 is on and ahead of this new update to the game, we've collected together EVERYTHING you need to know to get you started from day one.

FORTNITE SEASON 3 – WHAT IS THE RELEASE DATE?

Epic Games had originally planned for Fortnite season 3 to launch on Wednesday February 21.

However, on Friday the official Fortnite Twitter account tweeted to say the release had been pushed back.

They tweeted: “Season 2 has been extended through February 21! Have you finished your Battle Pass yet?” 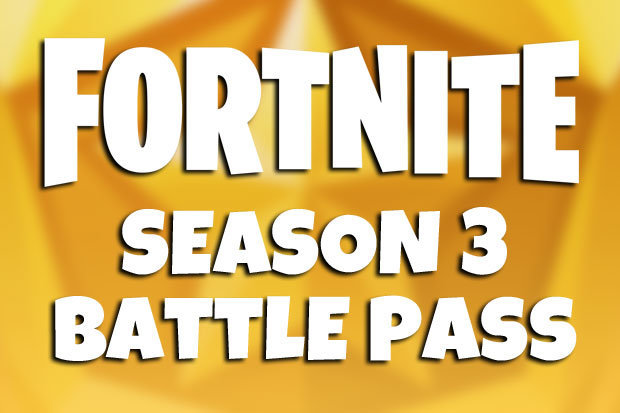 FORTNITE SEASON 3 – WHAT IS THE START TIME?

Aside from the fact that Epic Games have not yet provided an official start time for Season 3, there is another obstacle to overcome.

Season 3 will likely be preceded by a small period of downtime. And that will have a big say on when Season 3 starts.

Because as every Fortnite fan will know, server downtime for the game can sometimes take quite a few hours. Such is the difficulty updating a game with millions of concurrent players all over the world on PS4, Xbox One and PC.

FORTNITE SEASON 3 – WHEN IS THE SERVER DOWNTIME?

Funnily enough, Epic has not yet mentioned if there will be any potential downtime for the upcoming Season 3 update, however, it's pretty much guaranteed to happen.

It's possible that Epic could announce this downtime later this evening, but at the time of writing, we can only speculate.

However, it's worth noting that most Fortnite updates require the game to go offline for server maintenance.

AND, with the start of Season 2 the game was brought offline for a few hours to push through the new update and the games first Battle Pass.

Depending on how long that takes, will also determine the Season 3 start time.

FORTNITE SEASON 3 – WHAT IS THE BATTLE PASS?

The Battle Pass was first introduced at the start of Season 2 but for anyone new to the game, here's an explanation.

The Fortnite Battle Pass enables players to unlock new items for their character. This includes emotes, skins and unique gliders. Although more items could also arrive for Season 3.

The more you play, the more rewards you unlock. And you can level up even faster by knocking out the in-game daily challenges too.

So far, Epic has remained rather tight-lipped when it comes to revealing the new season 3 skins, emotes and rewards.

All that we know so far is that the game will be transitioning from a medieval theme to more of a space age theme.

So far we've only seen one space-themed cosmetic revealed so far, which is the Mission Specialist Outfit. Showcased in concept art last week and seen again in the first official image and gameplay this week.

BUT, that will be just the tip of the iceberg. That's because according to Epic, Fortnite Season 3 will have 30 extra tiers of rewards compared to season 2.

And despite the extra tiers, Epic has also stated that you’ll still be able to complete the Season 3 Battle Pass in the same amount of time as the Season 2 Battle Pass (typically 75-150 hours).

Unlike Season 2, you can no longer purchase the Season 3 battle pass with real money. From now on, you can only buy it with the games V-Bucks.

Here’s how you purchase the Battle Pass for Fortnite season 3:

• Navigate to the Battle Pass Tab

admin - January 3, 2018
0
Victoria Palace Theatre Believe the hype: there's plenty of it. Ever since Lin-Manuel Miranda&..