We've still got a few more days to go before we can get our hands on the new Fortnite Season 3 Battle Pass (details of which you'll find further down) but we do know of another significant change that's also coming.

Prior to revealing their Battle Pass details, Epic Games had already taken to Reddit to tell their fans that they would be nerfing the Double Pump shotgun in Patch 3.0.0 to stop a very specific exploit found by fans.

Essentially, pump shotguns should have a long reload time to balance out their high damage, but fans discovered that switching weapons quickly would negate this. But not for much longer.

"The Pump Shotgun’s high damage is balanced by its long reload time, and bypassing that weakness makes the weapon stronger than intended.

"So, with the upcoming release of 3.0.0, we are making an adjustment to the Pump Shotgun behaviour.

"If you fire the Pump Shotgun and quickly switch weapons, the next time it’s selected it will be forced to pump before firing again.

"This feature will only be enabled for Pump Shotguns, but we will closely monitor other weapon types for similar concerns."

• Stay tuned for more details as we approach season 3 and the release of patch 3.0.0 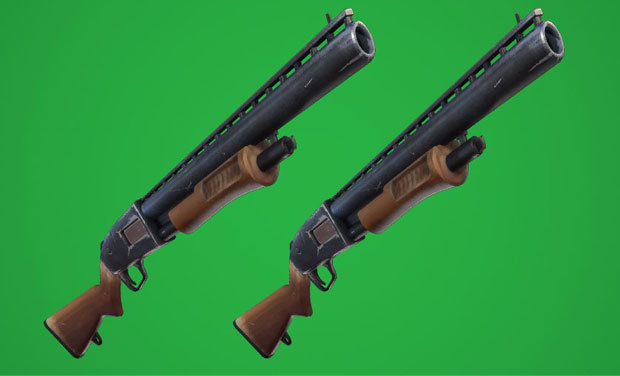 The Double Pump Shotgun is getting nerfed

Epic Games have at last detailed some more information about the Season 3 Battle Pass, especially with regards to the rewards players can expect to recieve.

"New to the Battle Pass? It’s a way to get exclusive loot by playing Fortnite. Then earn or buy tiers to unlock even more rewards!" explained the Epic Games team on the new blog post.

"When you buy the Season 3 Battle Pass, you’ll instantly unlock a batch of great in-game rewards including the new Mission Specialist Outfit!

"As you play during the season, you unlock a series of reward tiers. The more you play, the more you unlock."

The main difference though, between Season 2 and Season 3, is that there are now 30 more tiers in Season 3 – which of course means more loot to gain.

Despite the extra tiers, Epic has also stated that you’ll still be able to complete the Season 3 Battle Pass in the same amount of time as the Season 2 Battle Pass (typically 75-150 hours).

Keep reading for a full breakdown of whats changing with Season 3.

Battle Pass + 25 Tiers (2800 V-Bucks)
Includes access to the Battle Pass and instantly unlocks your next 25 tiers, all at a 40% discount.

When you buy the Season 3 Battle Pass, you’ll instantly unlock a batch of great in-game rewards including the new Mission Specialist Outfit! As you play during the season, you unlock a series of reward tiers. The more you play, the more you unlock.

For the first 70 tiers you’ll receive 70 items, just like last season. The added 30 tiers in Season 3 offer more loot than before. We have designed the boosts and challenges so you can complete the 100 tiers of the Season 3 in the same time that it took you to complete the 70 tiers of Season 2.

"Season 3 lifts off later this week, are you ready to explore the new Battle Pass? #FNBRSeason3" and is accompanied by an image of someone diving from the Battle Bus in a very space age looking outfit.

It actually bears quite a lot of resemblance to some earlier concept art released by the team previously.

All of which is available to view in the gallery above.

Stay tuned for more info as Fortnite continues to tease the release of the Season 3 Battle Pass later this week. 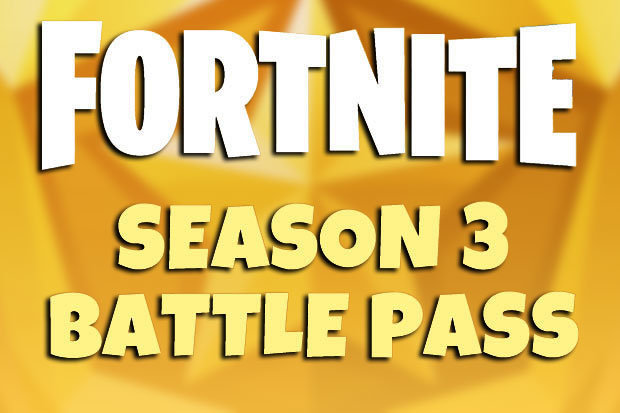 ORIGINAL STORY – 18th Feb – Fortnite Battle Royale players don't have too much longer to wait until the release of the upcoming Season 3 Battle Pass, however, it will be coming a little later than planned.

For those who don't recall, the Fortnite Battle Pass enables players to unlock new items for their character such as emotes, skins and unique gliders.

The more you play, the more rewards you unlock. And you can level up even faster by knocking out the in-game daily challenges.

It was intended originally that the new Battle Pass would arrive this coming Wednesday, the 21st of February.

However, earlier this week the official Fortnite Twitter account revealed that season 2 had been extended, but not for too much longer.

In a tweet, the Fortnite team revealed: “Season 2 has been extended through February 21! Have you finished your Battle Pass yet?”

This now means that Fortnite season 3 will launch next Thursday, which in fairness is weekday that Epic Games has typically used to release significant game patches.

But this isn't the only big change that's coming with the start of Season 3.

Epic Games has also announced that moving forward players will no longer be able to purchase the Battle Pass using real money.

The start of Season 3, as mentioned, will bring with it a new selection of emotes, skins and unique gliders for players to collect.

It's not possible to say exactly how many of these items will be added, but it is worth noting that Season 2 introduced 65+ rewards by the end of the season.

Epic had tentatively suggested that this would take players anywhere between 75 to 150 hours of play.

For season 3 we anticipate that players will have a similar number of items to collect across the season, which is normally over a period of roughly two months.

Epic has already said that in line with the start of Season 3 players can look forward to the new 'Spring It On' event and many more updates to the game.

While there will no doubt be plenty more bug fixes and changes to the game when these forthcoming patches are released, for now this is what we do know is coming to the game in future updates.

• Week 1 of the ‘Spring it On’ questline released!

• Week 2 of “Spring it On” questline released!

admin - April 11, 2018
0
For the past week, they marched with agonizing blisters and slept on gymnasium floors on their way t..

Tucker Carlson: Guys Who Are Literally Armed With Steel Bars And...

admin - February 24, 2018
0
Monster Hunter: World – it only takes a little while to get its claws into you A reader describes hi..