There's no information yet on how long players will be able to enjoy this new mode, but it's worth making the most of it while you still can.

Here's how to solve the Fortnite Week 3 Challenge: ‘Search between a Vehicle Tower, Rock Sculpture, and a Circle of Hedges' 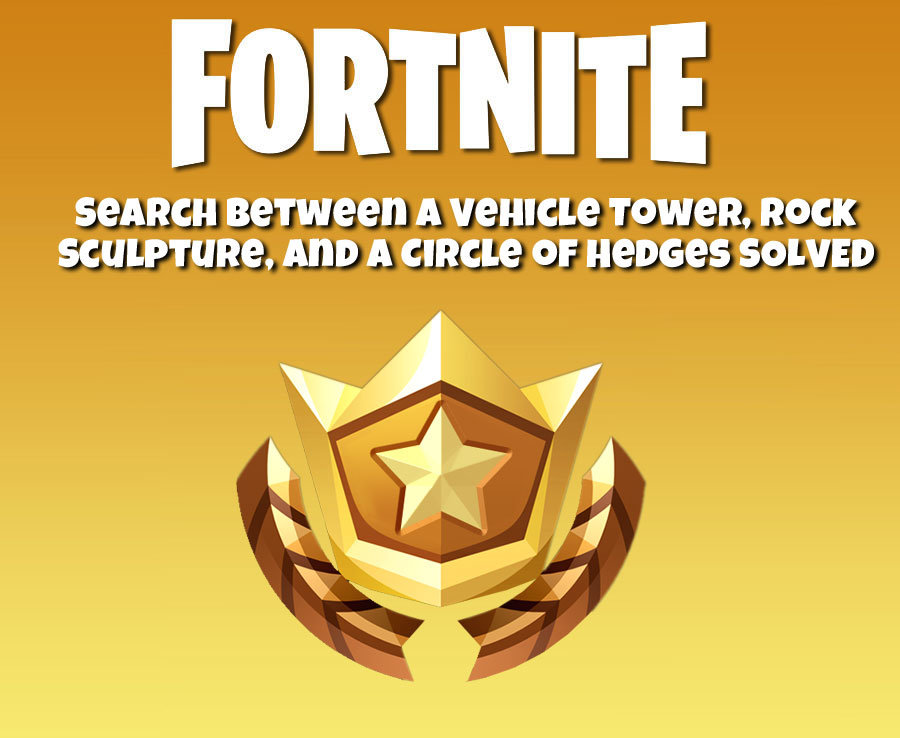 ORIGINAL STORY – Fortnite Battle Royale players have got a brand new limited-time event coming today after Epic officially confirmed the new Blitz game mode last week on Twitter and in the blog post for the most recent update for the game.

Details about the new mode are pretty scarce but from what Epic has told fans, the Blitz LTM is designed to have much shorter storm times resulting in faster and more intense matches.

For instance, when the match starts, the storm circle is already closing in over the island.

There's no official release time for the mode, outside of Epic telling fans it was coming today, Monday 19th.

But we do know a little more about the changes to the game with the LTM thanks to the patch notes from last Thursday's update, which includes the following:

Fortnite Intel has noted previously that following the release of the ‘Solid Gold’ limited time mode that the game had plenty more events planned and in the pipeline.

After releasing the games v.3.0.0 patch dataminers discovered plenty of new Limited Time Modes that had previously gone unmentioned by the team at Epic.

Some of these have featured previously, but a few are new.

Below Charlie Intel provides their thoughts on what some of these new modes could be based on their names:

Faster Rings – This will likely just feature a shorter delay between each circle shrinking without any other changes to gameplay.

High Jump – The ability to jump higher could make for some interesting battles, we’d expect fall damage to be either disabled or less punishing in this mode.

Lots A Loot – We shouldn’t expect any drastic changes such as more chests on the map, but it’s entirely possible that floor loot could spawn more frequently and chests/supply drops could drop multiple weapons.

Low Grav – Very fitting for Season 3’s space theme! A version of Battle Royale with less force pulling you down, sky towers could be very effective if fall damage isn’t something to worry about.

Playground – Perhaps a mode with either unlimited building materials or a multiplier when harvesting. Either way, lots of building.

Sky Supply – Loot obtainable exclusively through supply drops, or maybe just a higher frequency of them.

Steady Storm – No time between circles, the storm is constantly moving in at a steady pace. Looting would have to be quick and battles would take place on the move.

Take To The Skies – Increased frequency of Launch Pad drops or a mode where everyone has access to the upcoming Jetpack item.

Use It – A ‘gun game’ type mode where you’re limited to a certain weapon for either a period of time or until you get a kill.

Rosenstein No Longer Expected To Appear Before Congress

Persona Q2 Review – You Oughta Be In Pictures