Sgt. Brian Miller and Scot Peterson were among the officers criticized and fired for their actions on February 14, 2018, when a gunman opened fire at Marjory Stoneman Douglas High School. The gunman killed 17 students and faculty members that day.On Thursday, the Broward Sheriff's Union announced in a news conference that Miller would be reinstated. He was fired on June 4, 2019 by Broward County Sheriff Gregory Tony after a report from the Marjory Stoneman Douglas Commission.In the report, the commission said Miller arrived on the scene while shots were still being fired, according to statements he made to the commission. After arriving on scene, Miller went behind his vehicle and put on a ballistic vest. Miller did not make his first radio transmission about the shooting until approximately five minutes after arriving on scene. There is no evidence that Miller effectively "directed resources" and no evidence he directed deputies toward the gunfire he heard upon his arrival on campus, the report said. 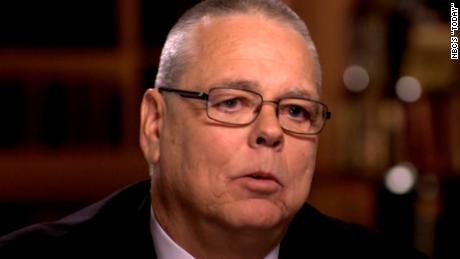 The union says that the department violated a 180-day clause to notify Miller of his termination. He was fired two days after the 180 days expired, which is in violation of the Collective Bargaining Agreement, according to Mike Finesilver, the union's attorney.According to the policy manual, disciplinary action or dismissal may not be undertaken against any deputy for any act, omission, or other allegation of misconduct if the investigation of the allegation is not completed within 180 days after the date the agency receives notice of the allegation by a person authorized by the agency to initiate investigation of the misconduct. Notice to the deputy must be provided within 180 days after the date the agency received notice of alleged miscount. The arbitrator agreed the sheriff's department violated the 180-day clause and granted the union's motion for summary judgment, awarding Miller be reinstated. He will retain his seniority as well as back pay, the arbitrator ruled. Miller, who was present at the news conference, did not speak to reporters.

Responding to the reinstatement, Max Schachter, whose son Alex was killed in the shooting, told CNN affiliate WPLG, "He was a coward. He certainly does not deserve to get his job back, and I hope that the judge that this ruling can be overturned and changed." Schachter also served on the commission.Read More – Source

The fraud risk underlying GDPR’s ‘right to be forgotten’

Melania Speaks Out About Media Treatment Of Son, Barron — It...

Amazon chief to Trump: Its dangerous to demonize the media

How social media hyped nicotine for a new generation