FIFA 18 players might still be waiting for the release of the games new Winter Upgrades – which should have by all accounts dropped last week – but there's still plenty of reasons to be excited to play FIFA 18 Ultimate Team.

For one thing, we've got a new Team of the Week coming tomorrow to keep things even more interesting and it could include some Path to Glory and One to Watch players.

Tomorrow, EA will unveil the 23rd Team of the Week squad for the game's PS4, Xbox One, PC and Nintendo Switch Ultimate Team mode. For anyone new to FIFA Ultimate team TOTW, here's a quick overview:

The FUT Team of the Week (TOTW) is a weekly team of 23 in-form player cards and these players will be boosted with a stat upgrade by EA based on how well they have performed over the last week in real-life football fixtures.

The new FIFA 18 Ultimate Team cards are available from packs in-game but will only be available for one week from 6PM (UK time) every Wednesday. They can also be found in the in-game market, but usually at hugely inflated prices.

Now onto business – while we can't say for definite who will be in the 23 man TOTW squad, there are one or two players who have surely cemented their place this week following some fine performances in the last round of fixtures.

With no English sides in action, it should be a all European affair, but before EA unveils their new FIFA 18 TOTW, you'll find a full prediction of the squad we could see, as suggested by the experts at Futhead, below:

EA SPORTS will soon reveal the new FIFA 18 Team of the Week for week 21. Here is a predicted lineup courtesy of the FIFA Ultimate Team (FUT) experts at Futhead.com 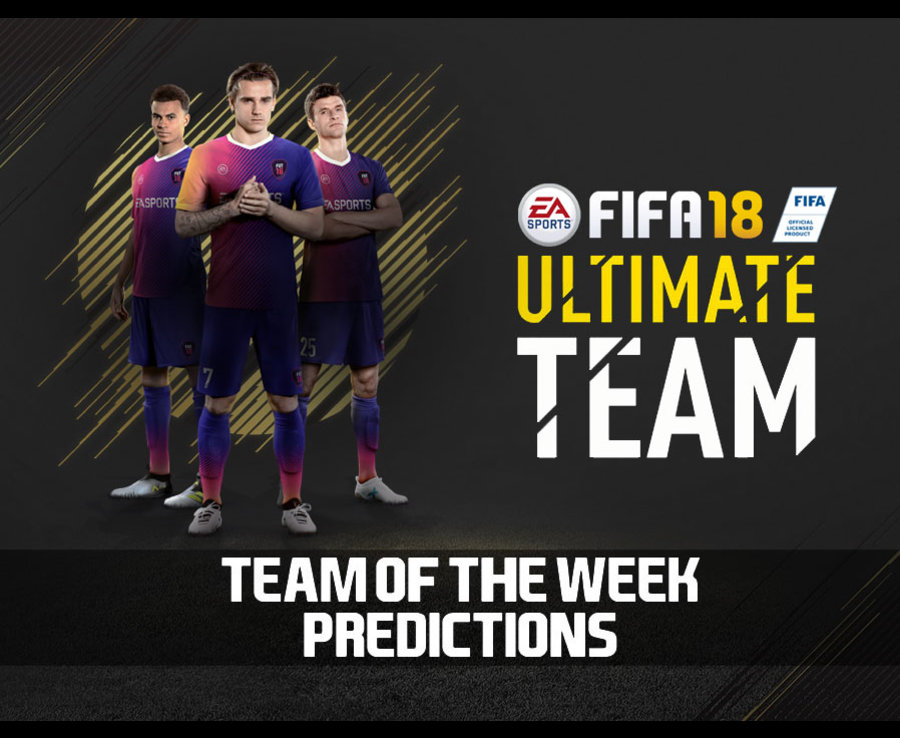 Just above and below you'll find the Futhead prediction for the FIFA 18 TOTW #22 starting XI – based on the most recent round of football fixtures.

For a fully comprehensive breakdown of why they've opted for each and every player, head to: Futhead.com/TOTW23

Below you'll find the Futhead predictions for the Subs and Reserves for FIFA 18 TOTW #22 as well.

The novelty has worn off – let’s ditch Eurovision for Asiavision

Germany: Still no government, 4 months on

Can AI create a masterpiece?

Ben Affleck has the Christmas spirit as he shops for Christmas...