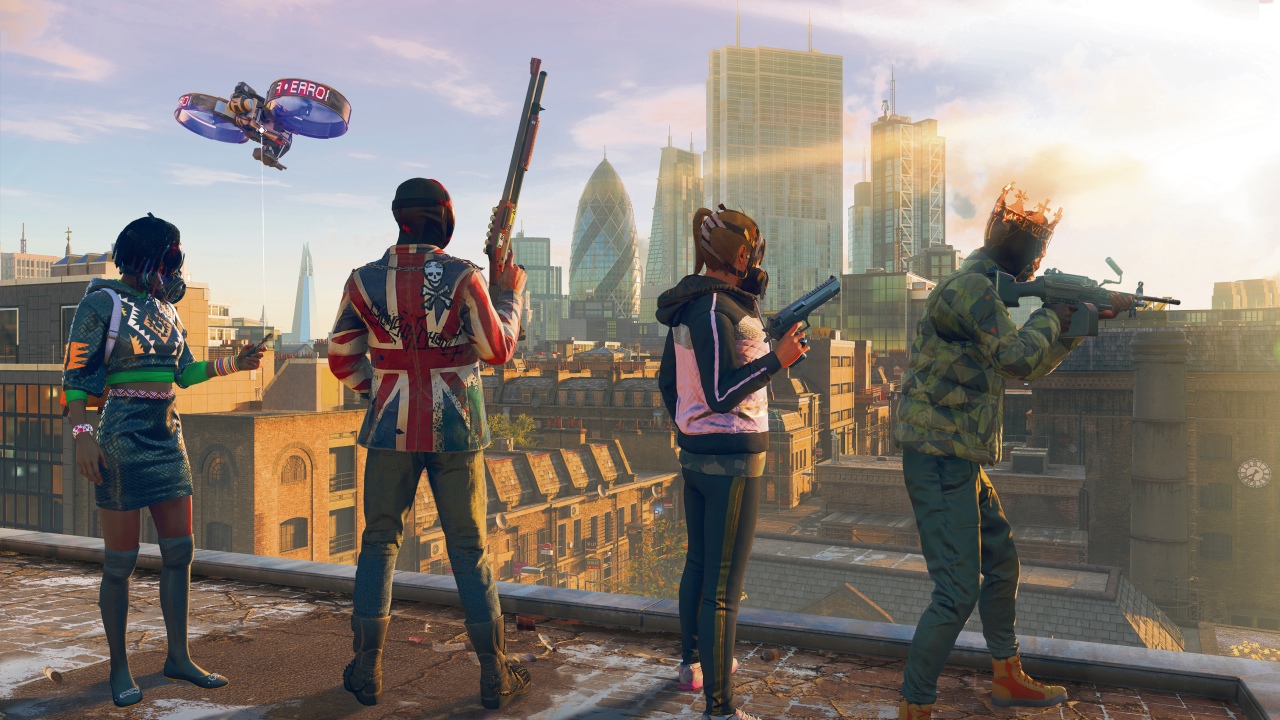 British politics has now well and truly seeped into the cultural groundwater. According to the games French publisher Ubisoft, the latest entry in the Watch Dogs series is set in a dystopian vision of “post-Brexit” London.

The Grand Theft Auto-alike allows you to freely drive and roam around a near-future version of the capital, in which advanced surveillance technology has been used to George Orwell the place up a bit.

Youre part of the hacker resistance, able to recruit members of the British public to join your ranks. In practice this means you can take control of anyone you see, from random pedestrians to little old ladies waiting for the bus, and have them enthusiastically hurl themselves into danger with the goal of freeing the city from the clutches of the tactfully-left-nameless authoritarian regime.
Out March 2020, Ubisoft

While other franchises have matured, adding characterisation, branching storylines and settings that subtly satirise modern geopolitics, Doom has remained defiantly straightforward since conception. You are a man with lots of guns who strolls through a portal to hell to kill as many demons as possible. In this years Doom Eternal, your massacre begins on a Martian moonbase on Phobos, before taking the fight into Hades. New improvements include drop-in multiplayer (a la Dark Souls), and demons that blast into their constituent limbs in an anatomically accurate and bloody fashion.
Out November 2019, Bethesda

The only game anybody really needs to care about, Animal Crossing simulates an idyllic village life where your primary concerns are shaking trees, digging up furniture, and convincing little virtual animals to be your pals. New Horizons – the first entry in the series since 2012 – invites players to set up home on a desert island.
Out March 2020, Nintendo

Death Stranding is the first game by mercurial Japanese director Hideo Kojima following his acrimonious split from Konami. It appears to be an Inception-style psychological drama set in a post-apocalyptic future where the protagonist can flit between different historical conflicts using babies as a kind of portal. Or something. It will star Norman Reedus, Mads Mikkelsen and Léa Seydoux, as well as film directors Guillermo del Toro and Nicolas Winding Refn. The mo-cap acting looks first class and the gameplay appears to have all of the polish of Kojimas genre-defining Metal Gear Solid V.
Out November 2019

Halo Infinite has been confirmed as a launch title for Microsofts new generation console, codenamed Project Scarlett, but the good news for current-gen owners is that it will also be available on Xbox One. The trailer confirmed – as if any confirmation were needed – that Infinite will be more of the silly space opera we know and love, with breathtaking graphics and some nice shooty shooty to boot.
Out late 2020, Microsoft

First announced in 2012, Cyberpunk 2077 is an RPG about a vast, futuristic megacity in which everyones augmented their flesh-bodies with cool bionic eyes and flashy knife arms. Now, with less than a year until its release in 2020, its by far the most anticipated game at this years E3.

CD Projekt Red, developer of the wildly successful The Witcher series, promises an enormous, open-ended sci-fi world to explore, populated by criminal bio-hackers and organ harvesters, as well as a host of characters who all react to your actions, body-mods and appearance. You can upgrade your limbs, hijack vehicles and take on missions as a gun for hire.

Sir Cliff breaks down in tears during BBC trial

An advanced and unconventional hack is targeting industrial firms

admin - February 24, 2018
0
David Zindel is alleging the creators behind "The Shape of Water" plagiarized the play "Let Me Hear ..