As US Secretary of Defense James Mattis made a case for more military funding to counter countries threatening “America’s experiment in democracy,” some members of the House Armed Services Committee questioned the expense.

“In a world awash in change and increasing threats, there is no room for complacency.” Mattis said in his opening statement, naming the threats as “rogue regimes such as North Korea and Iran,” Islamic State (IS, formerly ISIS) and “long-term strategic competition with China and Russia.”

He argued that the lack of predictable funding has “eroded” US advantages in technology and warfighting, and pleaded with the lawmakers to pass a military budget.

“Without sustained, predictable appropriations, my presence here today wastes your time,” Mattis said, adding, “no strategy can survive without the funding necessary to resource it.”

Congress has approved the $700 billion National Defense Authorization Act in December, but an actual budget for the fiscal year 2018 has not been adopted, making the military and the rest of the government reliant on continuing resolutions.

If you threaten us, it will be your longest and worst day – US Defense Secretary James Mattis

Not all of the committee members were convinced of Mattis’ approach to conflict deterrence.

Representative Adam Smith (D-Washington) criticized the defense secretary’s claim that the US was facing the rise of new global powers.

“I don’t believe great power rivalry equals endless arms race,” Smith said. “It becomes a self-fulfilling prophecy. How do we know we have to build massive weapons? We’re not talking to [Russia and China] so we have to presume the worst.”

He also questioned Mattis’ commitment to diplomacy and dialogue as a form of national security and accused the Pentagon of effectively trying to “gut” the departments of State and the Homeland Security.

By pandering to the demands of the Defense Department, “we are degrading diplomacy” he added, calling the disregard for diplomacy “patently absurd and insulting.”

“I’m very concerned right now that we don’t have much in the way of dialogue with Russia”, Smith said.

"I agree we need more communication with Russia, with China, along the level of, I would almost call it, philosophical engagement, as well as operational matters," Mattis told the committee.

Representative Walter Jones (R-North Carolina) questioned the war in Afghanistan, which has lasted for almost 17 years at the cost of $1 trillion and thousands of lives. 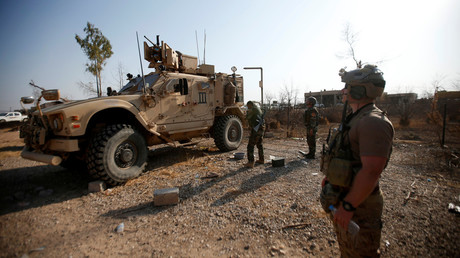 “This country is headed for bankruptcy,” Jones said, pointing out that President Donald Trump ran on a platform of withdrawing from Afghanistan, but has since changed his mind and decided to send more troops.

“No one has ever conquered Afghanistan, and many have tried. We will join the list of nations that have tried and failed,” Jones warned.

Mattis countered that the US was not trying to conquer Afghanistan, but “ensure another 9/11 hatched out there does not happen during our watch.”

An end in Vue: Sony will shutter its streaming video service

Batman movies have long history of bringing out fans’ batty side